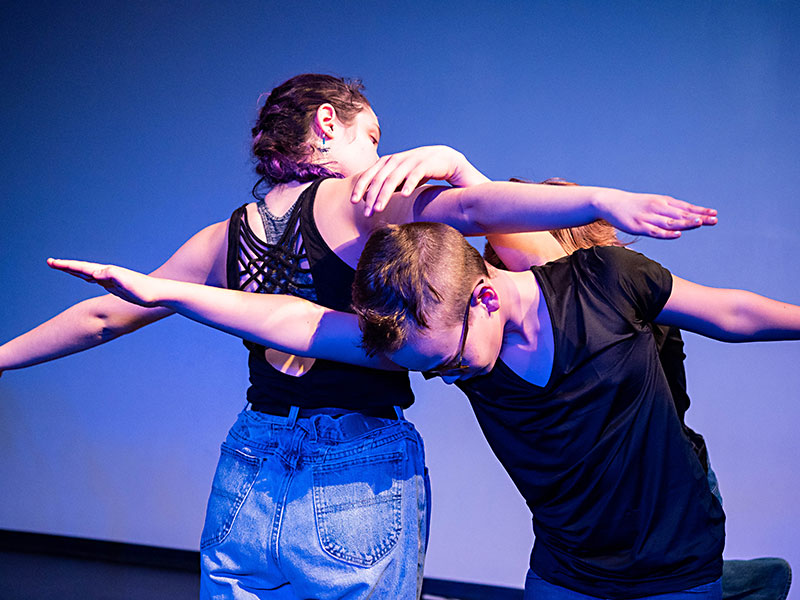 It's a curious thing, this dance show mounted by Violet Crown Players and Diverse Space Dance Theatre. The evening was centered around the notion of memory. "We are made out of memories," read the program notes. "They shape our thoughts, believes [sic] and the course of our relationships." Throughout the choreography, the dancers performed a sequence of independent movements, one at a time, demonstrating isolation and alienation before coming together in a striking tableau. They wore costumes, designed by Toni Bravo and Diana Huckaby, from various time periods – anywhere from the (vaguely) 19th century through the last decade – for much of the show. The overall mood was one of longing.

Yet almost all the dancers were youth performers, who by definition have less experience with memory than adults. This isn't to dismiss a young person's understanding of memory, which, for all that it isn't as extensive, should be valued as much as anyone else's. Yet in this show about memory – the desire for it and its inconsistency – in which so many youth dancers appeared, the performers served more as representations of memory than as bearers of their own understandings of it.

There was a lot to admire in the performances. The dancers were young, and they largely haven't reached the level of technique of a professional. But there were glimmers of future achievement in their movements. Moreover, their dedication to a shared vision was impressive; their bodies might not have fully grown yet, but all of them had committed to what the performance sought to accomplish.

In the moments when an adult performer joined the cast – such as when Toni Bravo danced a duet with one of the younger girls – the strengths of the choreography became clear. Yes, you could see how years of experience and work give a dancer like Bravo exactness and focus, but the younger dancers didn't pale in comparison, because the choreography was created to suit them. (Credit for the choreography was shared by Bravo, Michael Jahoda, Maria Naidu, Vera Ondrašíková, and the cast.) It used what their bodies and their youth could offer and made an appropriate work of art from it.

Staged at the Vortex in a gala performance, Memoirs and Armours featured live musicians with original compositions (Victoria Schwarz, Tyler Mabry, and Fabian Isaola all received credit). Recorded music also played. The overall soundscape was melancholic, reminiscent (to an admittedly untrained ear) of classical Spanish guitar meshed with early Western, sacred music influences – plus some yoga studio notes, thanks to the singing bowls.

Though the show as presented at the Vortex has now closed, the company plans to present pieces from the evening at various upcoming festivals. For those interested in contemporary dance and what can be achieved with growing bodies, it's well worth seeing what these performers can do. 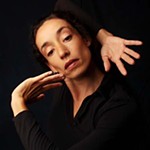 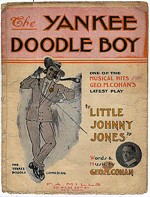