Dying is an art; at this gallery, they do it well 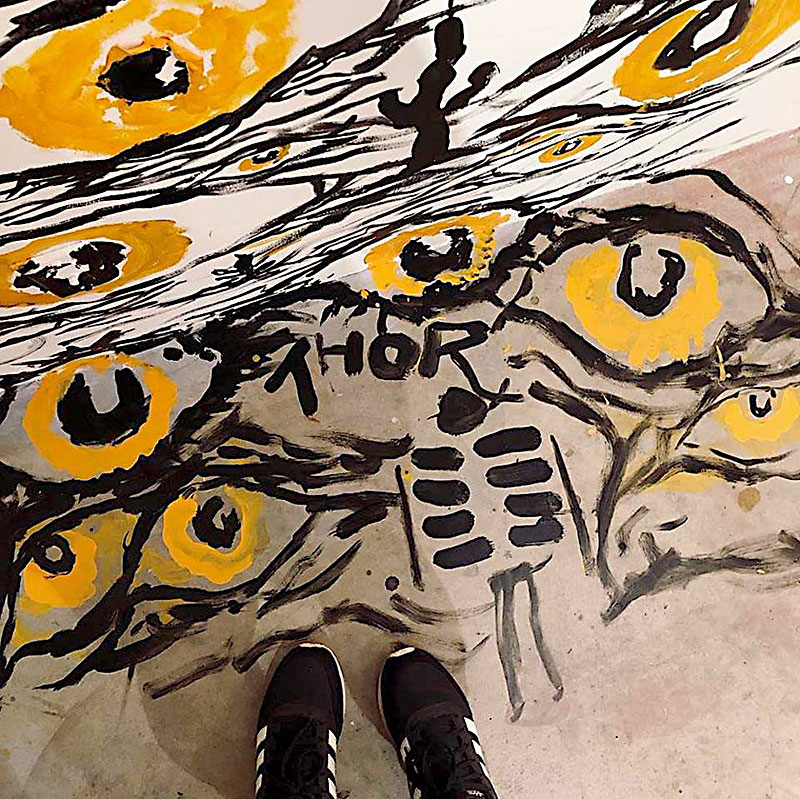 Ars longa, vita brevis, as Hippocrates' aphorism noted back in ancient Greek days. Art is long and life is short – and that's no less true in current times, except that the places in which art may be properly displayed, well, those are beginning to seem as fleeting as the life of a mayfly. Which, we'll mention for those unencumbered by knowledge of the insect world, can be as little as five minutes.

And that's what's been bugging Austin lately: so many established creative venues shuttering because of, oh, the property's been purchased by developers who are gonna turn it into condos, or the rent's increased by a Midas magnitude or two and who can tolerate that for long? March is, for instance, the last month for what's long been known as Flatbed World Headquarters: The once-anchoring Flatbed itself is already 86'd and moving to a new location, and former tenant Gallery Shoal Creek has, after decades, given up the brick-and-mortar body and rapturing its ghost into the machinery of the internet. 02 Gallery and the Austin Book Arts Center and the others, they're all kaput as far as existence in that big beautiful building on East MLK goes.

And Recspec Gallery is going, too, of course. But Recspec Gallery is also commemorating this inevitable death before its next incarnation. Recspec is staging a final show, "Exquisite Corpse," by inviting many of the artists who have shown within its intimate walls to turn those very walls into art, covering the floor-to-ceiling verticals with their powerful flourishes of pigment and pattern, making a myriad marks destined to be destroyed.

What remains of Recspec – until its closing reception on March 30 – is now one long and glorious room to walk into, tell you what, with originals by Thor Harris, Annalise Gratovich, Bayo, Tim Kerr, Vy Ngo, Gigi Grinstad, Christa Blackwood, Eric Redpath, Annie Alonzi, and others: big, gorgeous, eye-popping creations comprising the most exquisite corpse since, uh, since Liberace's funeral, we're guessing.

And – bonus – like most corpses, this final show at Recspec will change over its days of viewing. Curator Laurel Barickman has invited the artists "to continue evolving these works throughout the month," so it'll be some increment of different each time you visit. And maybe it'll be different because of you, citizen.

Note: We're not being cute here; we don't mean the exhibit would be different just because of your presence. We mean that longtime Recspec regular (and frequent co-curator) Holly Bobisuthi, the woman responsible for some of the most striking jewelry we've ever encountered, has enlarged her ornamental metalworking to a sculptural scale for this show. And the displayed Bobisuthi sculpture of bare metal is accompanied by a bottle of salt water ... which visitors are invited to spray onto the metal, thus, via time and oxidation, causing that artwork's surface to rust and degrade as the last days of this gallery draw nigh.

Would that all our ends were so lovely.