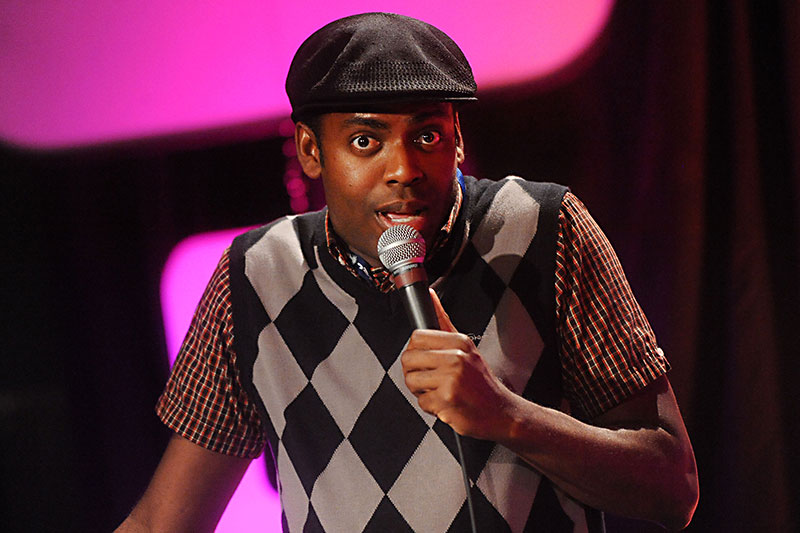 If you think you know what it means to be black, The New Negroes would like to challenge that perception. This comedy showcase with the title that some might find provocative features stand-up by African-Americans who speak about their lives and culture from a variety of perspectives. There's no one kind of black comic or black humor – a fact that comedian/actor Baron Vaughn ("Bud" Bergstein on Grace and Frankie, Tom Servo on Mystery Science Theater 3000: The Return) believed needed some serious reinforcement. So, as a step toward helping audiences experience the full range of black voices working the mic today, he assembled a showcase at the Bridgetown Comedy Festival, taking its name from a phrase popularized during the Harlem Renaissance that identified African-Americans who would no longer submit to discrimination and prejudice. The New Negroes became a hit, returning to the festival annually. Then Vaughn established a monthly edition at the UCB Franklin in Los Angeles, and from there started touring the show to cities across the country. Early on, he acquired a partner in the project, rapper Open Mike Eagle, who infused the shows with music and poetry. By 2017, Comedy Central was interested enough to greenlight a series, and that is now set to debut on the network this spring.

But before you can tune in for the small-screen version, you have a chance to catch the live version at SXSW. Comedy Central is sponsoring an edition of The New Negroes at Esther's Follies this weekend, with Vaughn and Eagle presenting Sam Jay, Josh Johnson, Dulcé Sloan, and more comics to be announced. (Sun., March 10, 10pm, Esther's Follies, 525 E. Sixth.)

A version of this article appeared in print on March 8, 2019 with the headline: Black Laughs Matter 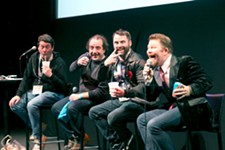