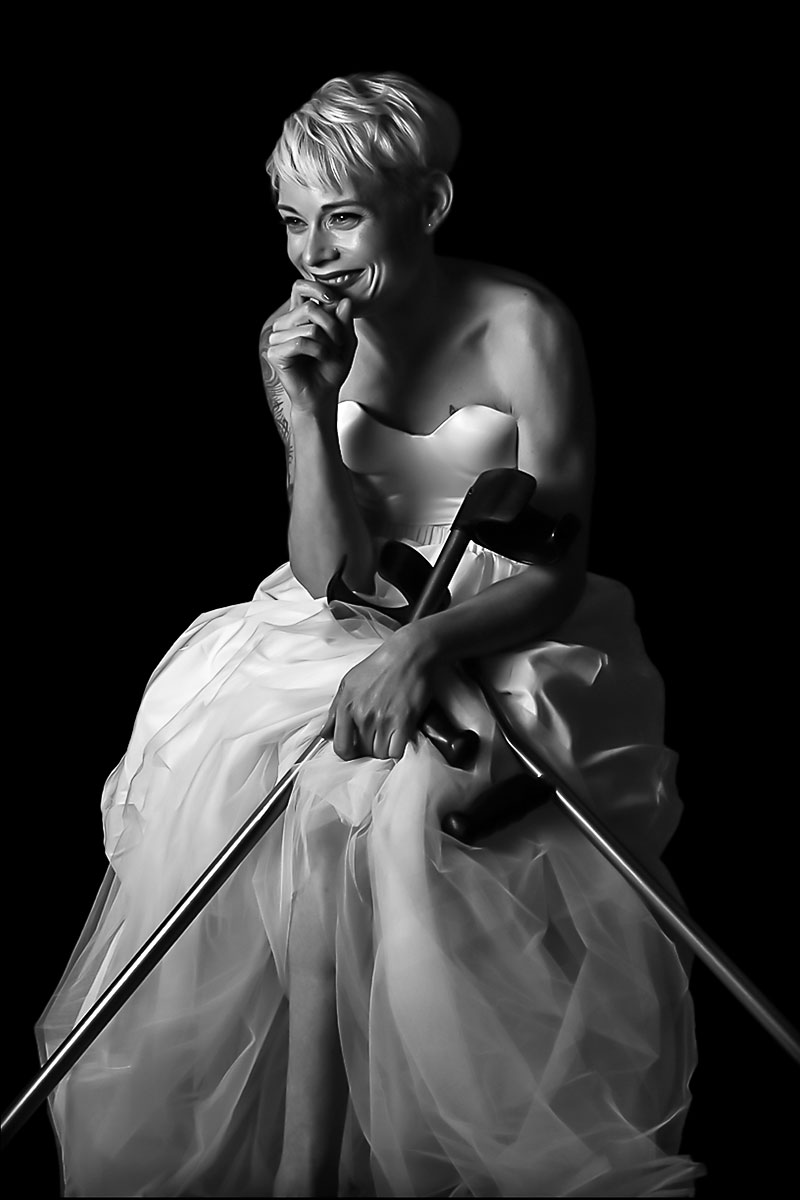 "Sometimes I hear mothers with young children telling their kids not to stare at me," says the pretty blond model, as we talk over the phone. I'd watched videos of her online, dancing with the help of her crutches. Seen her Marilyn Monroe-style photographs – white dress, flirty smile – at the People's Gallery exhibit at City Hall. "I always tell people, 'It's okay. Go ahead and stare.' We are human beings, so we are going to notice difference, but we don't have to make it all of what a person is about."

This model's name is Tanya Winters. She's a 42-year-old woman with cerebral palsy who is, among other things, an accomplished dancer, choreographer, and president of the board of VSA Texas. When she dances, she does so on her crutches, an image many people may not be used to, but a captivating one nonetheless. Photographs of Winters, along with 19 other disabled women, are currently on display at City Hall as part of a People's Gallery capsule exhibit created by the Bold Beauty Project of Texas. The goal of the project is to show disabled women in a new light.

The subject is one that resonates with me. As a queer woman, I've gotten used to being stared at on the street when I hold my girlfriend's hand – mostly. But as the mother of a daughter with cerebral palsy and autism, this mix of hyper-visibility (of difference) and invisibility (of personhood) is something I still struggle with. My daughter walks without crutches but is poised high up on her toes – "like a ballerina," I often hear. Her autism causes her to make noises or occasionally rock back and forth. She slaps the side of her iPad, loudly, rhythmically, even ecstatically, when she gets excited. When she was little, you might miss it. But now, at 12, it's unavoidable. In the eyes of others, her disability defines her. 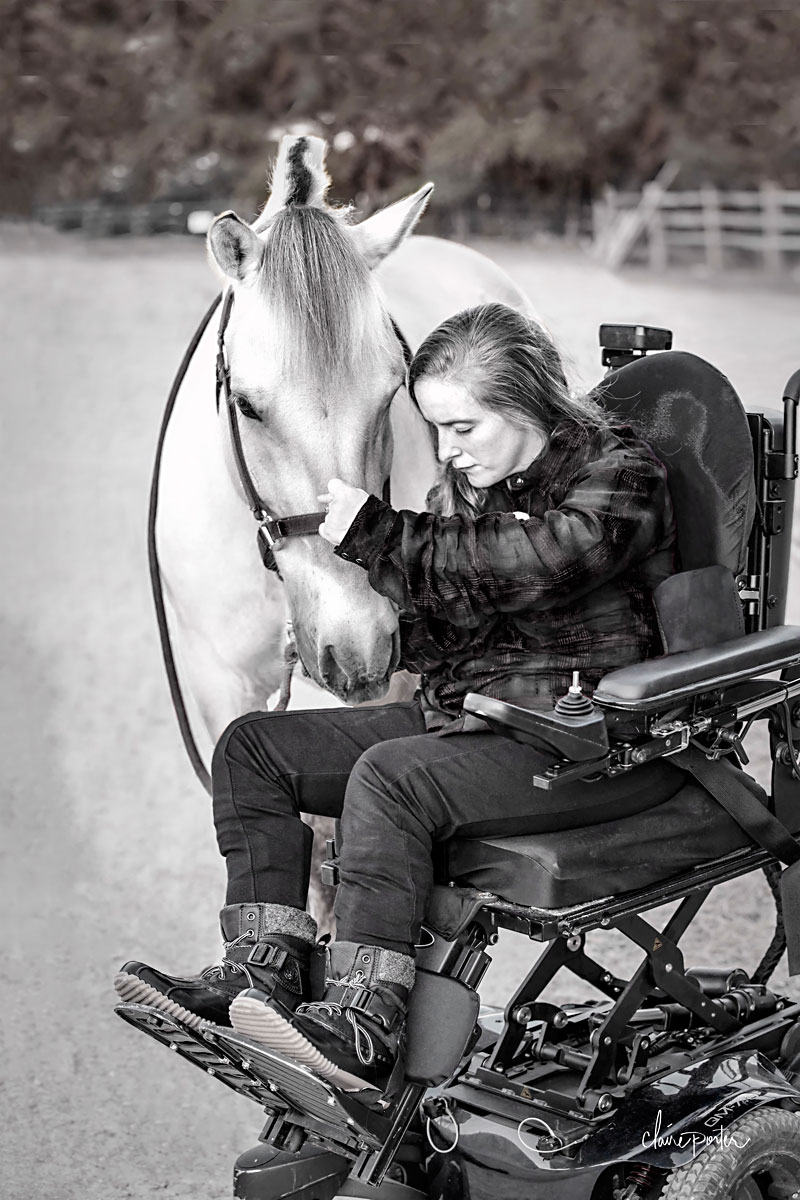 The Bold Beauty Project aims to push viewers beyond this traditional definition. Their photographs ask viewers to look – really look – at the models pictured.

Bob Cook, the project's chair, brought the national program, which has also taken place in D.C., Philadelphia, and Miami, to his small town of Wimberley, after encountering the group during his own fine art exhibition. He met one of the co-founders, Shelly Baer, a woman who lives with rheumatoid arthritis. "I could see Shelly asking herself, 'I'm disabled, but do I have to be considered ugly, too?'" Cook says, pointing his finger at yet another element of disability culture. Normative culture says a disabled body can only ever be viewed as disabled; it cannot, as is the privilege of any able-bodied person, be perceived as beautiful.

Seated in the comparatively tiny burg of Wimberley, Cook originally thought the Texas project would struggle to find models. But Baer simply laughed knowingly. She knew these women wanted to tell their stories and wanted to be seen differently. Sure enough, says Cook, "When we do a pitch to a model, it takes about 60 seconds for them to say yes."

Tanya Winters sees another angle to the Bold Beauty Project, one of advocacy. “Disabled women should not be afraid of being themselves,” she says.

Once they agree, the model meets with their assigned photographer – a volunteer group that now numbers 14 – to collaborate on an image. When in doubt, the model wins. Cook says the focus is less on fine art-making and more on "telling the model's story." Winters sees another angle. The project, to her, is one of advocacy. "Disabled women should not be afraid of being themselves," she says.

For Winters' portrait, she worked with photographer Greg Mitchum to create a blend of four images modeled on one of Marilyn Monroe's iconic looks. Each image, she says, represents a different side of her personality: a shy side, a strong side, a side that is fun and spontaneous. Two of the photographs feature her crutches, one her wheelchair, because, she says, "I use both and both are a part of me." Monroe, to her, is an icon. "To add my disability to that was very important to me and to disability culture," Winters says.

Suzanne Burton, exhibit coordinator for the Economic Development Department's Cultural Arts Division, which oversees the People's Gallery exhibition, says they welcome proposals from groups like the Bold Beauty Project to represent the many diverse communities of Austin. Burton adds that the Project was chosen this year because, "We felt they have a very important message of inclusion, as their quest is to banish any stigmas associated with disabilities and to rejoice in the fortitude, courage, and spirits of these beautiful women."

Walking through the images on the second-floor hall, I relished their diversity. There were women in wheelchairs, blind women, women with traumatic brain injury or cognitive delays, all telling their stories, all beautiful. In one, a model named Dena Cooper, photographed by Claire Porter, sits near her therapy horse as he noses his head to hers. The image arose only after an intense struggle to find something that worked. Nothing seemed to fit. Then, as Dena rested, the horse naturally drew close. The resulting image told Dena's story better than anything else could. On a Project video, Porter asks Cooper what it means to be bold. In halting language I recognize from my own daughter, Cooper answers, "It means I never give up."

For me, tears well. I am inspired. But Winters hopes people move past seeing these photos, as well as the models, as merely "inspirational." "In general, it's always about what [a disabled] person is 'overcoming,' almost like a superhero. I don't want to be a superhero. I don't feel I'm overcoming anything. I feel that disability is part of my life and part of who I am. Obviously, my life is different than someone without a disability, but it's the life I lead and it's perfect the way it is."

The Bold Beauty Project of Texas will also exhibit work in April at the Old Bakery & Emporium, 1006 Congress, and in the Texas State Capitol rotunda in July. For more information, visit www.texasboldbeauty.com.

A version of this article appeared in print on February 22, 2019 with the headline: Beauty Seen 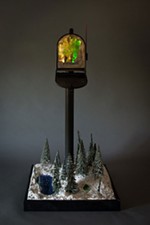 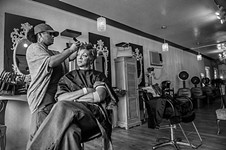 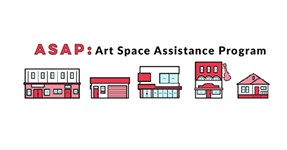