"If you can't afford to travel, the best way to learn about a different culture is through their food," says Gavin Booth, co-founder (alongside local restaurateur Min Choe) of Far East Fest, Austin's Asian food festival, which on Feb. 9 celebrated its second annual all-you-can-eat event in the parking lot of the nearly one-year-old H Mart on Lakeline Boulevard (year one took place on the Austin American-Statesman's grounds).

"Snapshot" spent the uncommonly cold day among 2,900 foodies eating for warmth on that proverbial trip – a delicious tour of specialty morsels from 30-plus local restaurants, plus performances from various Asian cultural groups. 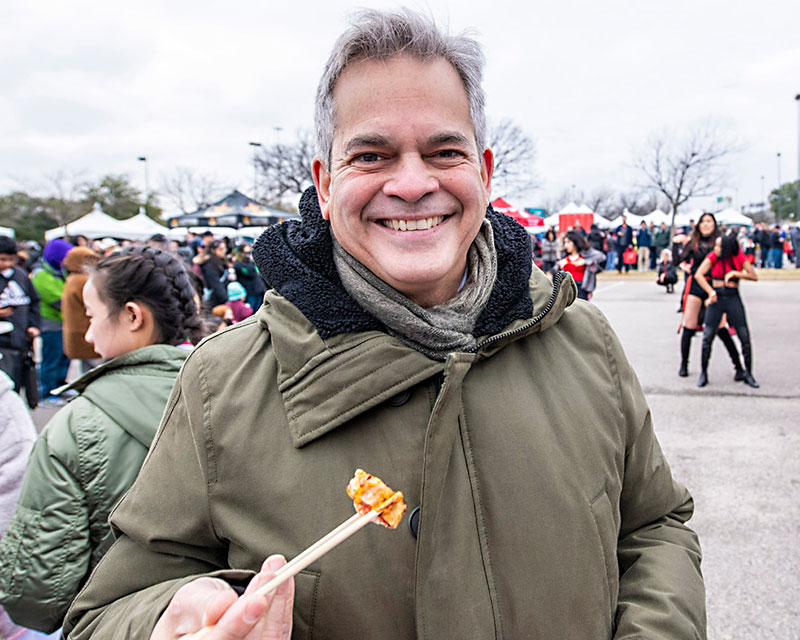 In between bites, Mayor Steve Adler took a moment to highlight the fest's glocal significance: "The Asian community is the fastest-growing subcommunity in our city – it's doubling in population every 10-12 years," he said. "Austin's becoming an increasingly international city, which means that there are more textures and colors and flavors ... [and] the people who are here are reaching out to the rest of the world to find markets for their products or content for what they're doing – that's what this reflects." 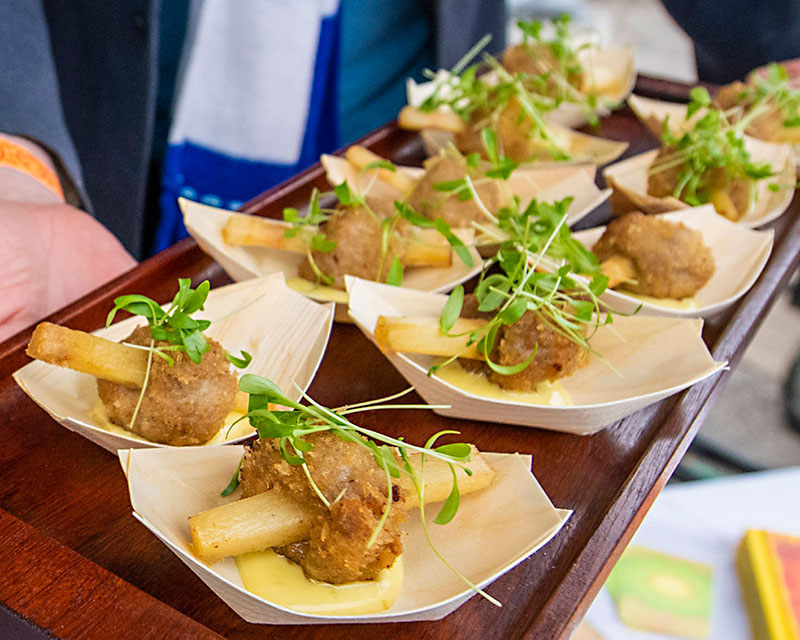 High-end mainstay Sway – "which always has some of the best Thai food in the country," said Booth – defended their 2018 Judges' Championship accolade with their chao tôm (a pork-and-shrimp dumpling wrapped around a sugarcane stick with "so good" aioli). Savory-sweet perfection. Filipino mom-and-pop trailer Tito Adobo (2207 E. Cesar Chavez) garnered the most votes to claim the People's Champion award for their lechon kawali (deep-fried Duroc pork, provided by Tender Belly, on a bed of tangy apple-jicama slaw and fried rice): "Whether you're a fan of pork belly or not, Filipino food is the current or next Asian culture you should be seeing and tasting everywhere," Booth said. In a sea of dumplings, meat dishes, and noodles, "Snapshot" was most tempted by this vegetarian standout: Tso Chinese Delivery's green bean fries (deep-fried in tempura, garnished with sriracha mayo and spices). Seconds (and thirds) may have happened. 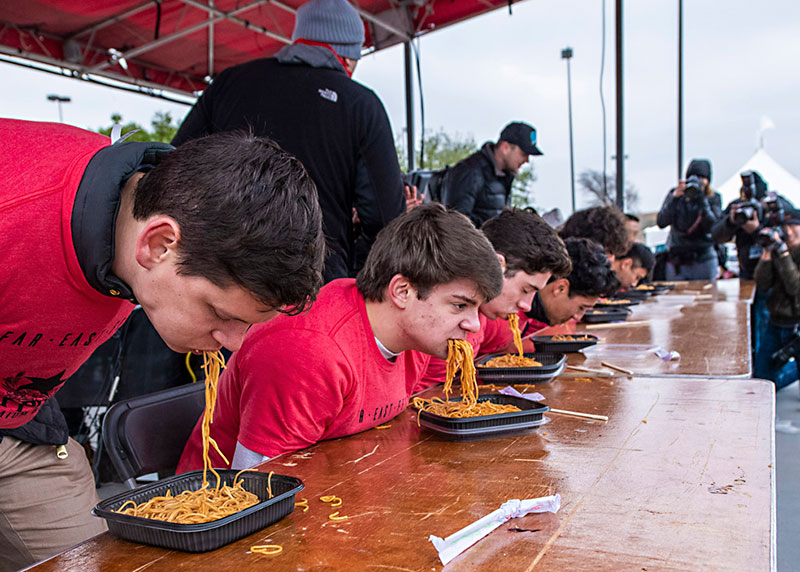 The finale: a no-hands noodle eating contest. Ken Taro (obscured by these other competitors, who he left in the dust) won easily by inhaling a pound and a half of lo mein within minutes. 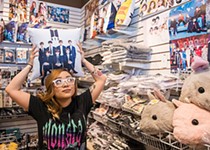