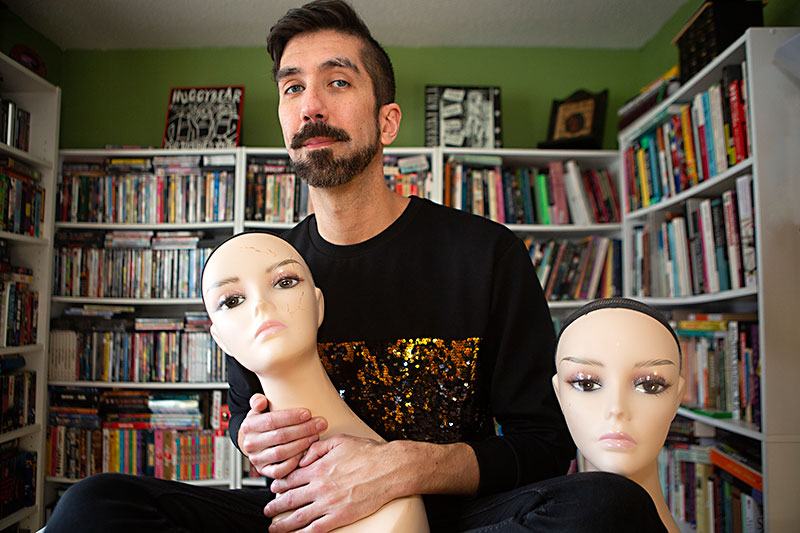 In the life span of a festival, a lot can happen in five years. For Austin's OUTsider – a transmedia art festival celebrating queer, "outsider" art – arriving at half a decade is a major milestone. Or, as founder Curran Nault calls it, a "momentous moment."

And what a moment it is. Earlier this month, Nault learned the city will celebrate OUTsider's fifth edition by proclaiming February 21 "OUTsider Day." The honor, says Nault, shows "we've had an impact on Austin's queer culture." There's no denying that, but OUTsider's impact extends well beyond Texas. OUTsider has become an entry point for international artists. This, says Nault, "resituates Austin, because the entry point for queer artists is usually New York or California." To his point, last year's festival showcased Colombian artist Nadia Granados' U.S. debut, while 2019's festival imports Betty Grumble of Australia's fringe festival scene to perform in the States for the first time. And Nault tells us the Aussie was already familiar with OUTsider. "That's a big change, five years in," he says. "Year one, year two, people were like, 'What is this festival? Who are you?' It's rare that I get that anymore."

Alongside Grumble, the fifth festival's impressive lineup includes, this year's Leg­acy Award recipient, Phranc, the pioneering Jewish, lesbian folk singer; M. Lamar, a genderqueer performance artist best known for playing pre-transition Sophia Burset on Orange Is the New Black; the multidisciplinary satire "Our Future Ends," featuring the return of Heather Ács, Brontez Purnell, Xandra Ibarra (aka La Chica Boom), and Silas Howard; and local theatre artist Jesús I. Valles, performing their acclaimed autobiographical solo work (Un)Documents. As always, there will be shows seeking audience participation, and the beloved Conference on the Couch will once again open the fest Thursday-Saturday mornings. Taking place in Nault's living room, the conference has fostered OUTsider's personal vibe. To better facilitate what Nault describes as a "family experience," the rest of the fest will take place almost exclusively at the Vortex, so artists and attendees can "get to know each other and be really intimate."

Today, Austin is overflowing with queer festivals – from Contrast to aGLIFF to Gender Unbound – but Nault isn't worried about OUTsider getting lost in the crowd. In fact, he finds the scene exciting. Austin, he says, has "always been a place where you can create something new. I'd love to think we're part of that inspiration, but we're also part of a longer lineage of weirdo, outsidery [events]. GayBiGayGay, Camp Camp, all those spaces helped inspire us." That's what we call "the queer circle of (festival) life."

OUTsider Fest runs Feb. 20-24, Wed.-Sun., with most performances and events at the Vortex, 2307 Manor Rd. See more info and the complete schedule at www.outsiderfest.org.

A version of this article appeared in print on February 15, 2019 with the headline: Perfect Fifth 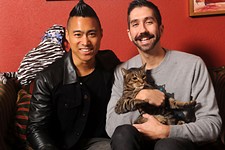