Sculpture garden exhibit shows off Charles Umlauf's range, from his cubism period to a bronze bust of his former student Farrah Fawcett

Even if you're familiar with the Umlauf Sculpture Garden & Museum (605 Azie Morton), how much do you know about its namesake? The museum's latest exhibit, "Umlauf Unveiled: Recent Gifts and Unseen Umlaufs" (open through Feb. 17), seeks to give you the skinny on the sculptor's myriad dimensions.

"This exhibition shares sides of Charles Umlauf that many people have never seen and gives greater insight to sculptures that you may already know, but also introduces viewers to a wide variety of his work," says curator Katie Robinson Edwards. "It helps situate him within an art world context. You don't always get that if you just go out in the garden and see these objects." 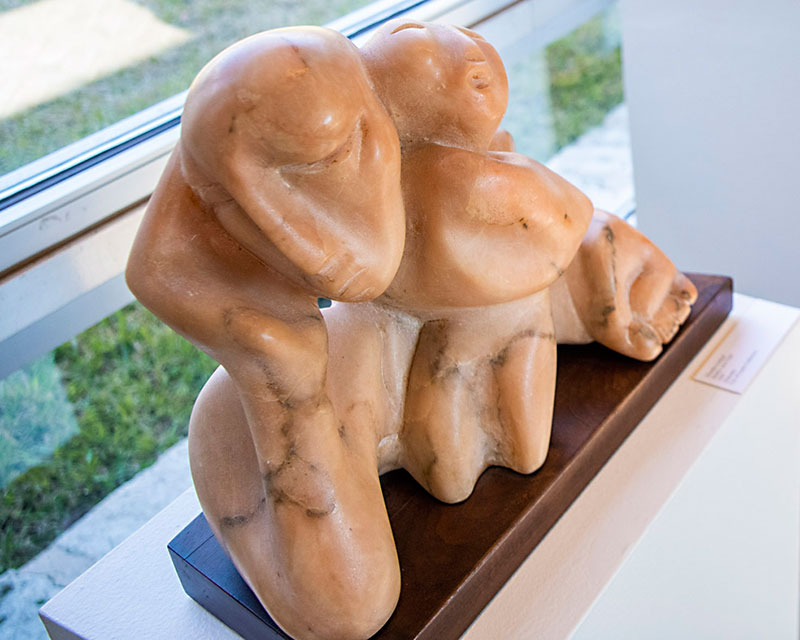 Prime example – this alabaster Mother and Child tribute to Picasso's Guernica, hidden until recently in Umlauf's house, which highlights the artist's focus on cubism during the Thirties and Forties: "Really, Umlauf is trying to see if he wants to go in a more modernist direction," Edwards says. 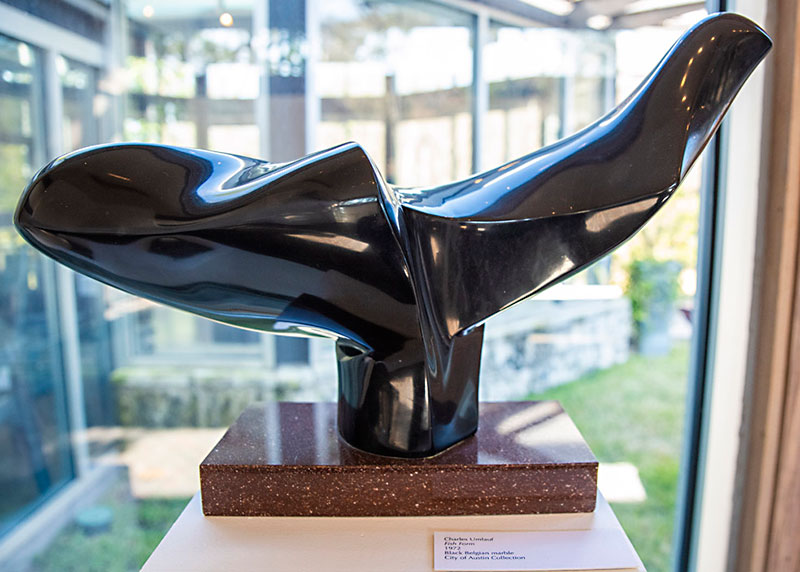 Pieces like Fish Form (1972) show Umlauf revisiting that style later in his career and, along with several (more realistic) animal sculptures, reveal interests in various subjects aside from the human forms he's known for: "He thought of himself as more like a Michelangelo," Edwards says, "where every single visual image is open for use. Picasso would say that artists are thieves. And Umlauf ... anything that he can see visually, he wants to try it." 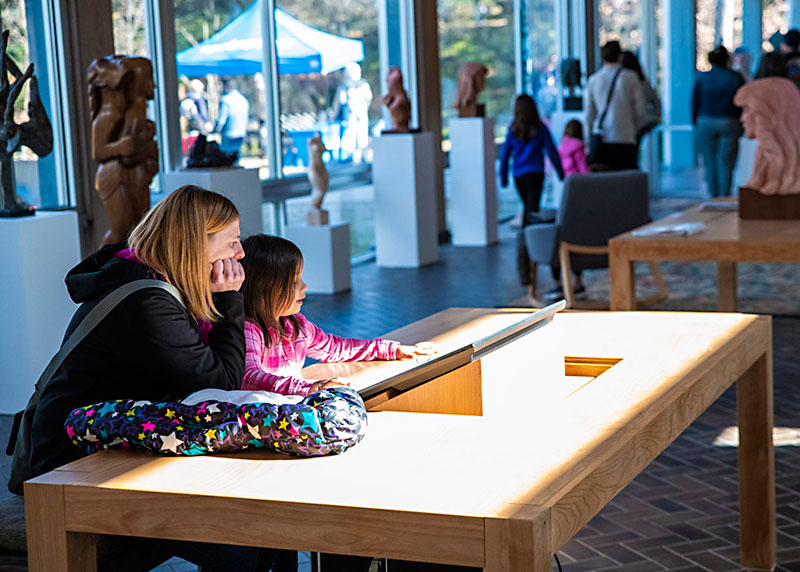 Such experimentation, which Edwards says was also influenced by the likes of Donatello and the ancient Greek sculptors of the Parthenon, is evident in his extensive archive of figure drawings, available for viewing via this digital sketchbook. 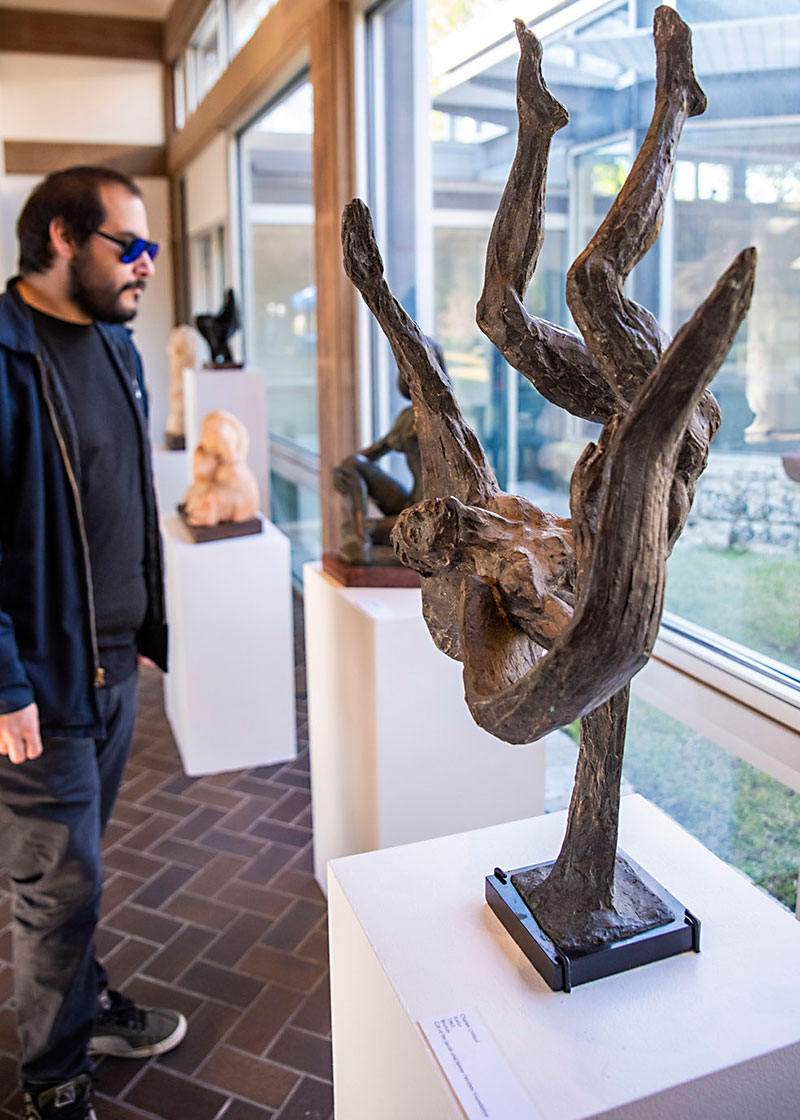 Umlauf's love for Greek lore is perhaps paramount in this bronze Icarus, one of three pieces newly donated by the Jacob & Terese Hershey Foundation, which Edwards says were "essential" to this exhibition. 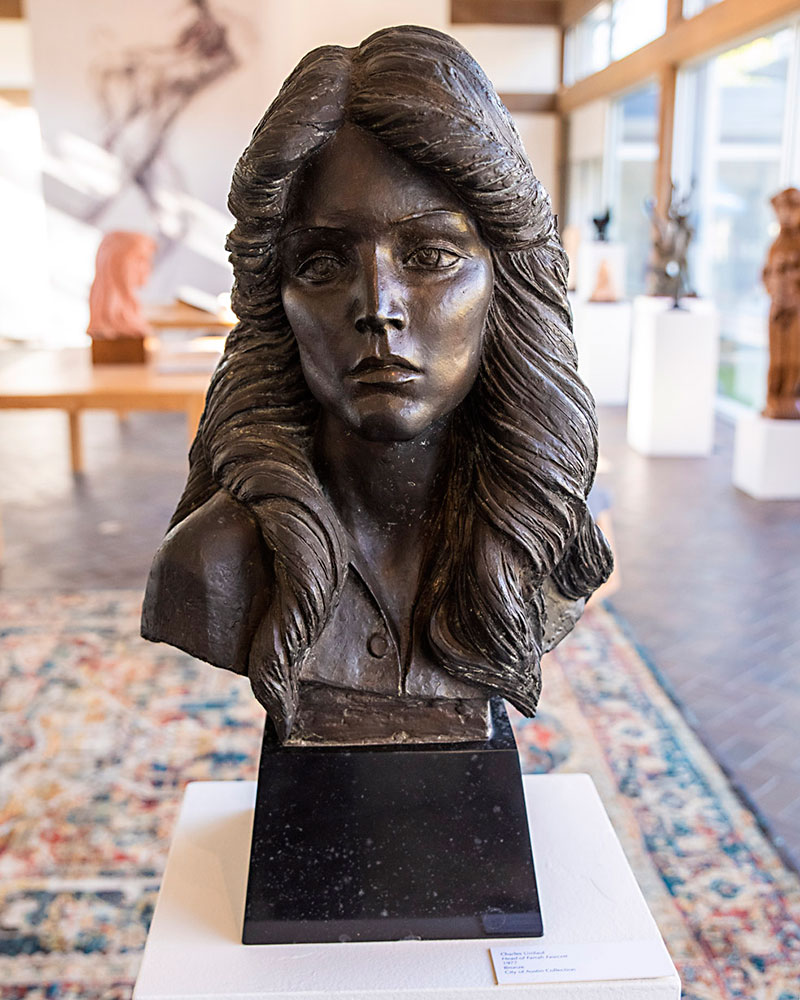 The show's final few weeks coincide with the 10th anniversary of the death of Farrah Fawcett, who studied under and modeled for Umlauf at the University of Texas in the late Sixties before pursuing acting. This bronze bust by her mentor underscores both the intimacy of their friendship and Umlauf's love of "every aspect of the female form," prominent in many of his pieces until his death in 1994. 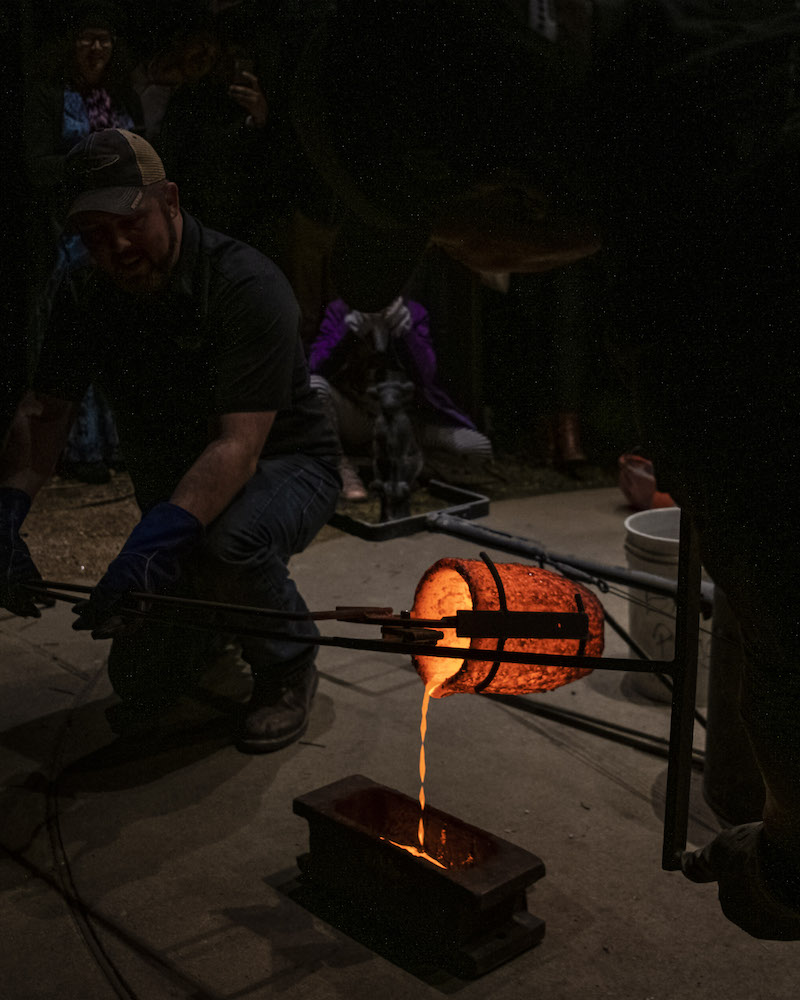 The exhibition culminated in the museum’s most popular (and fifth annual) event, a live bronze pouring on Jan. 23 (pictured here, molten at upward of 2,000 degrees Fahrenheit): “It’s a moment to step outside of time and get off your phones and social media and just be blown away by this hot, molten bronze,” says Edwards. “You learn all about the process … and process is always useful to understand how to do other aspects of your job or your life.” (photo by David Brendan Hall) 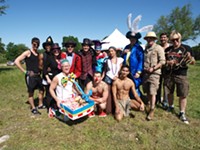 After a Fashion
Stephen's true confessions