ASO's first concert of 2019 had us hearing all sorts of feels, but Leon Fleisher's piano also got us thinking 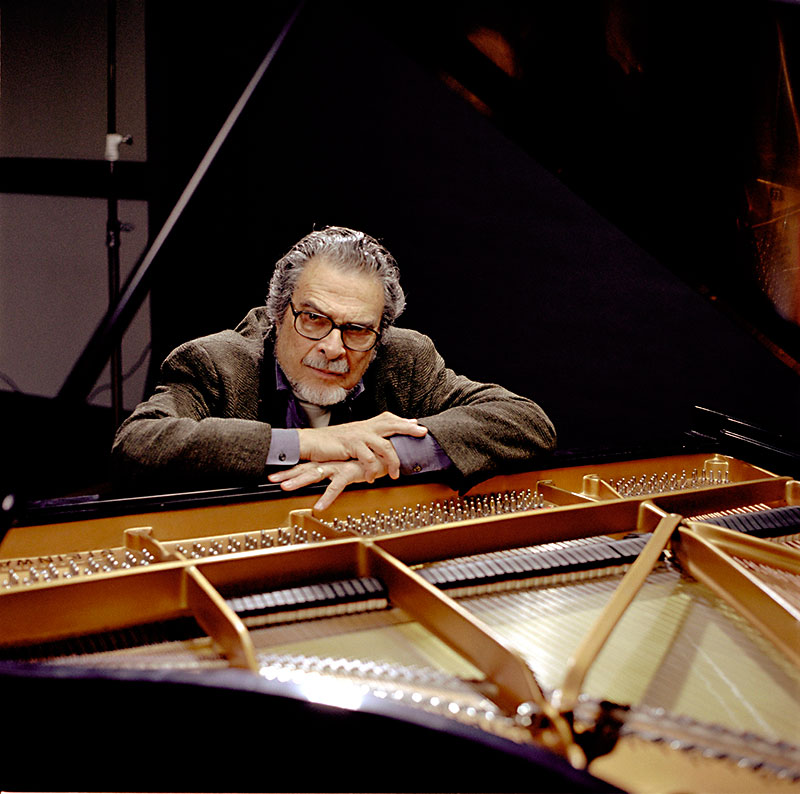 Music may not be a place where you think of thinking. Isn't that the realm ruled by mood, by feeling? The Austin Symphony Orchestra's first concert of 2019 surely seemed constructed to reinforce that notion. Music Director Peter Bay built the program around works that played with variations: Charles Ives embellishing the tune for Variations on "America" in a host of ways; Benjamin Britten noodling with an old Henry Purcell theme to create The Young Person's Guide to the Orchestra; and Antonín Dvorák spinning the melody for his song "Huslar" in 27 different directions for his Symphonic Variations. In all of those works, the variations sounded driven by feeling – sudden shifts in emotion, or else diverse, vivid personalities taking turns at the same material. They were by turns bombastic and balletic, tender and tempestuous, merry and martial. What might strike you as emotionally unstable in a human was ingeniously playful in a symphonic piece, and throughout this Variation Voyage (as the concert was titled), part of the delight came from wondering what our next emotional port of call would be and how it would differ from the one we had just left.

Though the array of feelings and personalities were often a pleasure in themselves, sometimes they also added up to something larger. It was fun hearing Ives alternately celebrate and subvert the patriotic piety we associate with "My country, 'tis of thee," gussying it up with orchestral frills like a royal dandy or having it tooted out by lonely, muted horns. But then, once we were drawn from a bouncy rendition led by the winds to a version prominent with clacking castanets to a brass-heavy take that could have almost been done by an oompah band, it felt as if we were hearing the tune interpreted by different groups of émigrés to this "sweet land of liberty," as if we were in the midst of the melting pot that "America" seeks to honor.

Likewise, with The Young Person's Guide to the Orchestra, the sturdy theme that Purcell used in a revival of Aphra Behn's tragedy Abdelazar, or the Moor's Revenge, took on the character of different lands depending on the section of the orchestra Britten handed it to: a sunny coast with the violins, an Alpine mountainside with the harp, a rolling British pasture with the horns, a Teutonic forest with the double basses, and so on (all played with spirit by the respective sections of the ASO). The work shared some of the mutability and boldness that Bay admires in Leonard Bernstein's music, and he showed the same vitality on the podium that he has when conducting his idol's work. The Young Person's Guide predates Bernstein's Candide by a decade, but it left me with that operetta's sense of exotica and of having traveled on a grand adventure.

But in the midst of this journey through all the feels came an unexpected stop, courtesy of the night's guest artist. Leon Fleisher has been playing Mozart's Piano Concerto No. 12 in A Major for decades, so his deftness with the score was no surprise. Even deep into his 90th year, this legendary pianist conjured all the friskiness of the music, echoing the orchestra as lightly and cheerily as a bird in spring might return the call of its mate. In the allegretto, he was astonishingly bright. He brought the feels as much as any musician.

But in moments when the music allowed him to slow or pause, Fleisher brought something else, something unique that evening: his thoughts. Near the end of a phrase and coming to the last handful of notes, his fingers would slow, leaving just a breath of air around each note – a breath in which he looked to be reflecting on the note to come. Then, he would play it consciously, with purpose, as if bringing his full musical career to bear on it. Through­out the andante, there was a lifetime's contemplation in Fleisher's pauses, and with every deliberate placement of his hands came a message of care for this mus­ic, a communication to which the orchestra's responses seemed an affirmation: "Yes, yes, we hear you. We know." It gave this most emotional of voyages a sense of rare consideration.

Dell Hall at the Long Center
Jan. 11
A version of this article appeared in print on January 18, 2019 with the headline: Considered Play