Ice cream in wintertime? Sure, why not? That's normal 'round these parts, where the cold weather season is continually interrupted by summer temperatures. New pop-up installation the Art of Ice Cream – another entity riding the wave of Instagram-ready "factories" like the Red River Cultural District's FOMO Factory – capitalizes off that idea with its frozen-treat-themed space in South Austin (3208 S. Congress).

"When there's not that much stuff to do outside in Austin, it gives you a good opportunity to do something fun inside, where it's warm," says manager Eamonn Lydon, one of seven creators from Arizona-based West 54 Productions. "You can interact with stuff, not only stand in front of it and take a picture ... and have some ice cream."

Embracing a holiday-season-driven sweet tooth, "Snapshot" paid a visit to get the scoop before the exhibit shutters Dec. 30 (after which a different installation build will commence). 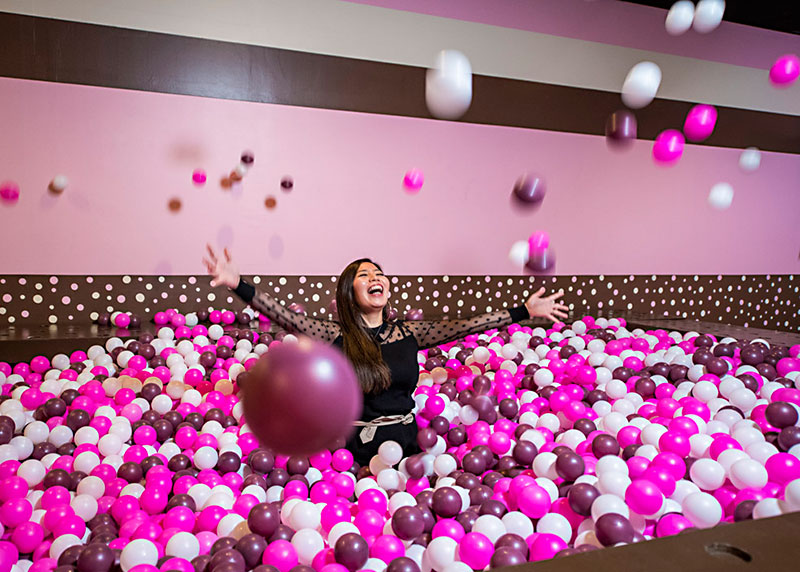 More than a dozen photo-op stations inhabit the building, including a "topping"-filled ball pit: "It makes someone feel younger," manager Eamonn Lydon says. "You come in here, loosen up ... [it's] a little wonderland, kind of a Willy Wonka, over-the-top feeling where you go into a factory of something that you've never really seen before." 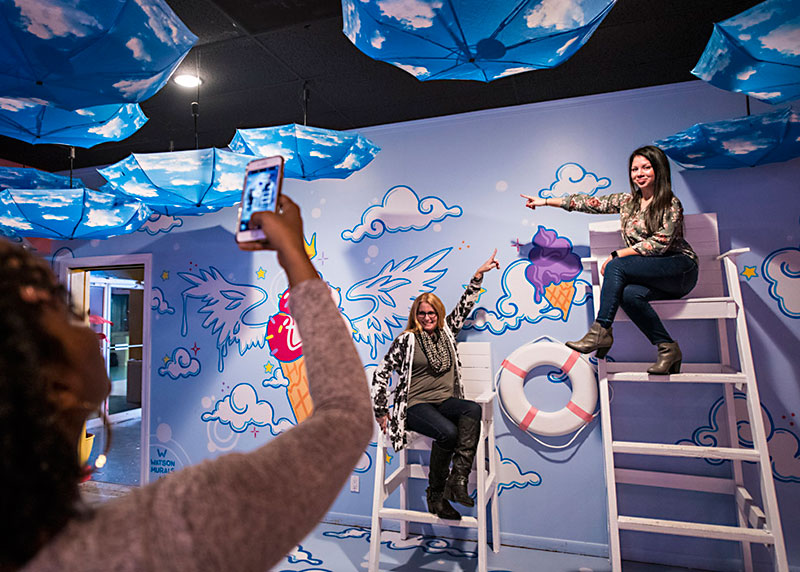 Pose-worthy props abound within the interactive sets, like these cloud-umbrella-shrouded lifeguard stands ... 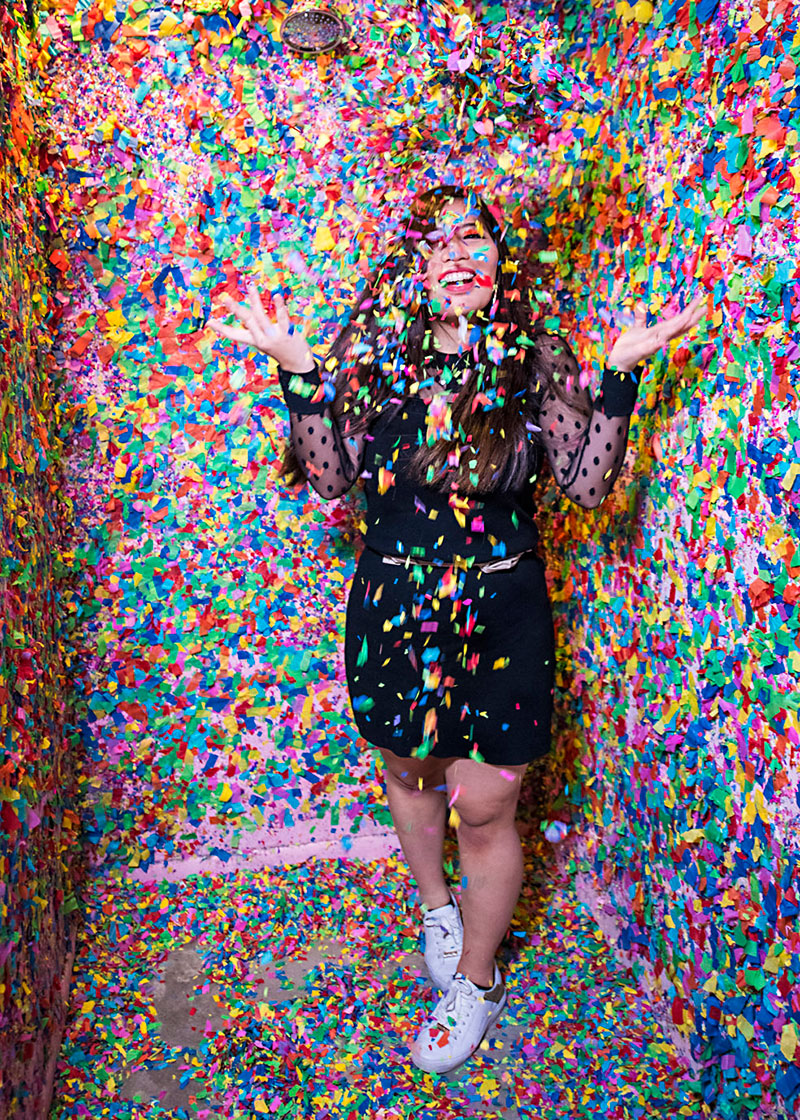 ... and the colorful sprinkle (confetti) shower ... 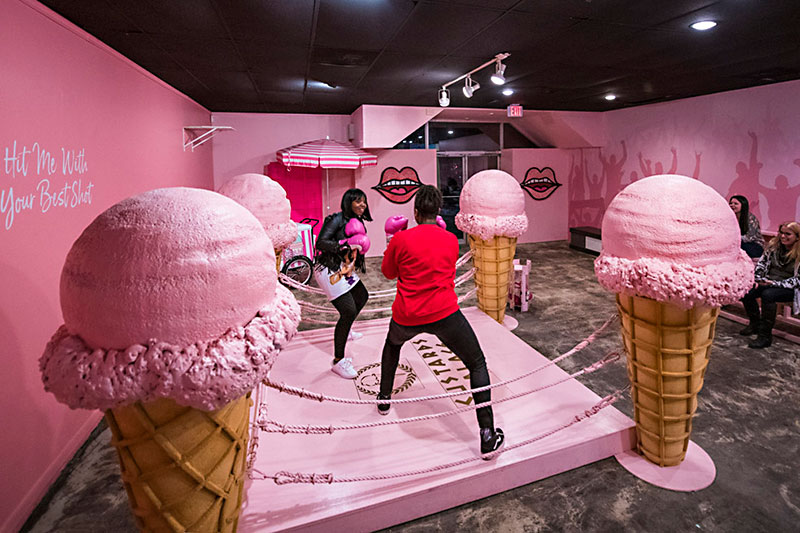 ... and this elaborate, Vegas-inspired boxing ring (from "Custard's Palace," no less), complete with real gloves. 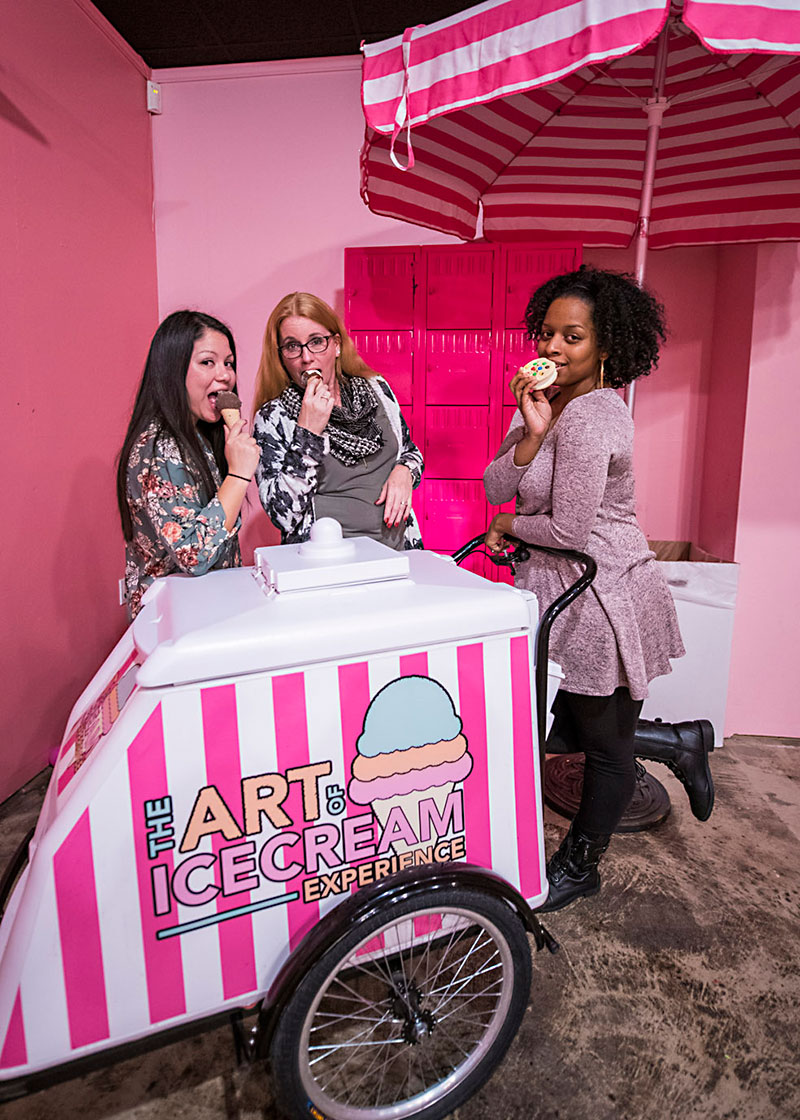 Of course, the free ice cream treat finale is also enticing, though don't expect a full-on parlor setup ("It's not like Baskin-Robbins [with] all those flavors," Lydon says). Not into sweets? Instagrammers of a savory persuasion should be stoked for the next installation, a taco theme, which Lydon says might include edible "options with taco trucks and such." FOMO Factory Does It for the Gram
The new, colorful "immersive selfie space" arrives