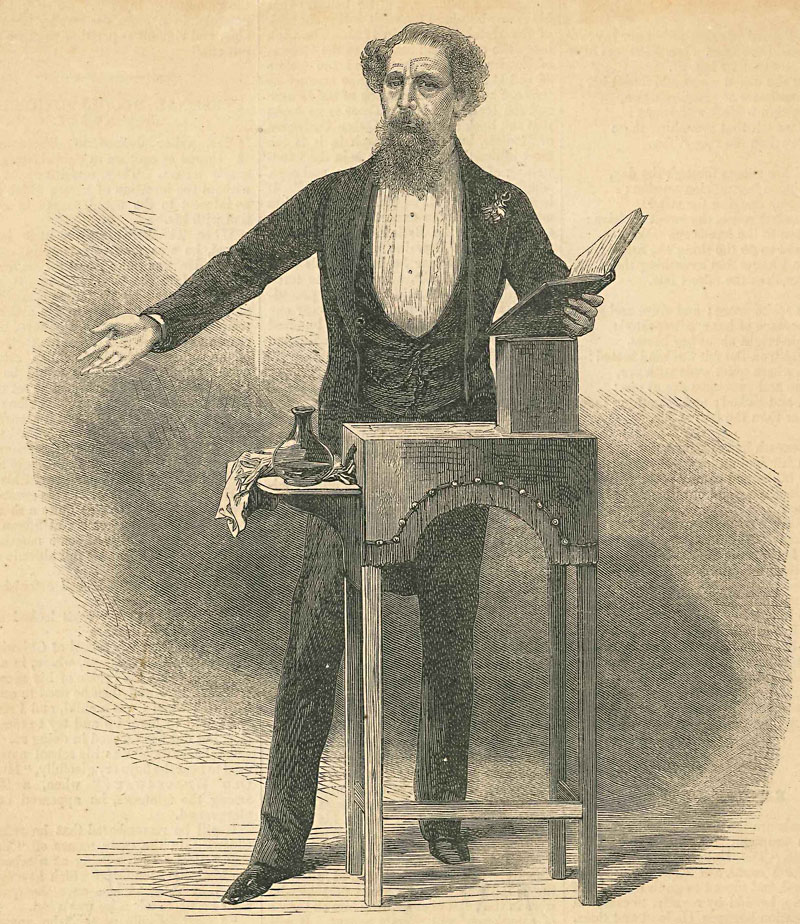 Move over, Ebenezer! Make room onstage for Pip and Miss Havisham and Magwitch, as well as the mysterious Edwin Drood, the still more mysterious Dick Datchery, and all the residents of Cloisterham. You and the other characters in A Christmas Carol aren't the only creations of Charles Dickens to step into the spotlight this holiday season. In addition to a familiar pair of Carols – Zach Theatre's original musical adaptation with contemporary pop songs threaded through it, Moulin Rouge!-style; and Pen­fold Theatre's homegrown version presented by five actors in the form of a vintage radio drama broadcast – a Different Stages' production of Great Expectations and Aus­tin Playhouse's revival of The Mystery of Edwin Drood are filling out the theatrical schedule to make this an even more festive yule than usual for area fans of the great author.

This confluence of Dickens' works on our stages would please the author greatly, for if he loved anything more than literature, it was theatre. The first writing we know of by Dickens is a play – the tragedy Misnar, the Sultan of India, which he penned at the ripe old age of 9 – and he continued to dabble in theatre throughout his life, not only as a playwright but also as an actor. In fact, before he gave himself over to writing, Dickens considered a career as a thespian, going so far as to set up an audition with the manager of Covent Garden Theatre. (Alas, a "terrible bad cold and an inflammation of the face" on the day of the audition forced the 20-year-old Dickens to skip it.) But over the next 25 years, even as he was achieving great fame as a novelist, Dickens acted in some two dozen amateur theatricals – mostly comedies and farces – and the general consensus was that he excelled at performing. Even Queen Victoria thought so; after seeing Dickens perform in The Frozen Deep, a play by Dickens' friend and fellow author Wilkie Collins (that Dickens helped revise), the monarch wrote in her journal that his acting was "beyond all praise and not to be surpassed." Indeed, so compelling was Dickens in the production that novelist William Makepeace Thackeray remarked: "If that man would go upon the stage, he would make his £20,000 a year." 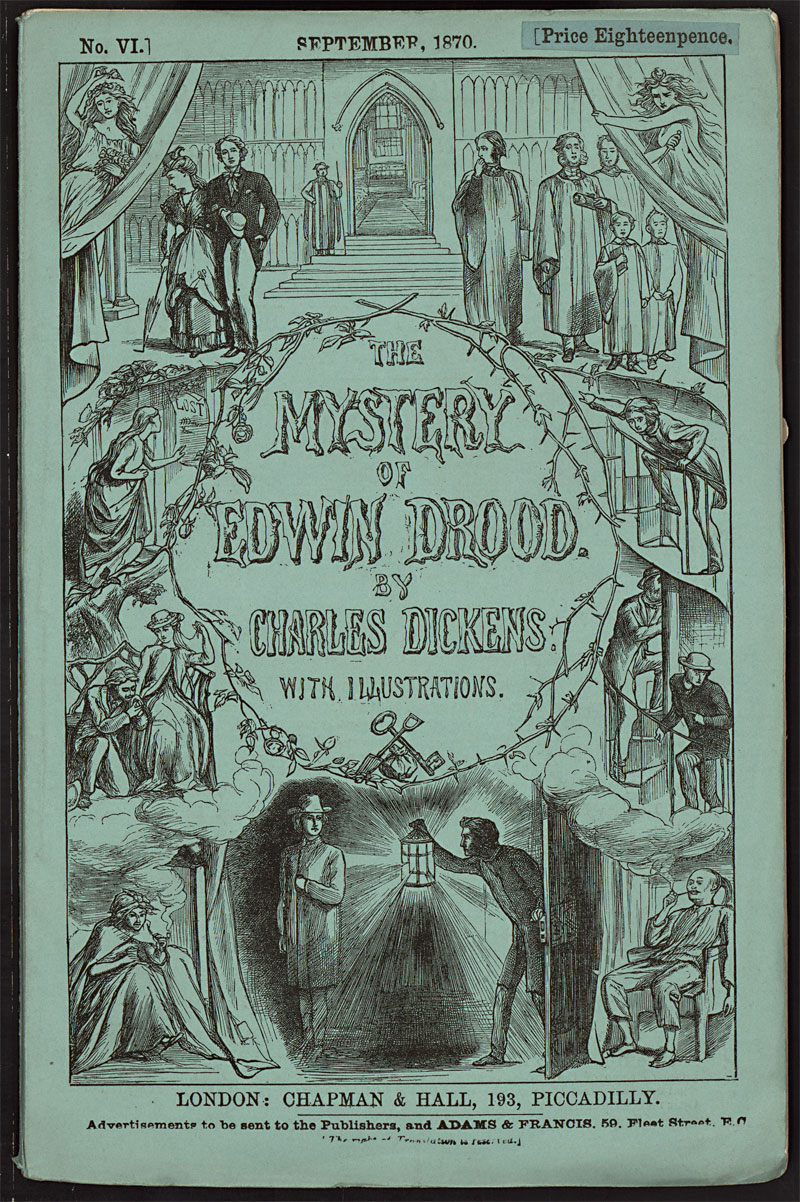 The last volume of Dickens' The Mystery of Edwin Drood to be published as a serial before he died, 1870 (Courtesy of Harry Ransom Center)

Thackeray's comment proved prophetic once Dickens began to do public readings. These were not the humdrum droning recitations given by other authors of the day, but intensely theatrical affairs, in which Dickens took selections of his writings, edited them for maximum dramatic effect, and performed them with great flourish. "An extraordinary exhibition of acting" is how Edgar Johnson, author of Charles Dickens: His Life and Triumph, described them. "Without a single prop or bit of costume, by changes of voice, by gesture, by vocal expression, Dickens peopled his stage with a throng of characters."

The author started down this road in December 1853 in Birmingham, where he gave two charity readings of, fittingly, A Christmas Carol – one of them before 2,500 working-class men and women. The response was electric, and Dickens was thrilled by the personal connection to the public the readings gave him. The audience, he later wrote a friend, "animated me to that extent that I felt as if we were all bodily going up into the clouds together."

So Dickens continued to give the readings, initially for the benefit of some cause or institution, then, beginning in 1858, for the benefit of himself. No matter where he took them – and he toured them throughout England and to the U.S. – crowds went wild for the readings. Actor and Dickens biographer Simon Callow likened them to "rock concerts" – an apt comparison considering the massive crowds, people camping out overnight to get tickets, widespread scalping, and attendees so moved by the performances that they fainted. At the peak of his drawing power in the late 1860s, Dickens made a second tour of the states and raked in £19,000 in just five months – a great deal more than what the Vanity Fair author had predicted Dickens could command onstage.

While much of the power in the readings came from Dickens' carefully constructed performances, the drama of the stage was built into them from the outset. Dickens the writer employed the same sorts of heart-of-gold heroes and heartless villains found in the Victorian melodrama that ruled much of the theatre of the day: noble orphans, factory hands, clerks, and street urchins beset by cruel landlords, factory bosses, merchants, and pickpockets. And Dickens knew how to push their fundamental struggles of good vs. evil to life-or-death extremes that would get readers on the edge of their seats, just as a writer of melodramas would. For him, the line between literature and theatre was so thin that he would literally act out what he was writing for the page. In a memoir, Dickens' daughter Mary recalled being with her father one day while he was working and seeing him contort his face, then leap up from his desk to study the expression in a mirror, then rush back to his desk to mark down what he had seen. Years later, she came to realize that "with his natural intensity, he had thrown himself completely into the character that he was creating, and that for the time being he had not only lost sight of his surroundings, but had actually become in action, as in imagination, the creature of his pen." 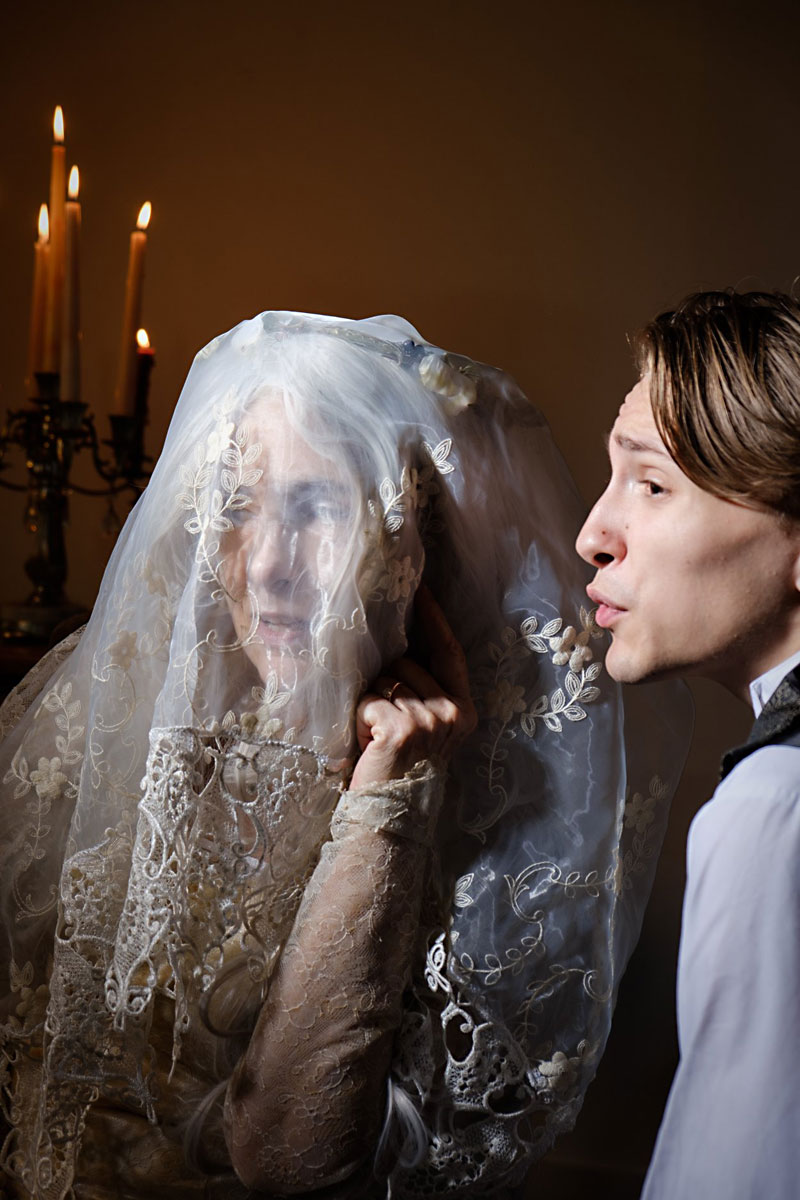 Speaking to the Royal Theatrical Fund in 1858, Dickens made plain the connection between his literary work and the theatre: "Every writer of fiction, though he may not adopt the dramatic form, writes in effect for the stage."

Dickens wasn't alone in seeing the dramatic potential in his writing for the page. After the book of A Christmas Carol proved to be an instant sensation on its debut in December 1843, theatrical adaptations began popping up on London stages in just weeks – with eight competing for audiences between February and April. (Apparently, no one felt the need then to wait until the next Christmas season to mount the show.) Other works by Dickens were similarly rushed to the stage, some before the serialized versions had been fully published. In the book Dickens Dramatized, historian Philip Bolton notes that by the end of the 19th century, Great Expectations had been adapted for theatre 16 times, A Tale of Two Cities 46 times, The Cricket on the Hearth 114 times, and David Copperfield 117 times. You can only imagine how much the 20th and 21st centuries have added to those numbers and the overall amount of Dickens onstage. His work is a magnet for the theatre in a way that's singular among great novelists. But perhaps that's owed to his deep connection to the theatre and how it informed his literary output.

This month offers a rare opportunity to see that connection in more than one way, to see Charles Dickens as a theatre man – a theatre man for all seasons.

A version of this article appeared in print on November 23, 2018 with the headline: What the Dickens