E.A.S.T. artists explain the intention in their art

As Austin's population and infrastructure has sprawled exponentially, so has its artistic community, which manifested last weekend for the first round of Big Medium's annual East Austin Studio Tour. (The self-guided circuit concludes Nov. 17-18.)

While attempting to experience as many stops as possible – E.A.S.T. now comprises nearly 600 artists, collectives, installations, and spaces (see a photo gallery from the first weekend) – "Snapshot" asked participants, "With your creations, what do you hope to contribute to not just the local artistic community, but also to the whole of humanity?" 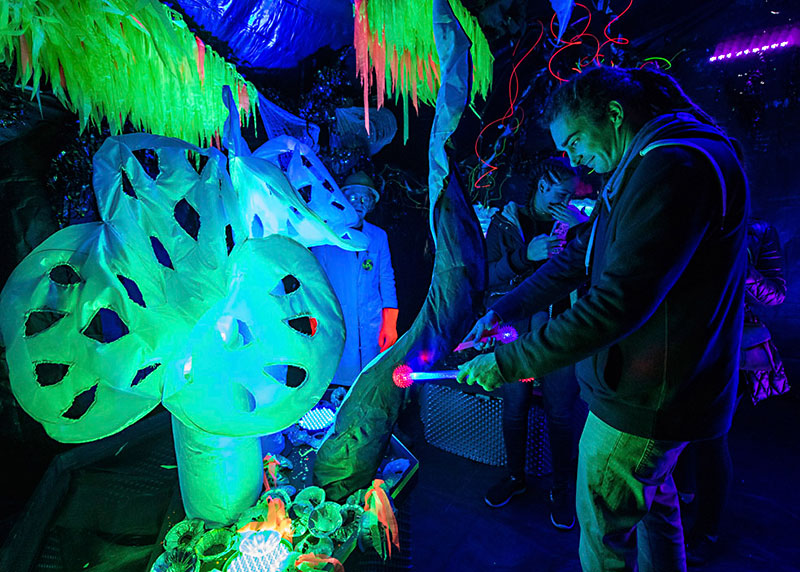 Future TBD Collective's Meow Wolf-inspired "Exobiology Field Facility" (No. 363): "Adults forget how to play. So when you give them a story, and you make yourself immersed in that story and be ridiculous, you give them permission to be ridiculous, too," says TBD member Jane Clarke. "I feel like one of the reasons we're on the planet is to play. We're trying to give people a place to step out of the norm, be someplace and somebody different." (photos by David Brendan Hall) 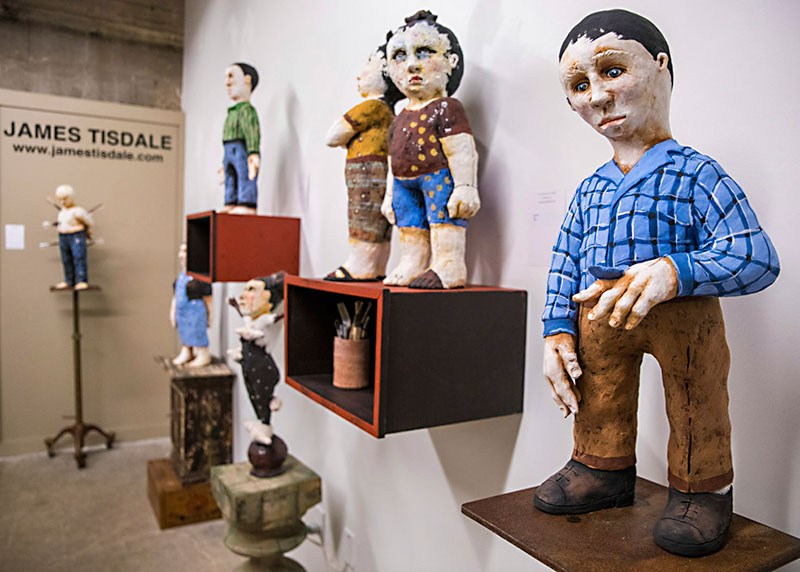 James Tisdale's "Ceramic" (resident artist at Canopy, 916 Springdale): "Nowadays, our life is always fluctuating with what's going on politically and socially right now," Tisdale says. "[My sculptures] are distant, they're staring out for something else ... looking for answers. Instead of just being a part of the status quo, you're searching and trying to grow as a person and trying to find things that can better your life; and, hopefully, you become a better person in society." 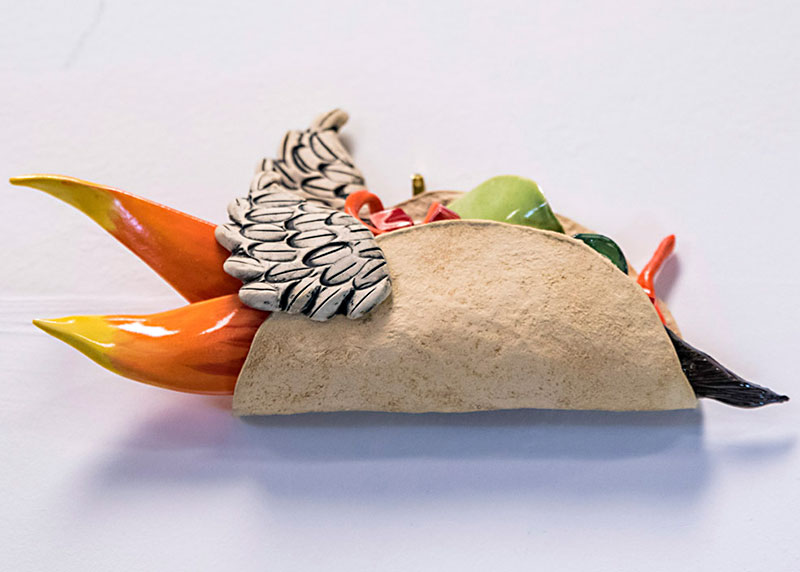 Brenda Armistead's Flying Tacos (No. 34): "Certainly, I try to make something useful," says Armistead of her wares, which include bowls, sponge holders, and coffee mugs. "But you've gotta have your joy ... something to make people smile. That's my jam." Armistead's more whimsical works were selected for display November 2018 through February 2019 on columns at Austin-Bergstrom International Airport. 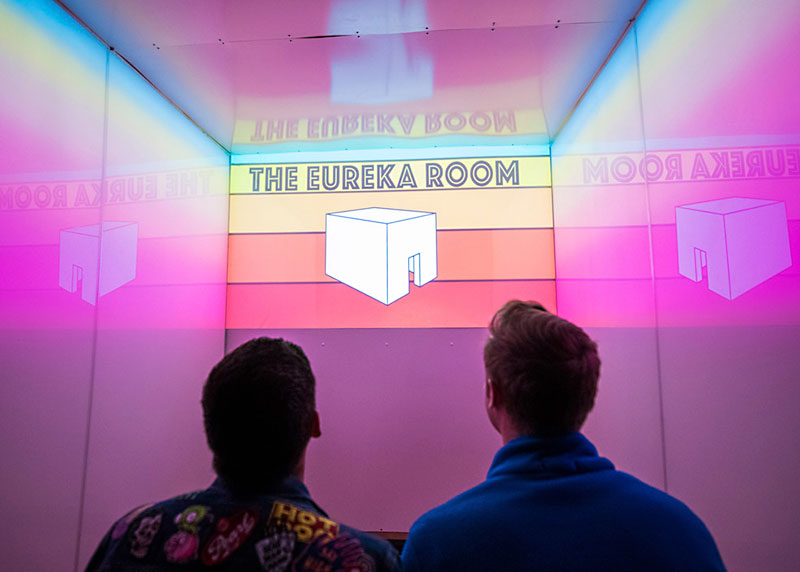 Mike Stefanik's "Eureka Room" (No. 100): "I'm calling it a platform for positive experiences," says Stefanik. "I really want it to be meaningful for people so they come and get something out of it that's beyond just the aesthetic, to try to increase people's well-being. It kind of gets you focused on these things [like gratitude], instead of maybe your problems and anxieties." 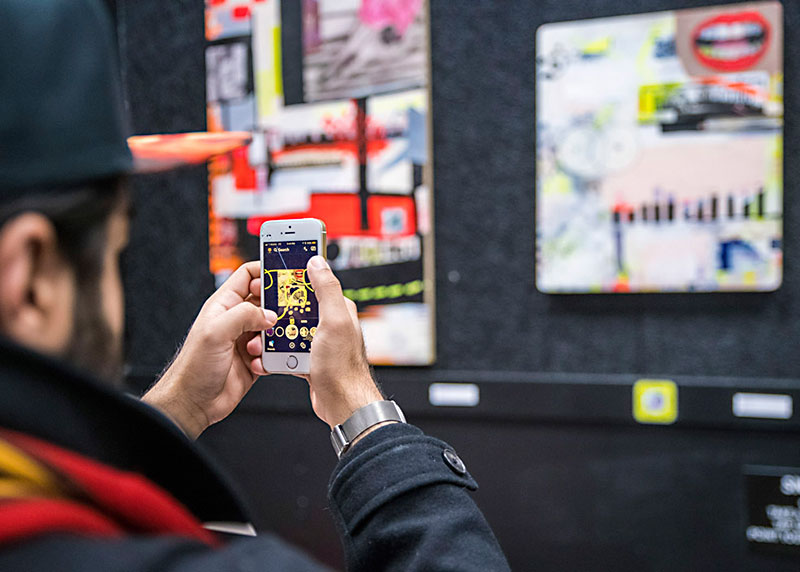 Alie Jackson's augmented-reality-integrated paintings (No. 77): "I think AR is our next communication tool," says Jackson, whose paintings' alterations are revealed through Snapchat. "Technology has become this thing that's shoved down everybody's throats for marketing and advertising and making money, and basically it can be used for so much more. You have the dog filters, you have the beauty filters – why not flip that and make art expression[s] on a more global level?" 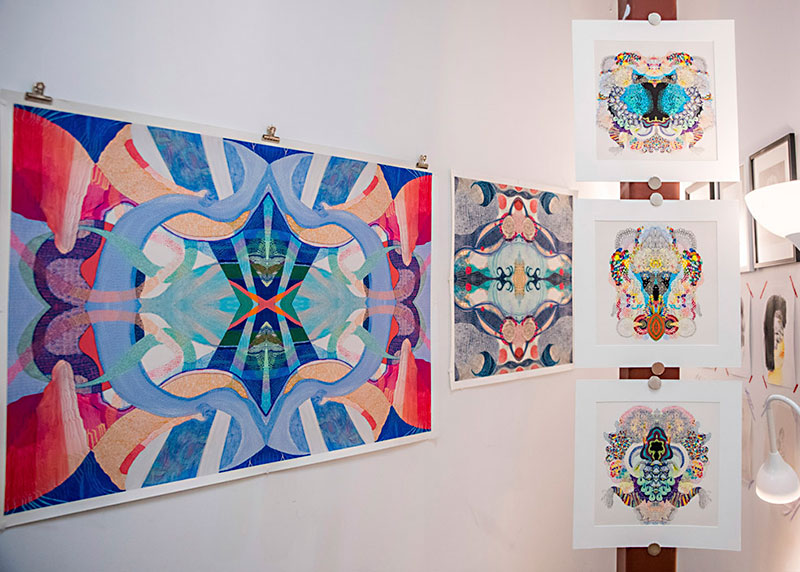 Bella Glasel's intuitive color compositions (No. 21): "I feel that art is a way of reaching down from the highest part of ourselves and making it tangible. When you have it either as a visual art or music, that's the way to elevate everybody," says Glasel. "I'm basically trying to channel joy, expansion, exploration, adventure. To some degree, [my art is] like a portal." Rachel Elizabeth Dennis' colored pencil illustrations on Plexiglas mirrors (No. 28): "My work is about intimacy and depth. ... So if I feel the ability to be vulnerable with my work, perhaps it will allow someone else to have a vulnerable experience feeling it out," says Dennis. "Each of these symbols are automatic writings that I conflate into symbols, and I think we all have the ability to create our own symbols and to charge their meaning."