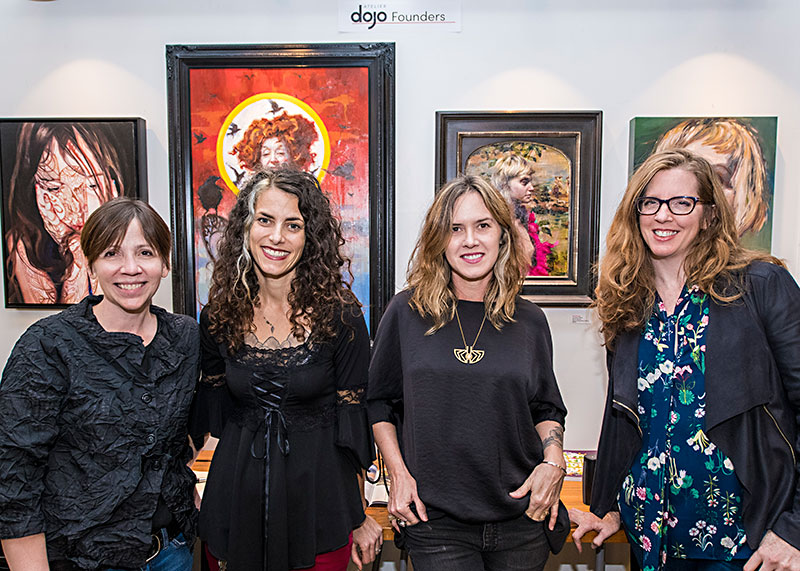 Sometimes a person just wants to throw paint on a surface somewhere. Or scissor-cut random shapes into a bit of poster board, sew a leather fringe to the bottom of an old pillow, maybe hot-glue a few pieces of dried macaroni onto an empty coffee can.

That's so creative, right? Hey, wow, you're an artist!

But sometimes a person, if they've got deeper ambitions and aren't enchanted by the siren call of Abstraction, sometimes a person wants to use a specific array of tools and relevant pigments to depict the material things of our reality in recognizable ways. To create, in other words, representational art. Which requires a different, perhaps more considered effort. And training. And practice. Oh, a lot of practice.

That second scenario, that's where the new Atelier Dojo comes in. "With a curriculum dedicated to the classical skills that underlie realist drawing and painting, Atelier Dojo classes are led by nationally recognized artists in an intimate and welcoming environment." That's the pitch in their stylish brochures, on their well-designed website – and by "their," we mean the school's founders: Jennifer Balkan, Denise M. Fulton, Karen Maness, and Karen Offutt.

"We'd always paint together with Pablo Taboada, who hosted sessions at his place," says Balkan. "After Pablo passed away, we were looking for where we could go, and we ended up gathering at my place and regularly held these open studios. And we started fantasizing about, wouldn't it be great if there was some place where we could bring artists in from all over and hold workshops, and do our own work, and have Austin be a destination for realism?"

"We'd all been flying elsewhere to study with painters," says Offutt. "And then we thought, 'Austin's pretty great – let's bring them here.' And let's create a community around this."

These four painters, who teach at the Dojo's site within the busy Canopy complex on Springdale Road, are the highly skilled core of the brochure's "nationally recognized artists," and they're not just messing around.

You want to learn the fundamentals of drawing, of painting? They've got you covered. You want to progress to specifics, to cast drawing, figure drawing, portrait drawing, and the paint-based iterations of those? There's the Dojo. How about some live models to work from, to hone your skills in rendering the human figure on paper or canvas? That's the ongoing, thrice-weekly open studio program. And workshops with visiting artists? With, like, some of the best realist painters from throughout the U.S. or even beyond? Yeah – that's a regular thing, too. And "regular" is the key word here.

"One of the reasons we're calling it Atelier Dojo," says Fulton, "is that we want to emphasize, for both the students and ourselves, that it's a lifetime practice. It's not about just going to take a class, it's about making art a part of your daily and weekly life."

It's kind of like ... having a membership at an art gym?

"Yes!" agrees Balkan. "Right now, we're doing eight-week courses and trying to cover all of representational artmaking. Just a basic, year-round curriculum – so somebody could come into Atelier Dojo with absolutely no experience at all and start taking foundational classes. We emphasize how important it is to enter a class that suits your needs, so you're getting the most out of it."

“All of our painting has a breath to it, an expressionistic quality. It’s uniquely Austin, I think, in that sense.”

"The teachers are demonstrating, live, through painting," says Offutt. "We're building up the image and showing the steps. And each one of us paints differently, too. Not just interested in high realism – that has a stillness to it. All of our painting has a breath to it, an expressionistic quality. It's uniquely Austin, I think, in that sense. And we're not trying to cultivate minireplicas of ourselves – we want a diverse, engaging population of artists who can create engaging work with this language."

"But in order to get there," clarifies Maness, "you have to have the fundamentals – the drawing, the structure of form, of body – in order to take it to the next level of putting your own voice to it."

"And it's nice to have the open studios in between," says Offutt, "so you can practice what you've learned in class. And you can paint right next to any of us at any time. And the faculty, we're using the space as our gym, too – to get better and stronger."

"And it's in Canopy," says Balkan, "so I feel we're in the mothership, now, of Austin art."

And how did that happen, being able to locate an art gym in the mothership?

"Well," says Maness, "initially, we were looking all over. And Big Medium was building Springdale General at that point, so we were originally gonna go there. But that was delayed, and delayed, and delayed – which is typical in Austin. But we didn't buffer quite enough, and we were like, 'Okay, we've got classes starting in April ...' And Big Medium said, 'Actually, we have a space available in Canopy right now ...' And we were also finding out that we needed more space than we'd originally thought – so we're thrilled to be in Canopy."

"And the ICOSA Collective hosted us when we were like, 'Oh my God, classes are starting and we have no space!'" says Balkan. "They delayed their own move into Canopy so we could use that spot. And then we were able to just go around the corner."

"We just rolled down the hallway," says Offutt, "and then we were in our new space."

The Dojo's open studios in that new space, the sessions with the live human models – there's a rotating group of about 50 different people – are attended by artists of varying ability. And, often, that ability varies toward the professional. Does that make for an, oh, an intimidating atmosphere?

"The level of skill at the open studios is exciting," says Balkan.

"It's good to be around people who are better than you," says Maness. "It really ups the game."

"But you don't have to have serious chops for the studios, either," notes Offutt. "We welcome people who are excited and curious about it, and who are respectful of the culture of it. Because, yes, we're there to work but also to enjoy each other. And after the open studios on Friday nights, it's usually kind of a party."

The four painters laugh, coloring the air with shades of delighted agreement.

"But it's about the work, yeah," says Fulton, nodding, serious. "This is our thing. This is our obsession."

The Eastside's annual art marathon continues Nov. 17 & 18, Sat. and Sun., 11am-6pm, at more than 580 stops on the sunrise side of I-35. You'll find them all listed, along with maps, at www.east.bigmedium.org. For more Chronicle coverage, with recommended stops, go to austinchronicle.com/east-austin-studio-tour.

A version of this article appeared in print on November 16, 2018 with the headline: Art Gym in the Mothership 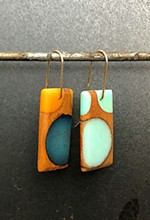