The music festival may have bounced around locations, but at last weekend's tenth-anniversary celebration, it still felt like home

When it was announced in April that UtopiaFest would move to new grounds in Burnet County after nine years in its namesake town at the serenely secluded Four Sisters Ranch, there was worry among its devout fans that the three-day musical campout might feel less like home. Yet, ultimately, even with an 11th-hour decision on Oct. 1 spurred by local protests to move again to a different Burnet locale – this time to Reveille Peak Ranch – invested parties retained faith because of two unwavering figureheads: fest founder/Four Sisters family heir Travis Sutherland and longtime creative collaborator Wayne Dalchau of Township Productions.

"The cards were stacked against them," says Cody Johnson, organizer of the fest's all-acoustic, torch-lit, late-night oasis Tank Goodtimes since 2014. "And through it all, I knew we were gonna be okay because I believe in Travis Sutherland and Wayne Dalchau, and I believe in UtopiaFest ... with all my heart."

Throughout the 10th anniversary celebration last weekend, "Snapshot" witnessed many veteran acts echoing such sentiments with added emphasis on the idea that the fest's identity is immortalized not by its location, but by its resilient tribe. 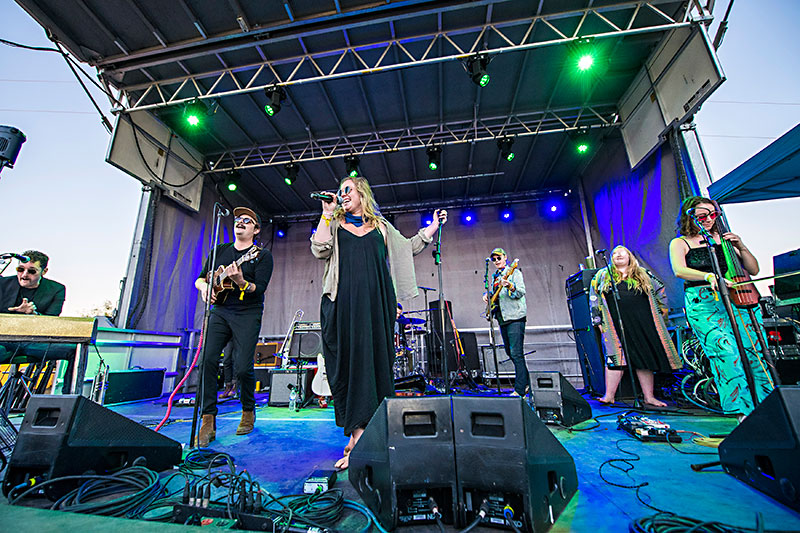 Wild Child's Kelsey Wilson: "We are so happy to be here at the new home, and it still feels exactly the same. It's because of all the people here – thanks for showing up. It feels so good to be home, Utopia." 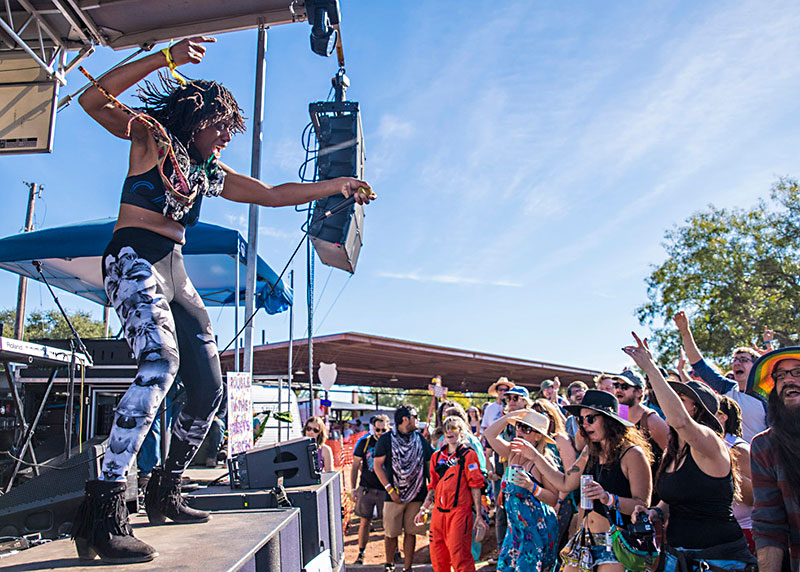 Trouble in the Streets' Nnedi Nebula Agbaroji: "We were here a couple years ago ... you saw us at Tank Goodtimes. You guys know how much this means to those of us that have been with Utopia, moved with Utopia." Calliope Musicals' Carrie Fussell: "We love you guys so much. This is one of our favorite places to be. It doesn't matter if it's over there four hours, or over there 10 hours – it's all about you guys and how special you make this." Hikes' Nathan Wilkins: "We can't wait to get this [new] stuff in the studio but ... a lot of stuff happened this year, a lot of heavy stuff. But we're all here. Together. Let's persevere." 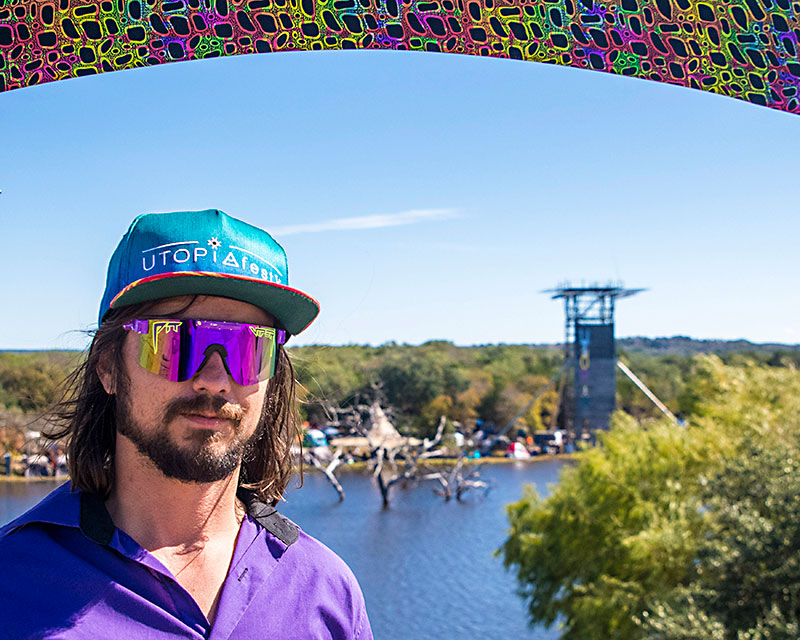 When Sir Thomas More coined the term "Utopia" for the title of his 16th century satire – largely interpreted as a critique of Catholicism – he embedded a pun: it's derived from Greek ou-topos ("no place"/"nowhere"), but sounds identical to eu-topos ("good place"). Perhaps not coincidentally, Sutherland's Utopia embodies both by way of its populace: "The land and music brought us together in the first place," says Sutherland (pictured). "But now that it's been established, what really matters is the people that are a part of it, that show up and make it happen."