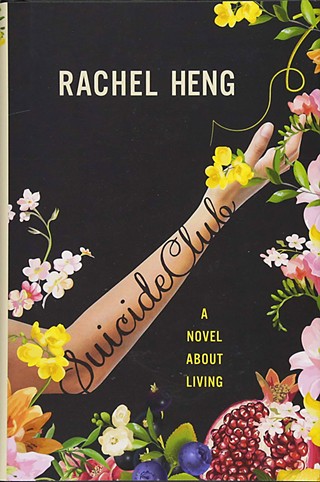 Ever blushed when, after revealing your age to someone new, they responded with, "Wow! You don't look a day over 30!" I know I have.

Imagine the typical weekday for a young urban professional. Living in a metropolis means car ownership is impractical, so you take an Uber to work instead. At the office, you've installed a Pomodoro timer app on your Mac, which reminds you when to work, when to relax, and for how long; after all, your workplace stresses work-life balance. Post-9-to-5, you strap on the Fitbit that you wear to CrossFit, where you do pushups and power lifts, situps and wall sits. You monitor your caloric intake, avoid trans fats or steak except for special occasions. Dinner includes kale, but you skip the spirits, wine, or ale (they're for weekends). You turn in at a reasonable hour to wake up tomorrow, refreshed and ready to do it again. The inevitability of death occasionally crosses your mind, but you keep going.

But what if you always looked young? What if you were always in perfect health? What if you lived for centuries rather than decades, and could even live forever?

What if you had no choice, because death was illegal?

That's the worldview embraced at first by Lea Kirino, a "lifer" and the protagonist of Rachel Heng's debut dystopian novel, Suicide Club: A Novel About Living.

The vivid landscapes of Suicide Club read like uncanny valley replicas of our current reality – almost recognizable, while just alien enough to be disturbing. Denizens of Heng's near-future NYC, like Kirino, fixate on physical perfection, feeding on NutriPaks and routinely tuning up their bodies with artificial HealthTech replacements: DiamondSkin, SmartBlood, mechanical hearts. Home-cooked meals are nicknamed "trad" food, like an exotic cuisine. Those who embrace a finite existence are called "antisanct."

At first, Lea exemplifies this world and eagerly awaits the chance to join the "Third Wave," in which select lifers will become immortal. Soon, though, she finds herself torn between an eternal future, the chance to reconnect with her long-absent antisanct father, and the true meaning of life and death.

Though more than 350 pages, Suicide Club is a fast, engaging read. It's no wonder that Heng's MFA at UT-Austin's Michener Center for Writers focuses on fiction and screenwriting. With its vivid imagery, compelling character arcs, and cinematic action, Suicide Club would make a great film. As a parable on vanity and aging, Suicide Club ranks right up there with Oscar Wilde's The Picture of Dorian Gray. As a call to resistance of an altogether bleak capitalist status quo built literally on the bodies of its people, the book feels comparable to Palahniuk's Fight Club or The Matrix. And as a bittersweet yet life-affirming story on eternity vs. death, it feels akin to Natalie Babbitt's Tuck Everlasting.

Epics impress us. Romance woos us. Horror scares us. Dystopias, though described as fictitious, also often predict the dire futures they depict. As intimidating as death is, let's hope that the future imagined in Suicide Club remains imaginary.

Heng will read from Suicide Club and be interviewed by author Carrie Fountain (I'm Not Missing) on Fri., Oct. 13, 7pm, at Malvern Books, 613 W. 29th. For more information, visit www.malvernbooks.com.

Suicide Club: A Novel About Living