One of this nation's most acclaimed and active composers, on our rich melting pot of music 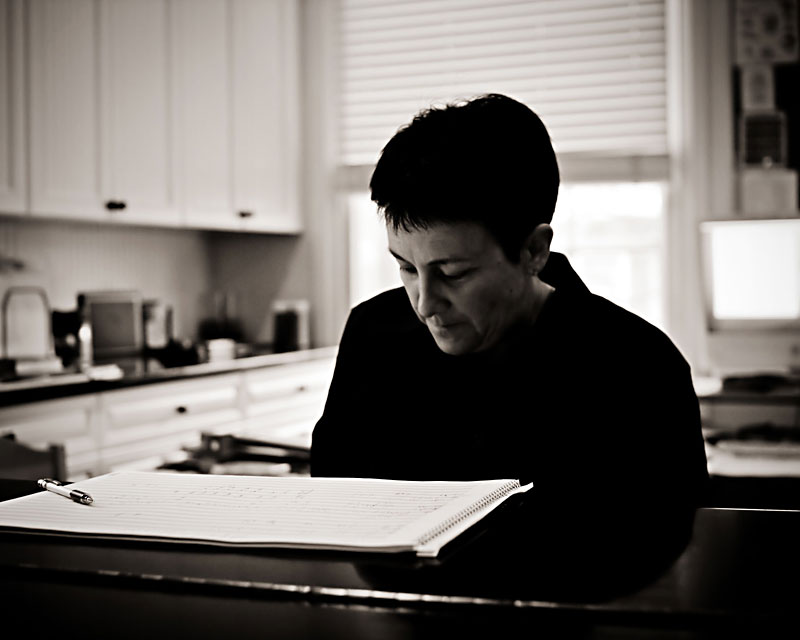 For most of 2018, the nation's concert halls have been ruled over by one American composer: Leonard Bernstein. (That's what happens when you hit 100 birthdays.) But this week in Austin, Lenny has to cede his concert crown to another American composer – a living American composer at that! For this is the week the University of Texas' Butler School of Music bestows its $50,000 Eddie Medora King Prize on Jennifer Higdon, marking the event with three concerts showcasing seven compositions by the Pulitzer Prize winner.

Higdon comes to accept the King Prize, and also do some intensive work with Butler School composition students and coach student players on her music, in a year packed with other honors, as well as premieres of new work. In January, she added a second Grammy to her shelf when her Viola Concerto was named Best Contemporary Classical Composition. (It joins Higdon's 2010 Grammy in the same category for her Percussion Concerto – which will be played by the UT Wind Ensemble Sunday.) In February, the Chicago Symphony premiered Higdon's Low Brass Concerto (co-commissioned with the Philadelphia Orchestra and Baltimore Symphony), and the Del Suono Trio released its recording of Higdon's American Canvas (which will be performed at the UT New Music Ensemble concert Wednesday). In April, Northwestern University's Bienen School of Music gave Higdon its $100,000 Michael Ludwig Nemmers Prize. In May, the Rochester Philharmonic premiered her Harp Concerto (a work the orchestra then recorded in September). June saw the release of a new book, Jennifer Higdon: Composing in Color, by Christina L. Reitz. And all that doesn't even take into account the performances of her work by groups large and small across the U.S. and abroad, which, if you spread them evenly throughout the year, would amount to a performance of a Higdon work every other day. Which is to say, Higdon is an American composer – and a living one at that! – who matters.

Austin has been hip to Higdon's importance for a while, as can be seen by recent performances of her work by Austin Civic Orchestra (the wildly popular blue cathedral), Bel Cuore Quartet (Short Stories), Hear No Evil (Zaka), and Austin Saxophone Ensemble ("Stomp and Dance"), and the programming of Concerto 4-3 for Austin Symphony's March 2019 concert with Time for Three. Though she had precious little free time to do so, Higdon graciously answered some of our questions by email.


Austin Chronicle: A few years ago, you were commissioned to write your first opera. You've written pieces for instruments that don't always get a lot of love from composers – say, low brass, tubas, marimbas. Do you like to challenge yourself as a composer by exploring new forms or instrumentation?

Jennifer Higdon: I really do. I frequently make decisions about what to accept in terms of commissions based on how scary the idea is to write for a particular combination (such as an opera or a low brass concerto). The idea is to always be stretching my understanding of the musical world, and pushing my own boundaries, while hoping that I can contribute some musical literature to genres that don't have as much music. I have found that oftentimes the musicians are so eager to have new music that they're great about verbalizing (and educating me about) what works for their instruments (and they bring a huge amount of enthusiasm to performing the music).

AC: One word that shows up a lot in descriptions of your music and you is "American." Mostly, it seems to be placing you in the lineage of Copland, Barber, Bernstein, et al. What sort of meaning do you attach to that term with relation to your work?

“The full truth is, I’m influenced by a whole lot of music and much of it beyond the classical realm. I love to listen to everything from new classical to pop to country to rap. I don’t want to leave any of it out.”

JH: This is a good question. I guess I've always thought of myself as an American composer because I am American. I do consider it an honor to be in the lineage of Copland, Barber, and Bernstein. But the full truth is, I'm influenced by a whole lot of music and much of it beyond the classical realm. I love to listen to everything from new classical to pop to country to rap. I don't want to leave any of it out; and I consider it all relevant to an "American voice." The idea of American music is much bigger than the little lines we draw for categories ... it is truly a melting pot of voices, and a rich one at that.

AC: This week, a lot of students will have the opportunity to play your music, perhaps for the first time. Does hearing your work performed by student musicians mean anything different to you than hearing it played by professionals? Is there anything that you like students to know about your work when they approach it for the first time?

JH: I find working with students tremendously inspiring. They always bring an eager freshness and a youthful enthusiasm to the experience. Sometimes I get to hear their personal observations about how they first reacted when they look at the music and then how their feelings evolve once they start working on it. And it is always my hope that the students will find performing my music an engaging and rewarding experience. My music is not easy, and it takes real skill, but I'm always grateful for the time and energy they bring to the stage. It's a great shared experience.

AC: Are there things that students want to know about your music or how you work?

JH: The number one question I get from students is, how do you become successful? The second most frequently asked question is, have you ever had doubts or have you worried that you weren't good enough? All good questions. And I think there isn't a musician alive who hasn't asked these questions themselves.

AC: Has your work with students given you a feel for the direction contemporary music is headed in the next generation? What new territory are composers looking to explore?

JH: YES! I feel like the boundaries of classical/pop/musical are slowly dissolving. I am also blown away at how high the skill level of playing is and the ability of students to already be thinking outside the box, by starting new ensembles or figuring out how to get their performances out into the larger world, either through the internet or through community engagement. Students now are much more aware and savvy about building a life around the arts and doing so in a creative manner. It's truly an exciting time for contemporary music. 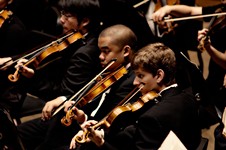