Rising stars of Austin soul, blues, and hip-hop converge at Waterloo Music Festival as a supergroup to watch

With only two prior rehearsals but decades of combined onstage expertise, the ultra-talented outfit unveiled a seven-song set list (reworks of the artists' original tunes, shortened due to weather delays), which "Snapshot" documented while gathering insights on the band's takeaways and potential future. 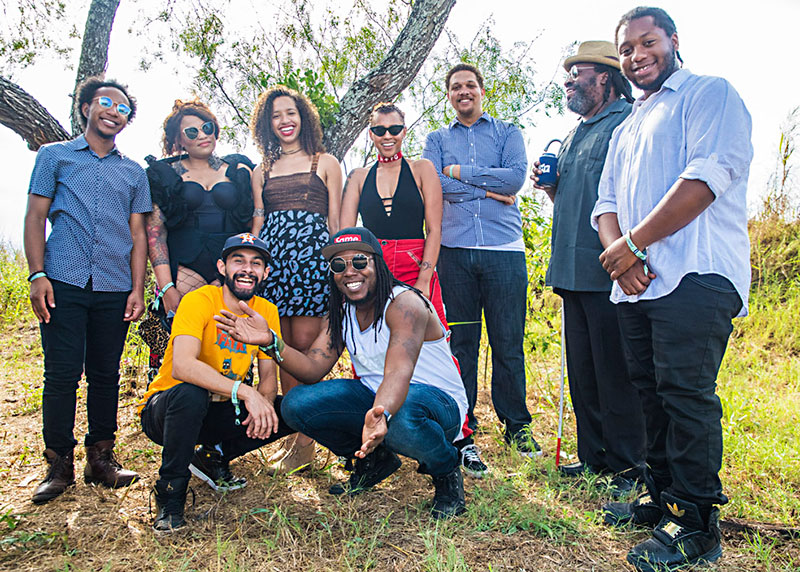 Austin Groove Project with manager Reno Dudley (third from right), who conceived the idea in conversation with Stephen Sternschein, head of Heard Presents, co-producer of Waterloo Music Festival. Jon Keyz (middle front) summed up the group's powers-combined spirit: "It's like basketball, like sports," he said. "If you play unselfish, then the team succeeds ... especially out here. Everybody wants to say that they put Austin on the map in some type of way, but why not a group of people?" 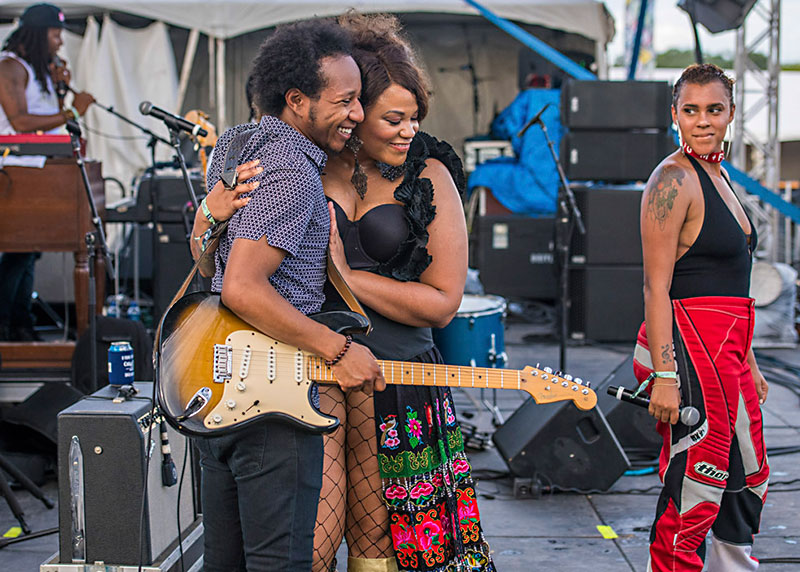 "Great things can happen when you get a lot of great artists together," said the Peterson Brothers' Glenn Jr. (left, alongside Tameca Jones and Alesia Lani). "We're all up there smiling, we've all known each other and seen each other's gigs and supporting – it's all family." 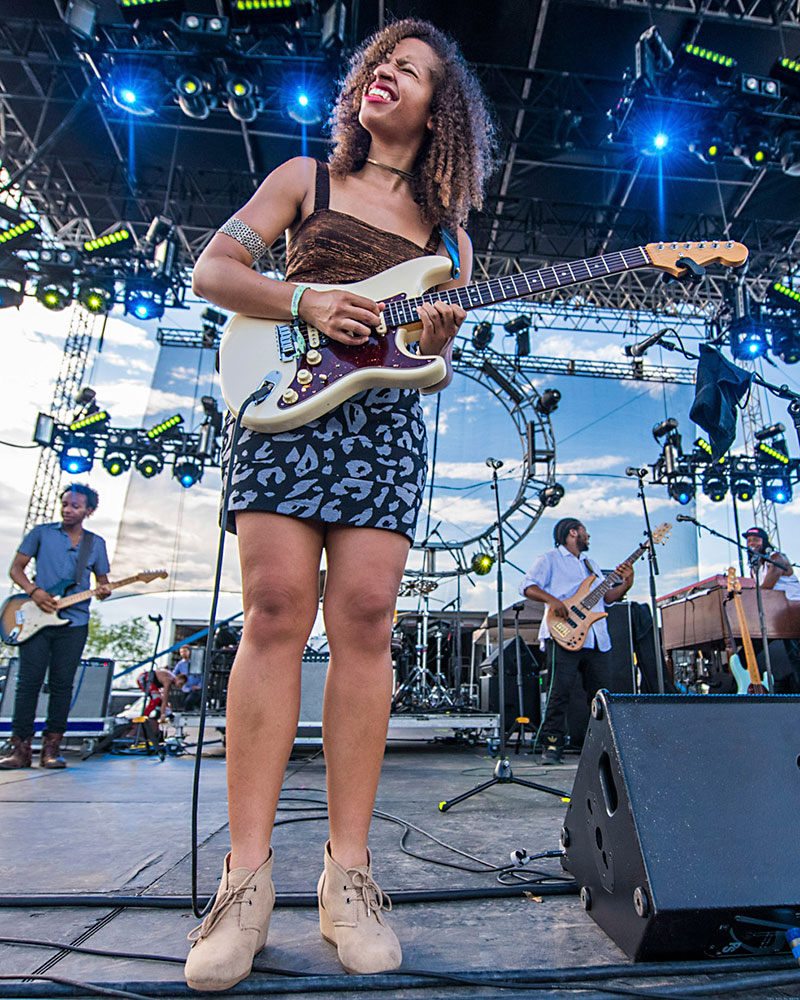 Jackie Venson on what's needed to boost local collaborations: "It's going to take people a long time to realize that it's not a competition," she said. "It's a missionary type of lifestyle. If you want everybody to thrive, we all have to help each other, because at the end of the day, there are 7 billion people on this planet, and people really love music. And people listen to multiple bands – just because someone's your fan doesn't mean they can't also be my fan." 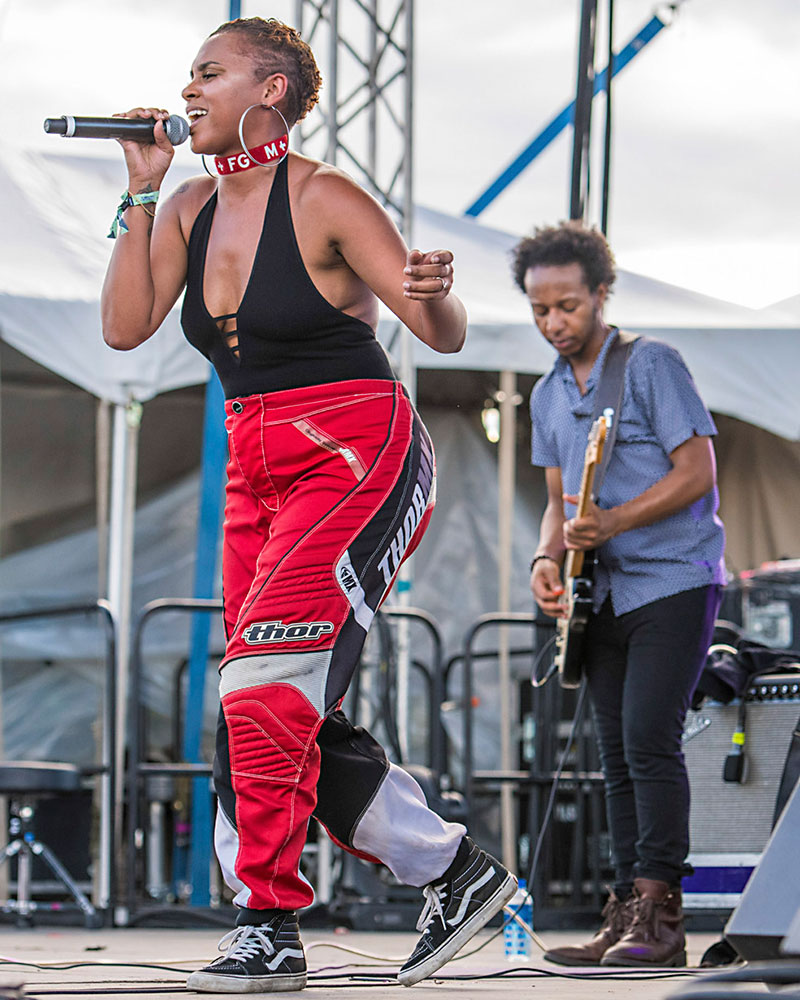 Lani likewise weighed in: "I think collaboration needs to happen," she said. "Everybody can be on their own path and do their own fuckin' thing. But working together and having strong individuals get together and put their shit aside ... if we can make something really magical happen, that's a whole other characteristic that we can add to our plate." 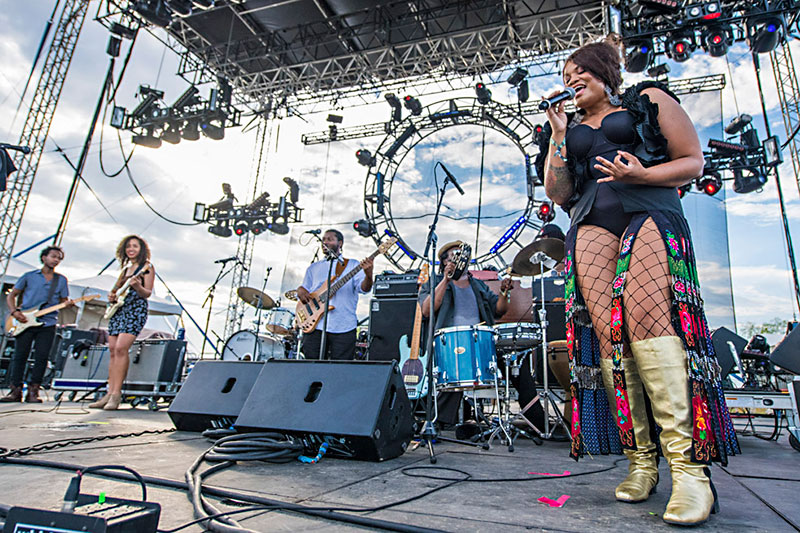 "I learned that it's good to be in your musical community and jam with people because I had this notion of Austin being very not-industry," said Jones (right). "I wanted to graduate outside of Austin, nationally, but doing this show with these guys just kind of opened my mind to the idea of collaborating with other Austin musicians. Living in New Braunfels, being isolated there, to come here and fellowship with these guys – it was awesome." 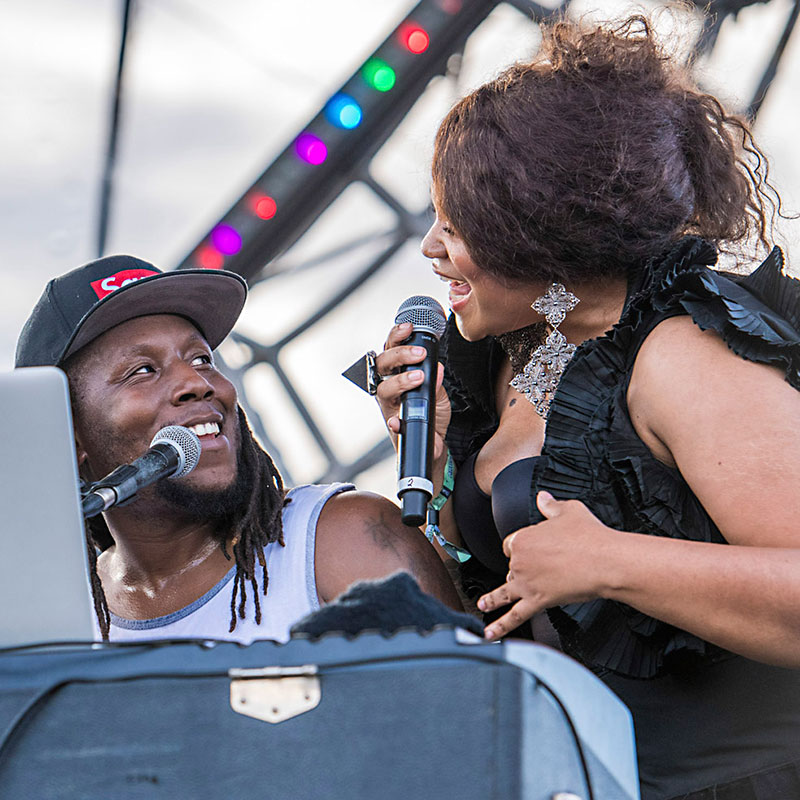 As for AGP's future: "I don't know about [upcoming] shows, but I know each person that was involved at this particular time [is] about to drop a new album, which kind of works," said Keyz (left, alongside Jones). "Even the other artists that we originally had planned to be a part of tonight ... everybody's dropping new music. There were some more people that might've been in on it." So the band could add more members? "For sure ... I can't say who yet," Keyz said. "Some heavy hitters."