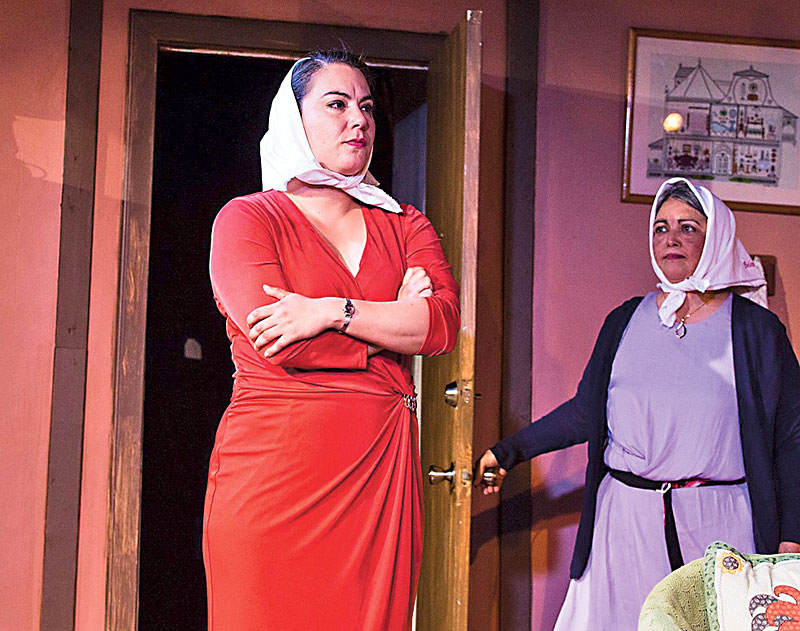 This is a play you intensely wish were not so relevant. You wish that the story of mothers fighting desperately to reunite with their lost children had nothing to do with today's world, or events happening mere hours away from us.

The Madres matters, though. It matters now, here, urgently.

The story of the play by Stephanie Alison Walker, receiving a rolling world premiere from the National New Play Network, doesn't directly concern undocumented immigrants crossing into America. It is set in the 1970s, in the early years of Argentina's Dirty War against its own citizens. Tens of thousands of leftists, and anyone even casually associated with them, were "disappeared."

The human cost of these actions drove mothers and grandmothers to the streets to protest weekly, demanding the release of their loved ones. A painfully high number of them were never reunited. The women became known as Las Madres.

In Shrewd Productions' staging of The Madres, Carolina (Yesenia Garcia Herrington, a strong performance) has joined Las Madres, wearing the trademark white scarf over her hair, because her pregnant daughter Belén (Madison Palomo) has been taken into custody. Her own mother Josefina (Mary Alice Carnes) urges her to stop. She believes that they must put on every appearance of being a good, conservative, Catholic family, in hopes that the army will release Carolina's daughter to them.

The two of them fight about this, but Josefina is not insensitive to her daughter's pain. A visit from Padre Juan (Rupert Reyes), a priest and longtime acquaintance who now cooperates with the government, leaves her barely able to maintain the facade. When Diego (Carlo Lorenzo Garcia), who, as a teenager, followed Belén around like a lovestruck puppy but now has joined the army as a true believer, also visits to warn Carolina away, each woman's self-control nearly ruptures at the sight of this young man and the knowledge of his crimes.

Lily Wolff has proven to be one of Austin's most reliably skilled directors, reading the truth in human moments and guiding actors through them knowledgably. While some of the actors in The Madres show a few weaknesses here and there in the technical aspects of their work, they connect well with the conflicts their characters experience. Indigo Rael's set and props are spot-on. The costume design from Laura Gonzalez is sufficient, but a real clerical collar shirt can be found or borrowed so easily, as can a half-credible military uniform – one wishes for a little more.

Shrewd Productions has partnered with ZATERO Dance to stage a 10-minute performance before the actual play begins. It's an intriguing extra, although sightlines prove a challenge in that space.

The Madres is a successful play because the human moments of back and forth, of hope and despair, of arguing over life and death and then also over the proper way to dust a bookshelf, paint a picture of what it means to live through a personal tragedy that takes years to unfold. Our everyday squabbles and joys don't disappear; they oddly coexist with the new reality of losing a loved one.

Yes, it's good art. And then you remember that there are parents now – right now – who have had their children taken from them for political reasons and who are desperate for their children's return.

Seeing a play never changed the world. Neither can we allow ourselves to fall asleep.

Santa Cruz Theater,
1805 E. Seventh
www.shrewdproductions.com
Through Sept. 15
Running time: 2 hrs.
A version of this article appeared in print on September 7, 2018 with the headline: Mother and Child Reunion