Halloween arrived early this year in Austin. At least, it probably appeared that way to anyone strolling by the Convention Center, the central staging area for local multimedia company Rooster Teeth's eighth annual RTX.

That's because a key component of that gaming and internet culture convention's program, which ran Aug. 3-5, is cosplay (short for costume play), an inextricable subculture within the far-reaching con world that came to a head Saturday with a cosplay contest at the JW Marriott.

"I think anyone in a theatrical field or cosplay really wants to bring back the amazement to people, because you kind of forget about it in your day-to-day life," said cosplayer Juno Rogoff. "A lot of the [RTX] workers and staff members ... want to eventually pass the torch and get young people involved in creating their own media, their own costumes. You have to get the interest going now so the next generation will be a dozen times better."

"Snapshot" ventured into the fray to document and converse with some of the weekend's most creative cosplayers (full gallery at austinchronicle.com/photos), who shared thoughts on what makes the impressive practice so fulfilling. 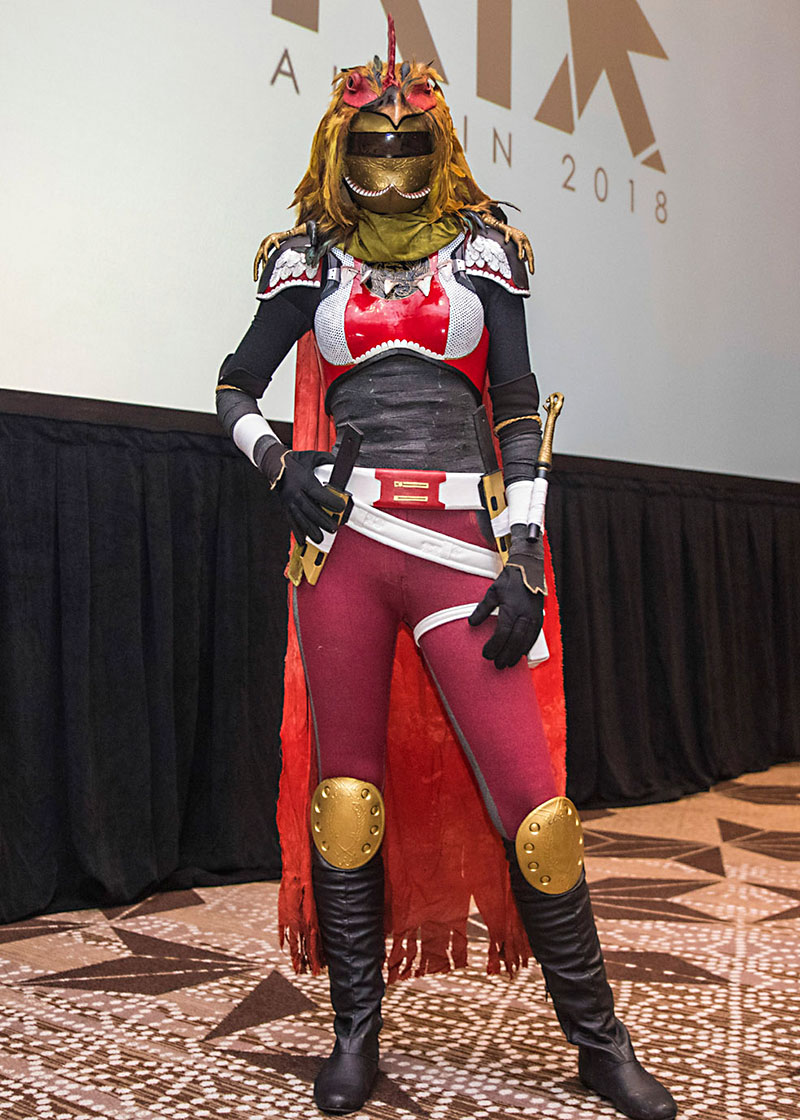 Riot Rogers of London, England, as Destiny Hunter with custom Rooster Teeth twist: "I once did Evil-Lyn [of He-Man] and the thing that made me kind of lose my mind was ... turning around and seeing a Skeletor and seeing him go '[gasp], Evil-Lyn!' Any costume where people recognize you and get excited is the kind of stuff that makes cosplay so good, like a drug." (photos by David Brendan Hall) 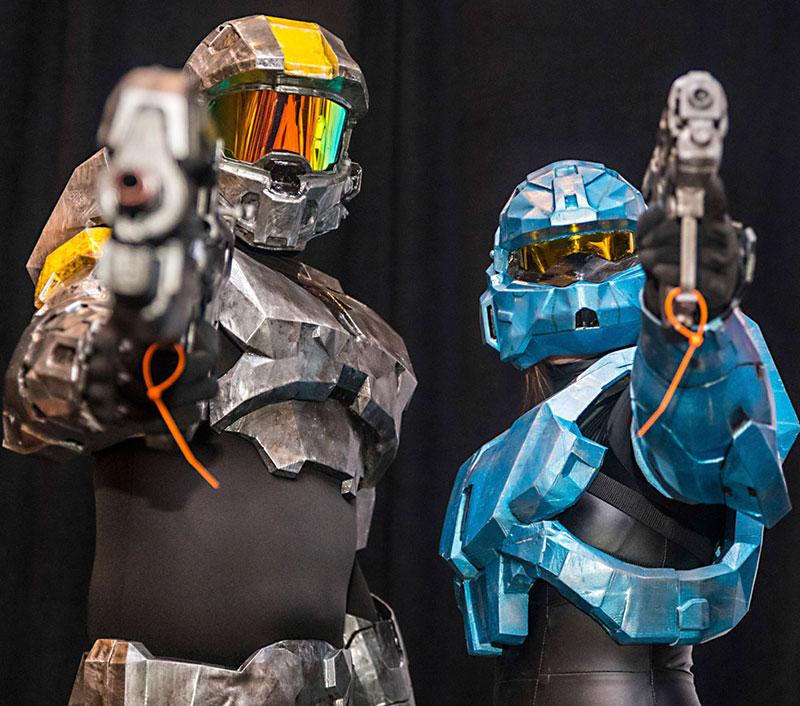 Carly Christiensen of Salt Lake City (bottom right) as a Halo soldier from Rooster Teeth's Red vs. Blue: "I work with a charity organization back in Utah called Kids Heroes Foundation and we kind of do what Make-a-Wish does on a lower scale. One of the boys that we helped had cancer and was going through chemotherapy, so we made a showing at his school. ... That's another reason why I do what I do – it's great to see kids so happy when they're going through stuff like that." 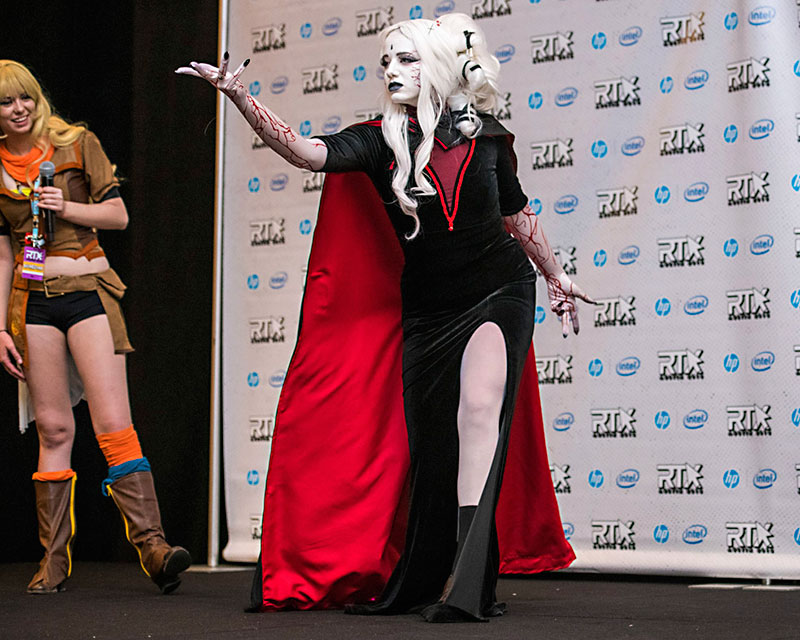 Juno Rogoff of Kansas City, Mo., as Salem from Rooster Teeth's RWBY: "I think walking by kids that aren't immediately terrified by my costumes is the most fulfilling part. Because they can see that wonder and maybe get interested in handcrafts, which is my biggest deal, because getting young people back into hand-sewing and making things themselves ...takes away from buying it from people who don't want to do it and are forced to do it overseas in sweatshops." 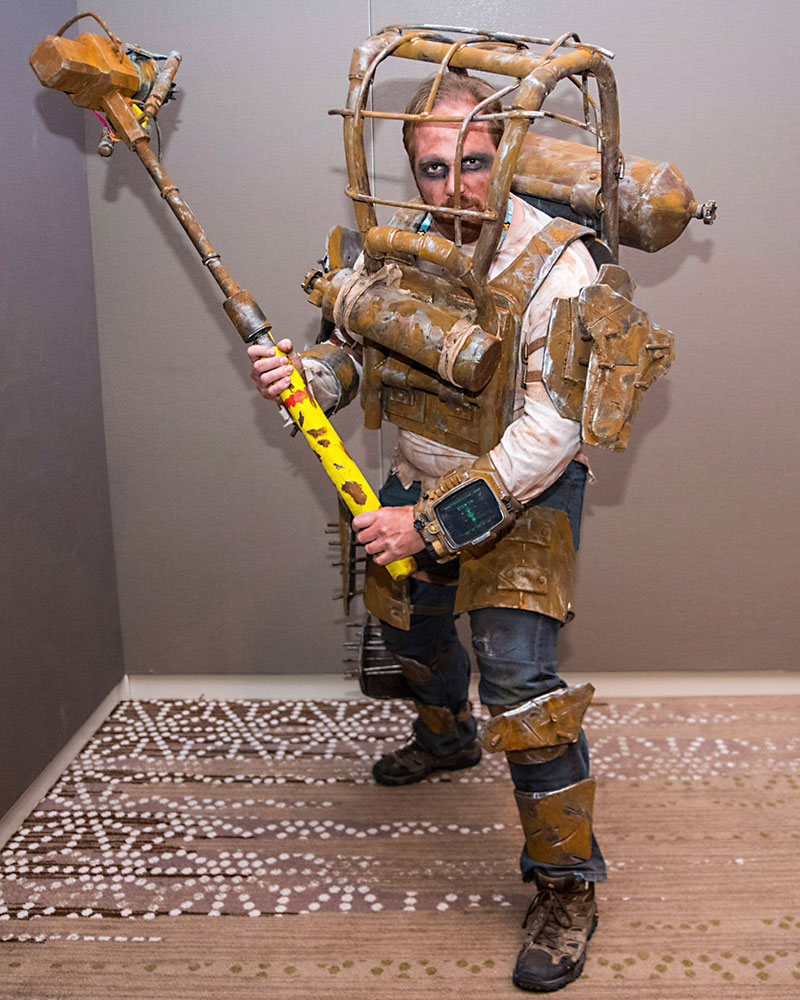 Patrick Flemal of Colorado Springs as the Lone Wanderer from Fallout 4: "I love the looks on random people's faces. It's the people in the hotel that don't know what's going on, or the little kids that are just in love with the costume. I have Skyrim armor that I wear as well, and I went to a ren faire and I just had a little kid who wanted to come and shake my hand just because he thought it was cool. I doubt that he knew Skyrim – he just liked it. So I love that part of it." 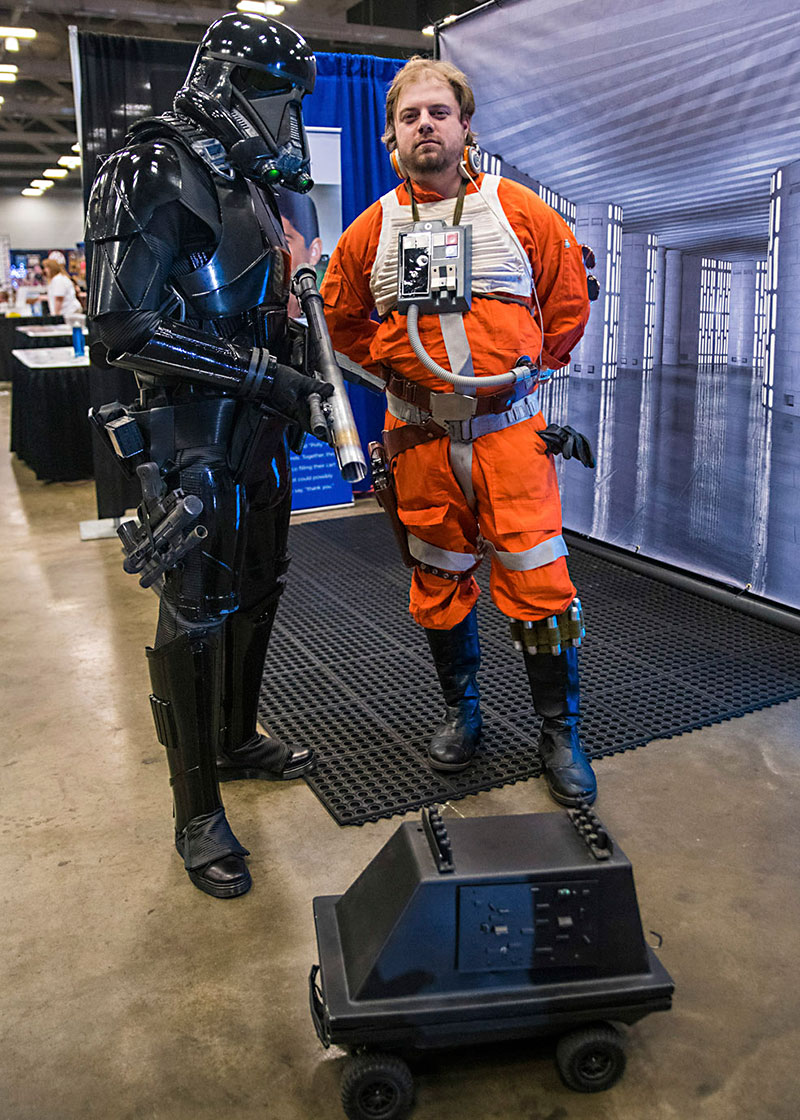 Chris Hummell of Houston as a Rebel Alliance pilot (representing Star Wars-themed charity organization the Rebel Legion) on why bringing a make-believe universe to life for others is so addictive: "We go to children's hospitals all the time with the Legion. Going into a situation like that where they're just filled with sadness all day long, then we go in there and brighten their day, even just for an afternoon – that's always great." 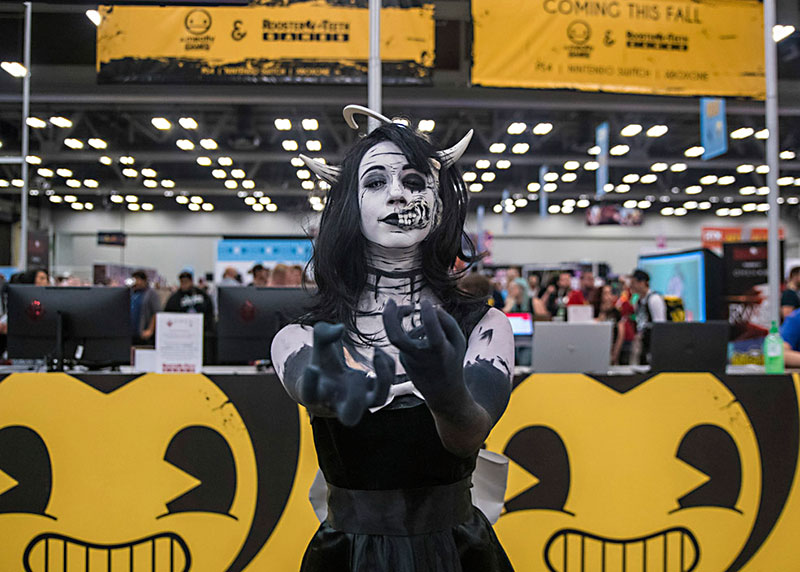 Renee Watson of Tuscon as Alice Angel from Rooster Teeth game Bendy and the Ink Machine: "About 10 minutes ago, there was a little 6-year-old girl who had come by the booth three or four times asking to meet me. So finally, I get here, she's here and she's just shaking. She's so happy to see me and I'm here engaging with her and staying in character and we hugged three or four times. And I know for a fact that kinda made her day, that kinda made her week. It's beautiful. I love it." 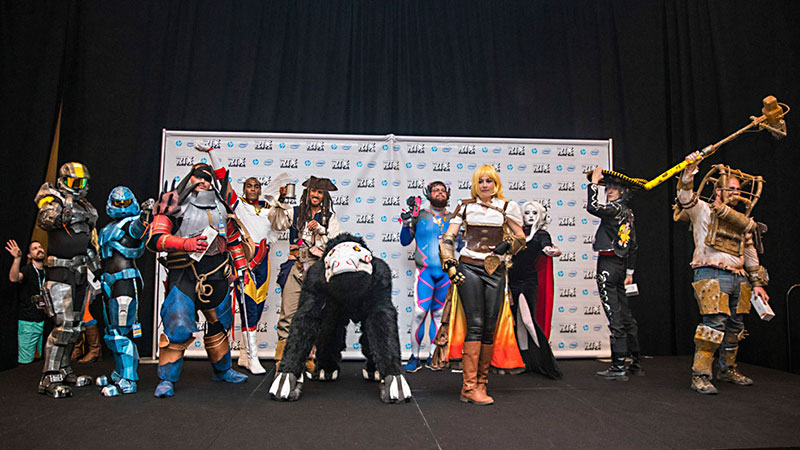 Winners of the Rooster Teeth Cosplay Contest at JW Marriott: "Seeing everybody creating all these different costumes, there was that Grim that was just insane" – that's the middle creature on all fours – "I've never seen anything like that," said Trevor Ballerstein of Eau Claire, Wis. (back row, blue Diva from Overwatch). "I thought it'd be kind of funny and add shock value as a tall, big, bearded guy in a spandex suit. And my goal is, I just want to put a smile on people's faces."
More Snapshot columns

Vortex Cosplay Expo
All week, Austin's masters of theatrical fantasy show you how to make an out-of-this-world look