Book Review: Into the Black Nowhere by Meg Gardiner

In the sequel to UNSUB, Gardiner pits Caitlin Hendrix against a killer based on Ted Bundy and shows again what a great storyteller she is 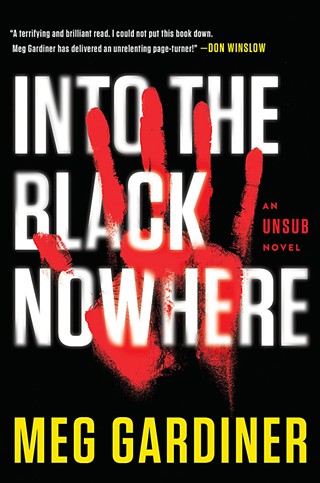 Given the current state of the world, it's hard, especially as a female-identifying individual, to process the constant threat of violence, even in fiction. There are more crime-based narratives circling around than ever before, and maybe that has something to do with the IRL abundance, but maybe it's also because exposing perpetrators' cruelty to the light reduces their long-term success. Usually.

For the majority of her writing career, Austin-based Meg Gardiner has employed female lead characters and based her fictional plots on horrific true crimes. The first book in her UNSUB series (soon to join the CBS television roster) was inspired by the Zodiac Killer, while the new installment, Into the Black Nowhere, homes in on an unsub (aka UNidentified SUBject) based on serial murderer and rapist Ted Bun­dy. Once again, Gardiner's protagonist is Caitlin Hendrix, a police detective in the series' first book, now an FBI profiler in the Behavioral Analysis Unit and someone who's suffered her own personal tragedies and physical harm as a result of criminal violence. Here, she's tasked with profiling a serial killer who's kidnapping women in our very own South Central Texas on Saturday nights. (Frequent location mentions amp up the intensity for those of us living just off of I-35.) The victims are blond, beautiful, and found dead, positioned strategically in nightgowns. The killer, charming and ruthless, is a ticking time bomb who, like Bundy, may be able to dance more skillfully than his law enforcement counterparts.

Gardiner opens with a chilling, if sparsely described, scene in which a young mother vanishes from her home. And then another young woman vanishes. And another, linking those clues together as fast as the pages turn. As a profiler, Hendrix has to get into the mind of the killer, and she does so strategically, as any good crime fighter ought to do. It's all about the psychodrama with this one. While the twists are a blast to read (as far as the hellscape that comes with homicide goes), a few had me rolling my eyes. That said, Gardiner is a great storyteller, demonstrating that there's no need to dilly-dally in exposition: Set the scene, scare the hell out of the reader, pepper with forensics, twist the story into terrifying knots, and then begin the unraveling (or not). While the book certainly has a formulaic feel, it works. And if it's a bit over the top in its conclusion, Gardiner's fast-paced style mimics the internet's speed, certainly upping the creep factor. For that alone, it's worth diving in.

Into the Black Nowhere: An UNSUB Novel