Sherry Thomas Is Our Lady of Crime Solving 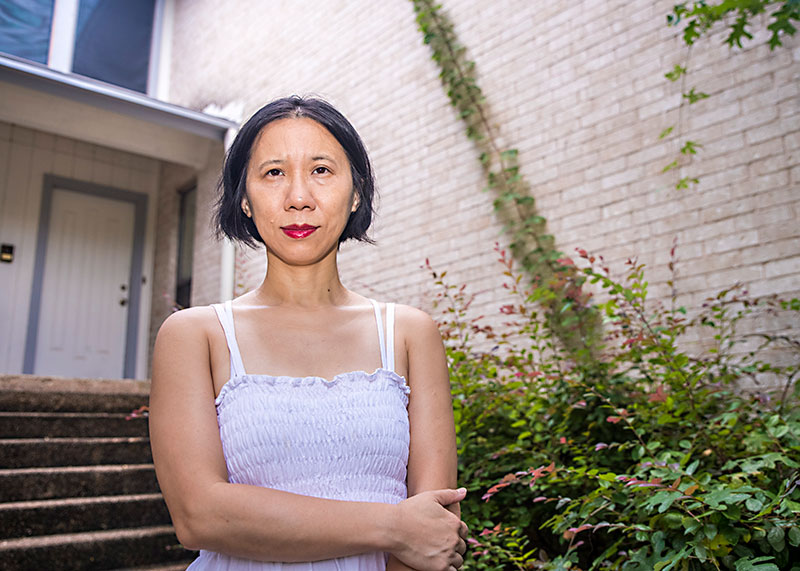 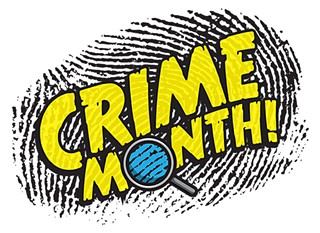 What makes the man: the clothes, the gait, the manner? Is being a man part of it? In the midst of a spate of female reboots – Ocean's 8, Ghostbusters, Dirty Rotten Scoundrels (now The Hustle), et al. – what better time to re-examine what is at the core of the world's most esteemed detective?

Enter the Lady Sherlock series, brainchild of Austin author Sherry Thomas. The books follow undervalued genius Charlotte Holmes, who engineers her own social disgrace so her family won't marry her off and does her sleuthing under the nom de plume of Sherlock (skirting sexism, natch). The path to a consulting career is a bit bumpier than in Arthur Conan Doyle's canon, but Charlotte's adventures are just as rip-roaring and the series' observations about human nature – especially regarding the intricacies of female friendships – are even more compassionately and keenly drawn. Thomas has her Victorian bona fides – she first earned critical acclaim writing historical romances – and it shows in the way she warmly details turn-of-the-century life.

With the first two Lady Sherlock books (A Study in Scarlet Women and A Conspiracy in Belgravia) earning places on NPR's Best Books of the Year lists and a third entry, The Hollow of Fear, due in October, this seemed a fitting moment to ask Thomas about the essence of the Great Detective and what changes when Sherlock's a Charlotte.

Austin Chronicle: One of the things I found so striking about the Lady Sherlock series is the way it pivots our understanding of what makes the Sherlock character so brilliant – so often Charlotte's insights have to do with the fact that she is interested in women's lives, when they were not generally considered worth noting. I'd love to hear about how that developed as a point of view for these books.

“If you’re going to actually explore what it means for somebody with this brain and this temperament to have been brought up under all the constraints of Victorian womanhood – you know, to be told not only do you not have choices, but you shouldn’t want any! – that, frankly, was the whole point of turning Sherlock into a woman.”

Sherry Thomas: Well, I don't know that it developed as a point of view for these books as much as it was always the whole point! [Laughs] Because once you change ... like, if you're going to do it realistically, if you're not going to just turn Sherlock into a woman and keep everything the same, if you're going to actually explore what it means for somebody with this brain and this temperament to have been brought up under all the constraints of Victorian womanhood – you know, to be told not only do you not have choices, but you shouldn't want any! – that, frankly, was the whole point of turning Sherlock into a woman. It's to explore what that's like as a woman, not so much what it's like as Sherlock Holmes. [Laughs] Which, in a way – we really are writing about our contemporary era, always. Because we still face very many of the same constraints. It hasn't changed – change was in degrees, not in the fundamentals.

AC: We have this very masculine idea of what a genius looks like: very austere and self-denying. Charlotte, on the other hand, is this enthusiastic consumer of fashion and food. There's something almost radical about reading about a heroine who's really smart and also really enjoys eating!

ST: Yeah, in the beginning, in my first iteration – you know how when you start writing, you really don't know what you're doing, you just kind of start writing? The very first time I wrote a chapter or two, Charlotte was very much a female version of the male Sherlock Holmes, I mean, appearance-wise. She was tall and skinny and I don't know whether she had an aquiline nose [laughs], but she was pretty much a female equivalent! And then I think at some point I was like, "No, no, I want a contrast! I want to go completely the other way." And I have a friend who has more degrees than you can count and is so smart, so insightful, and can write like 10 books a year and she happens to have a spectacular pair of knockers and when you go into her bathroom, I kid you not, there is like three cubic feet of makeup. And I always feel like you don't see that kind of representation. Most of the time, if a woman is competent, her style is on the severe side. And I just wanted to have my friend be in there somewhere.

AC: And when it came to approaching Watson?

ST: I knew I wanted a Mrs. Watson. If I have a Dr. Watson, that gets into the "Well, how are they going to live together?" [Laughs] Things get a little bit complicated! I think I settled on an older woman because Charlotte is fairly young and fairly inexperienced. And I wanted a different kind of woman. I want somebody who's worldly and who's experienced. I don't know if Mrs. Watson is exactly a broad, but I have always been very, very fond of women who have lived some and who have seen the world and who are still truly kind and offer a helping hand. I think that part of the reason is that I came up in RWA, the Romance Writers of America – it's very much a women's organization, and I've been very, very fortunate in the female friendship and the community of authors I've had, to know all kinds of women as three-dimensional people.

AC: Obviously, you're writing about a time and place very different from the time and place you're living in now. But I'm curious, are there any ways in which living in Austin has influenced or driven your creative work?

ST: This is not an answer to your question, but I grew up in China! I grew up in China until I was 13. And China in the early to mid-Eighties when I was growing up was still very Victorian. So one of the reasons I've had such an easy time writing Victorian settings is we had that formality and sexual repression.

As far as living in Austin, the great thing is that here there's a fabulous community of romance writers. I still go to our romance writers' meetings here and have fun with that community, that sense of camaraderie.

AC: Okay, I'll close with what may be an easy question: Do you have a favorite Holmes story?

ST: You mean, of the original canon? Hmm. Weirdly enough, if you're asking me what are my favorite stories, the first things that come to mind are actually pastiches. I love "A Scandal in Belgravia" so much, which is the BBC Sherlock take on "A Scandal in Bohemia." And I love The Beekeeper's Apprentice, which is the Laurie R. King update, the first of her Mary Russell and Sherlock Holmes books. So I don't know if I'll be crucified for this, but I really like the pastiche more than I like the original canon! [Laughs]

A version of this article appeared in print on July 13, 2018 with the headline: Our Lady of Crime-Solving