Last weekend, eight Austin Chronicle staffers did something dangerous. As our informed and faithful guide Seena Ounsinegad put it, we formed "a group of privately trained investigators" to follow up on a tip that "Panic City's subway system is home to a deeper and darker underbelly, namely that it's home to a number of notorious crime gangs."

OK, so maybe (definitely) this was the description for the hi-tech "End of the Line" escape room at Project Panic – the four-years-running Austin Panic Room's new offshoot at Guadalupe and 44th – and our guide was an employee. Still, the Chron crew (with "Snapshot" as documentarian) dutifully dove into this local puzzler inspired by crime pop culture to celebrate the kickoff of our July Crime Month (austinchronicle.com/crime-month). We were immediately boggled by crisscrossing clues upon entering the station, which co-owner Robert Ma says was inspired by a scene in 2012’s The Amazing Spider-Man where Peter Parker uncovers a secret subway criminal hideout: "He had to solve all these clues in order to get the subway car to come up," said Ma in a post-Panic chat. A sign indicated the gang we were dealing with was called the Kings, a "completely made-up, fictional gang," according to Ma. Could the numbers and colors also be clues? 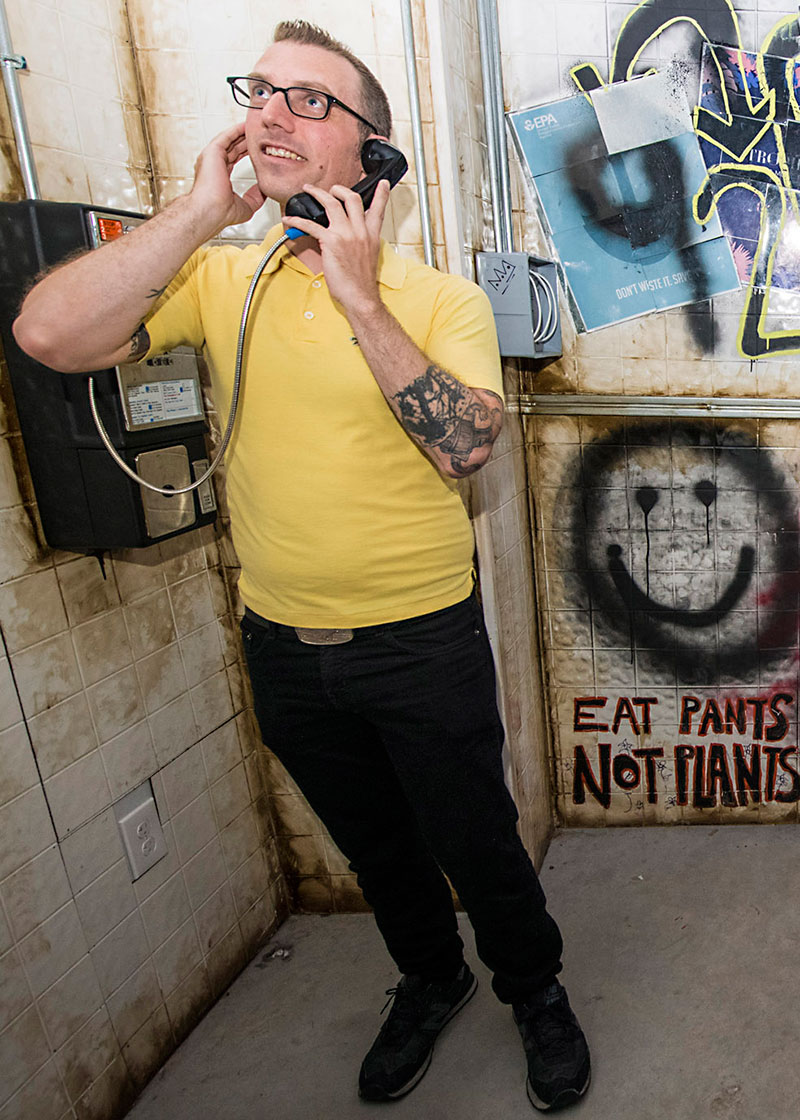 We tried everything, like calling numbers on this pay phone ... ... until we made it onto the subway car, which was booby-trapped to propel us toward a fiery crash. Only uncovering more clues could save us: "It's detective work how I imagine it to be," said Ma, who worked on the room with local engineers and prop/set designers. "You piece things together and use some kind of imagination or deduction to get out ... so it's similar to real crime solving in that regard." Several keys, hints (you get five freebies via walkie-talkie), and much button-mashing later, we were close to freedom, but running out of time: "You're fully immersed in a scenario where there is a real mystery or an unknown element," Ma said. With exactly 30 seconds to spare, the Chron crew escaped – whatchu know about deadlines? Ma's conclusion: "For people who are enthusiasts about crime or solving mysteries, I think it's a very good proxy."