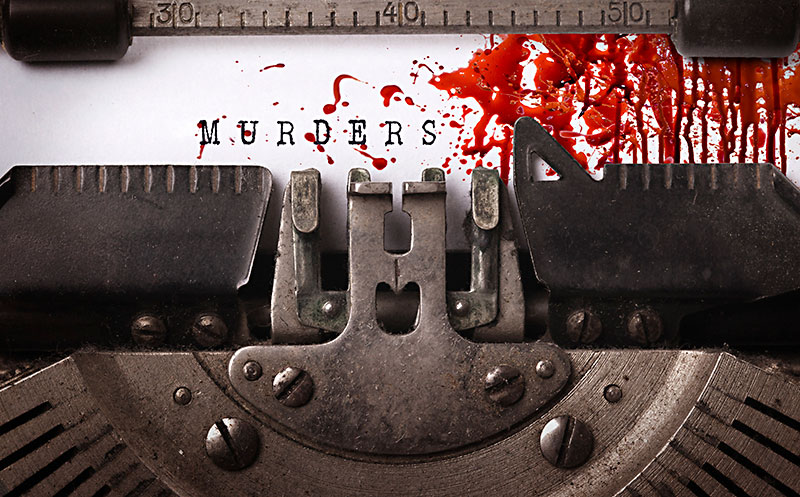 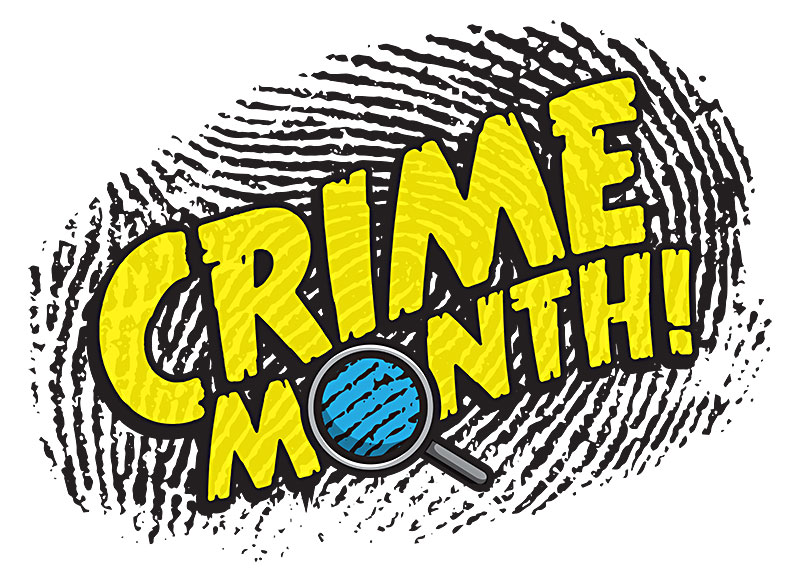 Helen Currie Foster. Noreen Cedeño. Kathy Waller. They're sisters in crime, and they write – and read – and are generally fascinated by – the unnerving variety of evil that humans do.

They're part of the local chapter – the Heart of Texas chapter – of the Sisters in Crime writers' network, a national organization founded in 1987 by author Sara Paretsky of V.I. Warshawski fame. (It's Sisters in Crime, yes, but brothers are also welcome among those "bound by their affection for the mystery genre and the support of women who write mysteries.") Foster is the current president of Austin's chapter, Cedeño vice president, and Waller the web editor. They're sitting with your reporter at a local coffeehouse to talk about what their outpost of SinC, begun in 1994 and as lively as ever, has to offer. And to divulge why they're so into narratives of our species' dark side in the first place.

"Part of it is, we like to understand why these bad things happen," says Foster, author of the Alice MacDonald Greer series of books relating the Texas-flavored sleuthing adventures of a "feisty Texas lawyer." "We want to know why people do these things. And then there's always the desire to solve a puzzle. You know, some of the classic English mysteries are very puzzle-oriented, where you have to figure out the clever mechanism. But I think there's more to it than that, these days, and the interest is much broader, more global. When Noreen writes, she gets into the paranormal ...."

"There's so much you can do with mystery," says Cedeño, nodding in agreement, "mixing it with other genres – with science fiction or fantasy." Cedeño's The Walls Can Talk, for instance, features a sort of ghostbusting detective crew called Bad Vibes Removal Services. "I like to look at why people commit crime," she says. "What would make someone do this or that, what would make them murder somebody. That should be of interest to anybody: understanding why someone would break such a primary social rule."

That's one of a writer's chores and joys, of course: investigating a character's interiority, whether that character is scrupulously law-abiding or a murderer, an embezzler, a rapist, a violent psychopath, a jaywalker. But, especially in the case of criminals (and their putative opponents, the police or citizen gumshoes), there are a lot of practical matters that need to be addressed. Shadowy practical matters, that need to be properly, realistically depicted. And access to that information, up close and personal, is one of the perks of SinC membership.

"About two years ago, we decided we needed some toolbox kind of programs," says Foster. "Something to explore what really goes on that we don't know about."

“I like to look at why people commit crime,” Cedeño says. “What would make someone do this or that, what would make them murder somebody. That should be of interest to anybody: understanding why someone would break such a primary social rule.”

"There's two levels for that," says Cedeño. "There's the general information about how crimes are committed, and then the writerly side of how to publish a book, how to launch a book, and all of that is very good for the business side. So we try to have topics that cover both. We had a meeting that featured a talk by a Texas Ranger, and that was fantastic. He talked about their efforts to reduce human trafficking and to find people who are being trafficked – on what to look for, how to identify a person who's being trafficked. And the details that went into that were just mind-blowing."

"In March," says Foster, "we had Ed Martin, who is a mild-mannered, charming CPA for the IRS – who ultimately tracked down the murderers of Madalyn Murray O'Hair and her family, and got the killers to share the information and even draw him a map to the burial site."

"What fascinated me about that talk," says Waller, whose short stories are featured in the Murder on Wheels anthology from Austin Mystery Writers, "was when Martin finally got to the man who would give him the whole story, the guy said, 'Look, I don't talk to law enforcement.' And Martin said, 'Hey, I'm IRS, you can talk to me.' And the guy spilled it."

"That story," says Foster, "there are so many details that are stranger than fiction."

"Exactly," agrees Cedeño. "If you tried to write something like that, no one would believe it."

The point with fiction is, of course, to write things that people do believe, that at the very least allow for an easy suspension of disbelief. And Sisters in Crime is primarily a writers' organization, after all, so you can likely deduce the tenor of many speaker-enhanced meetings.

"Yes," says Foster, "in addition to learning about the business of writing, we also have speakers on the art of writing. We had Michael Noll from the Writers' League of Texas – he wrote The Writer's Field Guide to the Craft of Fiction – and he had us do some voice and description exercises. His first question was, 'How many of you like to do writing exercises?' And the whole room just hissed." Her sudden laughter rings like pleasant chimes in the coffeehouse backyard. "But it's helpful," she continues, "because writing is a lonely occupation. And so for someone to come in and jog your habits a little bit, or bring new insights, it's a really helpful thing. One of my favorite meetings was last November, when everyone who was working on something got to read whatever it was – for five minutes. So you hear different voices and you learn something about the people you've been sitting next to in meetings."

"It's good to know what your friends are working on," says Cedeño, "to get a taste of how everybody else writes."

And that sort of taste, and the speakers that enhance it, are what's provided by the Heart of Texas chapter's monthly meetings – which take place at Cafe Express on the second Sunday of each month and are attended by 20 or so of the chapter's current members. And, nota bene, those meetings are open to the public.

So we'd tell you about the meetings, anyway, in case of your general interest; but, personally, we're glad to note that the SinC guest speaker on Sunday, July 8, will be Dr. David Ciambrone, retired scientist, chemist, forensics consultant, and author of Poisons: The Handbook for Writers, who will be telling the gathered all about the chemical means of bringing death to those who, depending on whose narrative you empower, may or may not deserve it.

A version of this article appeared in print on July 6, 2018 with the headline: Murders, They Write