Gold n' George's For a Limited Time Only

In this lighthearted show, Natalie George, Heloise Gold, and their collaborators reacted to current events by exploring, inventing, playing 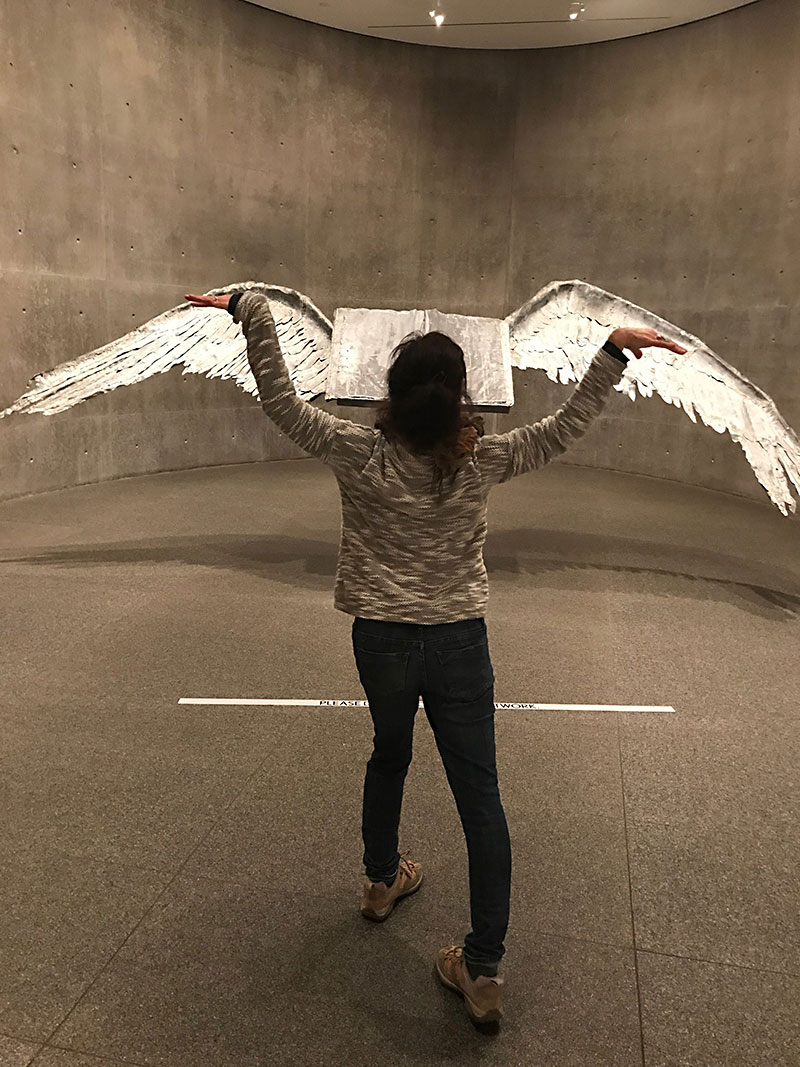 Artists have various personal and artistic responses to crises, and over the last year and a half, especially, we've seen a lot: terror, outrage, resilience, parody, earnestness, despair. In the lighthearted three-part performance For a Limited Time Only, Heloise Gold, Natalie George, and their collaborators seemed to react to current events by doing what they do best together: exploring, inventing, playing.

In the first section of the performance, panels of video showing Gold and George moving within a variety of surroundings slid across a large screen. In an industrial warehouse, on a driveway, down a staircase, and in a sandy landscape, the performers aligned themselves with architectural and natural elements and then broke out of those associations; they scraped their sneakers on gritty floors and repeatedly kicked an indestructible plastic garbage cart. Gold, in jeans and a blazer, danced quietly, lucidly before a wall of mirrors. The videographers, Gold and Rich Armington, and video designer Colin Lowry played with perspective, comparison, and contrast. At the end of this section, its title paraded down the screen: "Dance Where You Are." Did one need this reminder? I suppose it didn't hurt.

For the next sections, the audience was led to a second seating area on the other side of the screen (set up at the back of the theatre, facing the other side of the screen). The Ground Floor Theatre is typically not the best performance venue for dance, so I was thrilled that Gold n' George got creative with the space: Side B had a white floor and a constellation of hundreds of white balloons above us, floating like clouds. In interludes between the sections, performers paraded behind the curtain in a shadow show, and George, in sunny yellow sneakers, crossed the stage in a leggy groove, on a skateboard, and leading an ugly-cute wrinkly dog, billed under the name Franklin T. Smalls, on a yellow leash.

The second section was a solo for Gold, created with Steve Moore and directed by Jason Phelps. After introducing a simple tune on a melodica (the toy-looking instrument with a little keyboard and a mouthpiece), Gold launched into a sustained song-and-dance, meandering like a child's improvised song, about a childhood friendship. Impishness and seriousness swirled into a temporarily stable solution. Then, from Jekyll to Hyde, she switched into a hunched, growling, hunting creature, narrating her bodily expressions of anger and fierceness as she crossed a diagonal. "This is about the news!" she roared once, the metacognition interrupting the play-by-play. At the end of the diagonal, she lay her cheek on a small glittery tile on the floor, which, sticking to her face once she raised her head, seemed to provide some kind of solace.

In the final section, conceived and directed by Gold, Rosalyn Nasky and Katy Taylor embodied the sounds of musician Henna Chou's looped cello and percussion. Another addition to Gold's collection of studies in contrast, Nasky's microcontortions were stark against Taylor's rounder, broader movements. They smiled at one another as they crossed the stage hip-to-hip in a seated position, wiggling their haunches to move forward. The overall effect of this method of locomotion was strikingly similar to that of walking: sway, transfer weight, sway, transfer weight. In this moment, among others, the fruits of the exploration were evident, not in finding uncharted territory but in the revelation of the pluralities of who we already are.

For a Limited Time Only 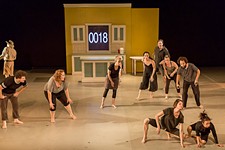 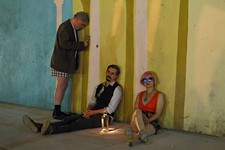 The Hotel Vanya, or A Metaphysical-Paradigm at the End of Everythingness
For a getaway steeped in Chekhovian longing and ennui, The Hotel Vanya is the only place to stay