With this play, Crystal Bird Caviel honors ancestors who were slaves and her colleague, the late Dr. Billy F. Harden 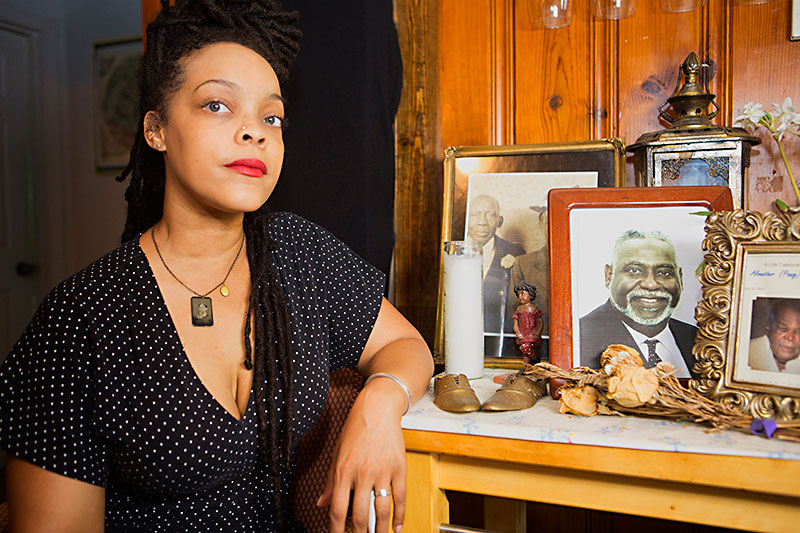 Crystal Bird Caviel is hearing a lot of voices in her head these days. Most of them belong to former slaves, African-Americans who lived long enough to be interviewed for a federal Works Progress Administration program in 1937 and have their experiences recorded so future generations could learn what slavery in this country was like directly from those who lived through it. Their voices survive not only in the Library of Congress' Slave Narrative Collection, but also in the play Juneteenth Chronicles, which is being given a staged reading by Spectrum Theatre Company this weekend. As Caviel is directing that reading, she's spent several weeks poring over that script, so much so that those former slaves have taken up residence in her head, repeating their stories again and again.

One voice that Caviel also hears, though, does not belong to that ancestral group. It is, by contrast, the voice of someone who left this life just two months ago and someone Caviel knew well enough to consider a friend and colleague and mentor – even a "cousin." He was Dr. Billy F. Harden, a beloved educator and fixture in the theatre scene whose death, April 10, was deeply felt in many communities throughout Austin. He was mourned at the Metropolitan AME Church, where he had been active in the music program for almost 50 years, including as director of music. He was mourned in area schools, where he'd been a teacher and administrator in Austin and Pflugerville, and a manager at the Extend-a-Care afterschool program for 17 years. And he was mourned in the theatre community, where over the past 35 years he had appeared in dozens of shows with ProArts Collective, Capitol City Playhouse, Live Oak Theatre, State Theatre Company, Zach Theatre, Austin Playhouse, and Spectrum, which he had helped found in 2013 and served as executive director. It had been Harden's dream to bring Juneteenth Chronicles to the stage this year, but cancer prevented that. When he accepted that he couldn't be the one to see it and other company projects through, he sought out people who could.

“It’s the actual words of our ancestors and elders and the people who lived through [slavery]. So I feel this great, great responsibility that their story be told.”

One such person was Caviel. Harden did not have the long history with her that he had with, say, Spectrum co-founders Jacqui Cross, Carla Nickerson, and Janis Stinson – with whom he'd been treading the boards as far back as the Eighties. He'd met Caviel just two years ago, after seeing her in Austin Playhouse's Disgraced. Shortly after that, she made an unusual gift to the company: more than 40 "church lady" hats that belonged to Caviel's grandmother, who was being moved into a care facility. It proved a timely donation, as Spectrum was producing Crowns, a musical based on the tradition of African-American women wearing elaborate Sunday-go-to-meeting hats. A few months later, Caviel was cast in a Spectrum show, Spunk, so Caviel and Harden had the chance to work side-by-side. And something between them clicked – like they were family. They began working on a play reading series for the company and spoke as regularly as once a week.

After Harden's death, Abena Edwards, the local playwright who created Juneteenth Chronicles, chose to give Spectrum her play – but with a stipulation. According to Caviel, Edwards told the company, "'We've got to do this to honor [Billy's] memory, and I'll only let you have it if Bird can direct it.' I think she felt [Billy and I] were on the same page a lot of the time and that I knew his heart and that I have a passion for continuing the work and doing it justice."

Caviel was grateful for the opportunity, but allows that "it was really intimidating" taking on the show. "It's the actual words of our ancestors and elders and the people who lived through this. So I feel this great, great responsibility that their story be told. I've heard a lot of people say, 'We weren't alive back then, so it doesn't matter,' or 'Black folks need to get over it,' or 'I don't want to hear nothin' else about slavery,' or 'My family didn't own slaves.' They're all just shucking responsibility or putting blinders on. My hope is that this show jars something loose or awakens something in people so that they can have respect for what these people went through. It's a crime against humanity that went on for a very long time, and it was way worse than people could imagine."

The horrors of slavery can be heard many times in the play, in incidents of appalling violence – the one most haunting for Caviel involves a 9-month-old baby being whipped to death for crying. But the director was struck by how casually they're often related, how the former slaves "talk about something matter-of-factly that is a horrendous, horrendous thing. 'Well, that's just the way it was. So-and-so got his foot cut off 'cause he tried to leave.' That they could talk about that kind of thing like it was commonplace. There are stories where people are working in a field, and former slaves come walking by, and they're like, 'Why are you still working? You free. You know that, right?' 'No, our masters will tell us when we're free.' 'Well, we got the word from them Yankees. We been free.' But they're like, 'Nope. Don't even believe you. Massa and Missy are good people. They'll let us know when we's free.' Damn! Turns out Massa and Missy wanted us to finish the crop, to make sure everything got done before they informed us about emancipation. So selfish.

"I feel like the work is a metaphor that reflects the black experience as a whole – tragedy and joy and all of these things at once. The whole show is like a roller coaster for me. 'I went down to the town and married so-and-so and we jumped over the broom and it was a good time.' And the next story is like, 'Missy gave me 500 lashes, and I laid across the log all day and I thought I was dead.' The stark contrast of the experience that could be your life is shocking."

The power of those experiences has made Caviel very conscious of who she casts. "You have to be able to tell a story, and it really is a skill that not everybody has," she says. Indeed, Caviel has faced challenges in finding the right match of performers to material that have left her feeling stressed or stuck. Then, she says, "I'll stop and try to think of what [Billy's] advice would be for me. He'd be like, 'Niece, just do the work. Move forward and let the work speak for itself.' I feel him and hear him in my head a lot. And it's about progress, about just keep going and move forward and move through it. Even on his literal deathbed, he was like, 'Let's get that goin'.' It took so much effort for him to get those words out of his mouth. He wasn't even looking at me, he was looking off into the distance, but I was talking to him about the reading series and trying to make sure he knew somebody was gonna keep it going. He's on my ancestor altar, so I pass his smiling face every day and think, 'I'm doing it.' Even if it's not perfect – and I'm gonna do the best I can – I know he's proud of me because he feels somebody's charging ahead, carrying the torch for him. I know it. And that gives me peace."

And when Caviel has followed her mentor's dictum to "just do the work," it's led her and her cast to amazing connections to their ancestors. "There's a special thing that happens in the room; it's like a magic is happening because you're plugged into this living memory. It's come alive in the room so many times. Reading the words of those people and having someone say, 'I know this name,' or 'I've heard this story,' or 'I think those are my people,' there's something really special about that. Oh, I have chills. It's an important opportunity for us to tell their stories so they can continue to live. My whole thing is: What is remembered lives. And that's why this is so important."

A version of this article appeared in print on June 15, 2018 with the headline: Living Memory 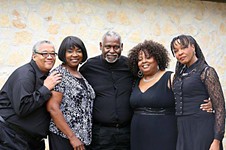