"Krista Steinke: Good Luck With the Sun" at W&TW 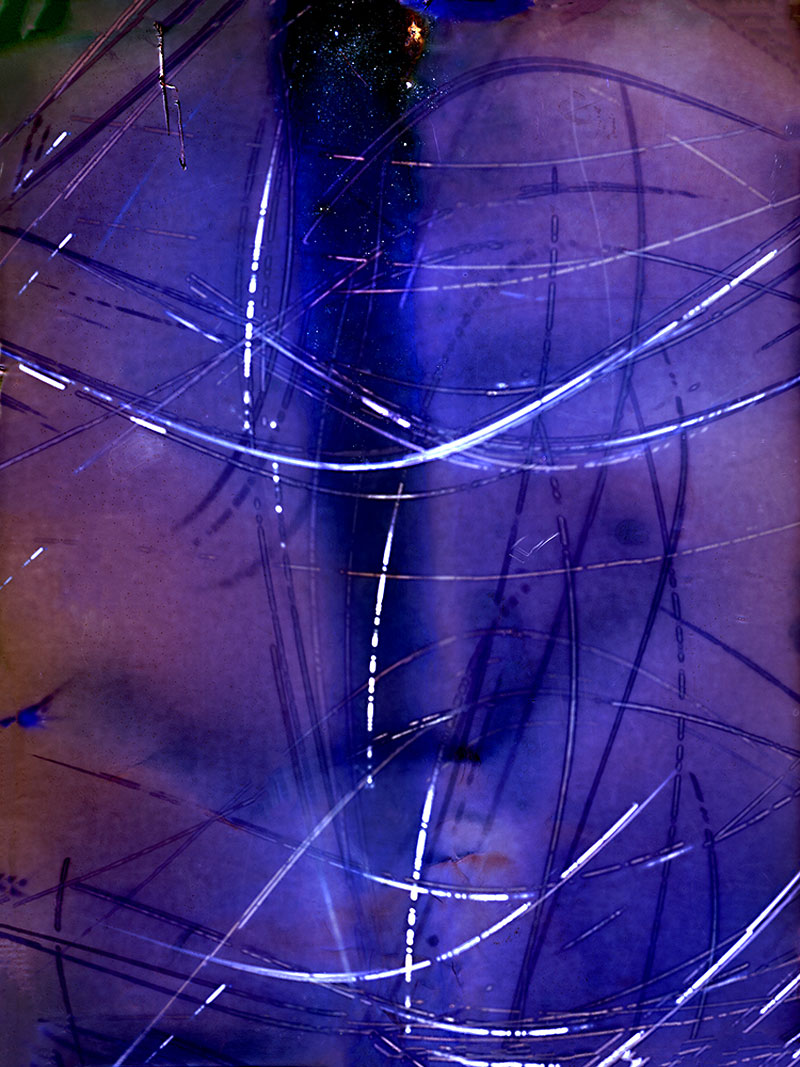 a vacation from my vacation by Krista Steinke

Summer in Austin means a constant cognizance of the sun: where it is in the sky, where to escape it or else bathe in it, how warmly it's heating our city, when it goes down. Last August, this cognizance was heightened as people flocked outside to witness their part of the total solar eclipse. Many people took photos of the sky that day, and Krista Steinke was one such person with her lens pointed to the sky. Unlike most others, she made her lens herself, and, unlike most photos, the result is spectacular. The cheekily titled fear of missing out is one of many shots of the sun, or solargraphs, on view at Women & Their Work in her solo show "Good Luck With the Sun."

Throughout the gallery, Steinke displays her experimental shots of the sun. Using long-exposure and routinely rotated pinhole cameras, she surrenders to the luck of her own crafty technology and the sky overhead. The long exposure times create streaks of light against dark and speckled fields of sky, like the long-exposure photos of traffic ripping through cities like streams of pure motion. Steinke's pace is different, though. Things slow down, perhaps in an attempt to match the pace of her subject, the astronomical schedules of rotation and orbit, day in and day out, for weeks, months. She does capture the sun's path and regular presence over time, but one can only ever strive to pin the celestial. More moving is the way Steinke transposes the sun's schedule onto the pace of a life, where time is tricky. Not strictly calendrical; time expands and compresses around events, people, moods.

70 days after the election and a vacation from my vacation both present a catalog of the sun moving across the sky for a defined period of time, but their titles and the distinct segments of time they capture reveal more about the happenings of a country and a person than the sky. In a series titled learning to let go, Steinke presents Lessons 1-3, each a poster-sized print of a multi-week pinhole photo of Houston before, during, and after Hurricane Harvey. The results are strikingly different. Lesson 1 shows a glittering shatter, reminiscent of the Milky Way. Lesson 2 shows a swirl of colors, an oil slick sky. Lesson 3 is all contrast, bright white erupting out of dark black holes.

In it all seemed so serendipitous, described as a "one-week pinhole exposure with insects and an accident," the sun is an afterthought, interrupted by splotches of orange and indigo dust and the barely legible corpses of insects that happened to befall her camera. As you leave, there is a display of a dozen of these pinhole cameras. They are canisters and boxes, none larger than your average lunchbox, coated with tape and warnings: "Camera," "Do Not Touch." There's something funny about the fact that these unassuming boxes, tucked away somewhere exposed to the elements, produced the images throughout the gallery. That any of the images turned out feels kind of lucky. 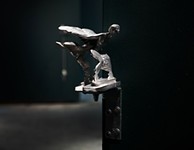 “Shana Hoehn: Hauntings” at Women & Their Work
Vintage hood ornaments are reimagined as sculptures that expose the historically distorted treatment of women’s bodies