The Austin Arts Hall of Fame Class of 2018

When you look at the vitality of the arts and culture in Austin, it isn't just the current crop of creators who are responsible. It's the artists, educators, patrons, and arts advocates who have devoted their time and effort into making the work, founding the institutions, and providing the support for the visual arts, classical music, dance, and theatre, over many years, who have made the difference. It's those individuals that the Austin Critics Table has sought to recognize in the Austin Arts Hall of Fame, and the five people being inducted this year all share a commitment to making art thrive here. Whether they've created art themselves or created opportunities for others to create art by teaching, mentoring, or providing support, their generosity and constancy have benefited the entire community. The Austin Critics Table will induct them into the Hall of Fame during its annual awards ceremony – the most informal one in town – Monday, June 4, 7pm, at Cap City Comedy Club, 8120 Research. Here is a brief introduction to these cultural heroes. 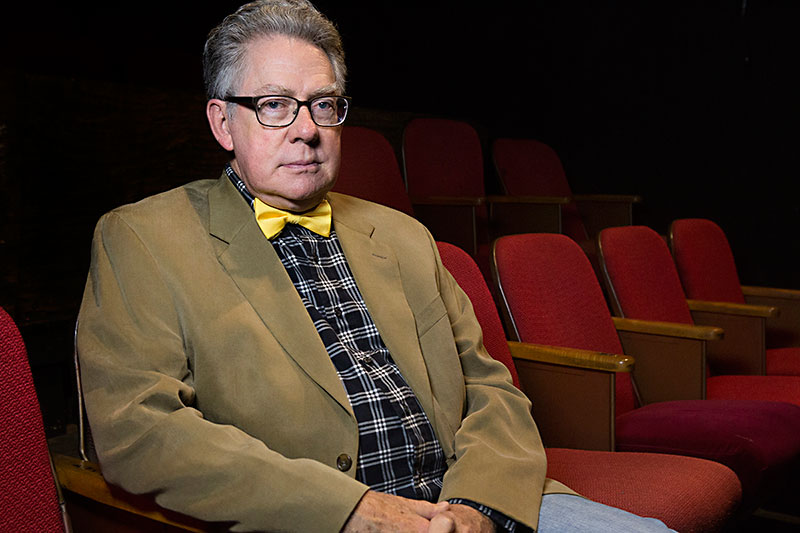 In every program for a Different Stages production, one page is dedicated to listing the company's repertory, and that page tells a story – not just of this group's theatrical work but also of its founder and sole artistic director, Norman Blumensaadt, and what he's brought to this city through his company. It starts with 1981, after which come 65 lines of dense text that show Blumensaadt has been mounting plays nonstop for 38 years now, a show of remarkable commitment to his art form and this community. Scan the list and you'll find classics staged by no one else locally, largely forgotten plays from the early 20th century, provocative political dramas from late in the century, and recent works by up-and-coming writers in the U.S. and UK. The list reveals a catholic literary taste and a keen appreciation of language, as well as drama that's thoughtful and challenging. Blumensaadt has given Austin its best education in great playwriting. He's also given many, many actors and designers some of their first work on a local stage, helping them establish a place in our theatre scene. This producer/director/actor has said, "All theatre should be of its community." For four decades, he's made good on that. 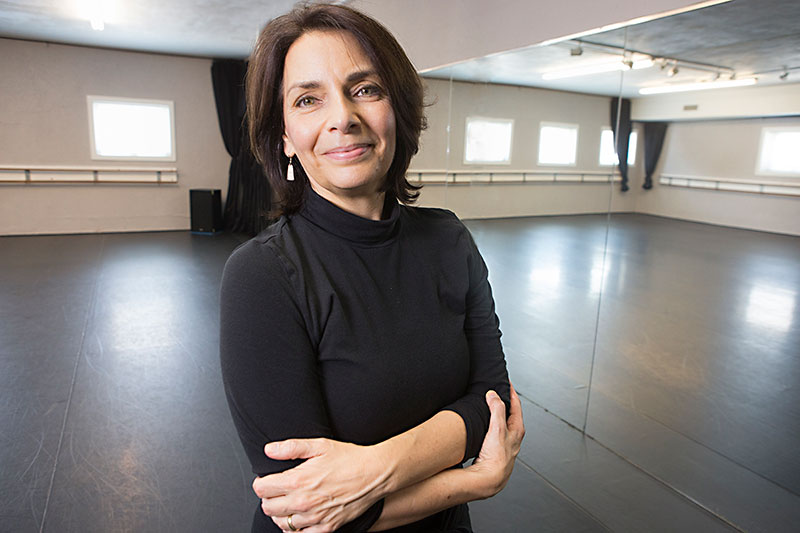 "Modern dance is important because, like all art forms, it's a direct reflection of the culture. We learn from it. There's no fixed vocabulary – we evolve and create our vocabulary every day." So says Kathy Dunn Hamrick, and for the 29 years she's called Austin home, she's been a model for the artist who approaches each project in a spirit of experimentation and reinvention. While she adheres to the abstract movements of modern dance (she studied with José Limón principal dancer Ruth Currier), Hamrick infuses her work with grace notes of humor and humanity that allow her big thoughts to feel personal, relatable. And they do evolve. As Chronicle Dance writer Jonelle Seitz observed, each work seems "more sophisticated, more human, more poignant, and more important than the last. Hamrick's dances show us how to be: how to approach, how to respond, how to accept challenges and joys." In addition to the work of her own company, founded in 1999, the choreographer shows us how to be in the Hamrick/Warren Dance school, which she co-founded and has run with artistic partner Kate Warren since 1991; the studio Cafe Dance, which she's run since 1996; and the Austin Dance Festival, which she founded in 2015. 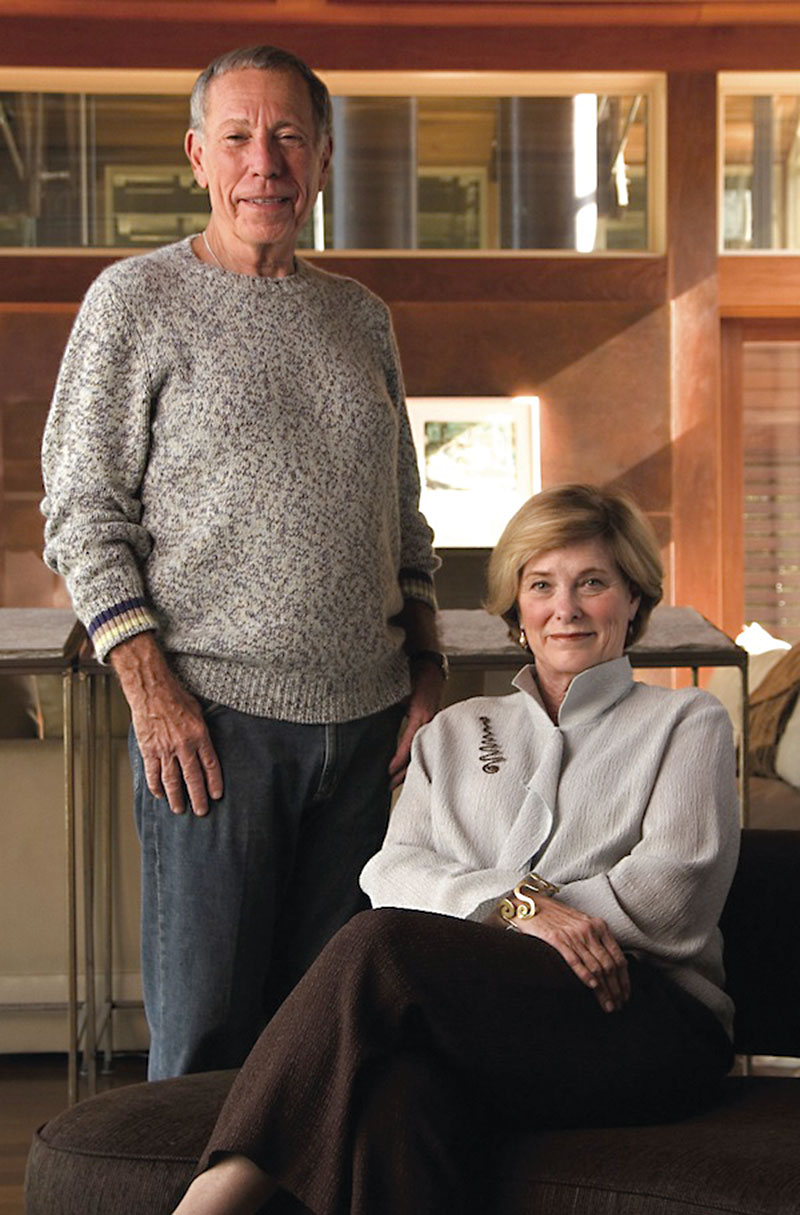 When Jeanne Johnson met Michael "Mickey" Klein, she finally found someone whose love for art was as big as hers. On their first date, they spent all night talking about art. As a couple, their mutual passion has grown into something grander and more visionary, and in the dozen-plus years they've lived in Austin, Jeanne and Mickey Klein have transformed the visual arts landscape here. Step inside the Blanton Museum of Art, and you'll see their impact on the scene in the form of Stacked Waters, the mass of blue tiles that fill the atrium. The Kleins commissioned it from artist Teresita Fernández. They've played a major role in the Blanton's acquisition of many works, such as Luis Jiménez's sculptures Progress II and Border Crossing, El Anatsui's Seepage, the Teresa Hubbard/Alexander Birchler film Giant, 28 contemporary art videos, and the new jewel in the Blanton crown, Ellsworth Kelly's Austin. Their generous support helped the Ransom Center gain the Ed Ruscha archives and Arthouse renovate its Downtown headquarters (now home to the Contemporary Austin). And they give their time as well as money, on the Blanton's National Leadership Board (Mickey and Jeanne), the Contemporary Austin board (Mickey), and the board of San Antonio's Artpace (Jeanne), as well as various boards at their alma mater, UT Austin, and the UT Elementary School, where Mickey volunteers in the classrooms. The Association of Fundraising Professionals of Greater Austin named them Outstanding Philanthropists of the Year in 2013, but the truth is, they're outstanding philanthropists every year. 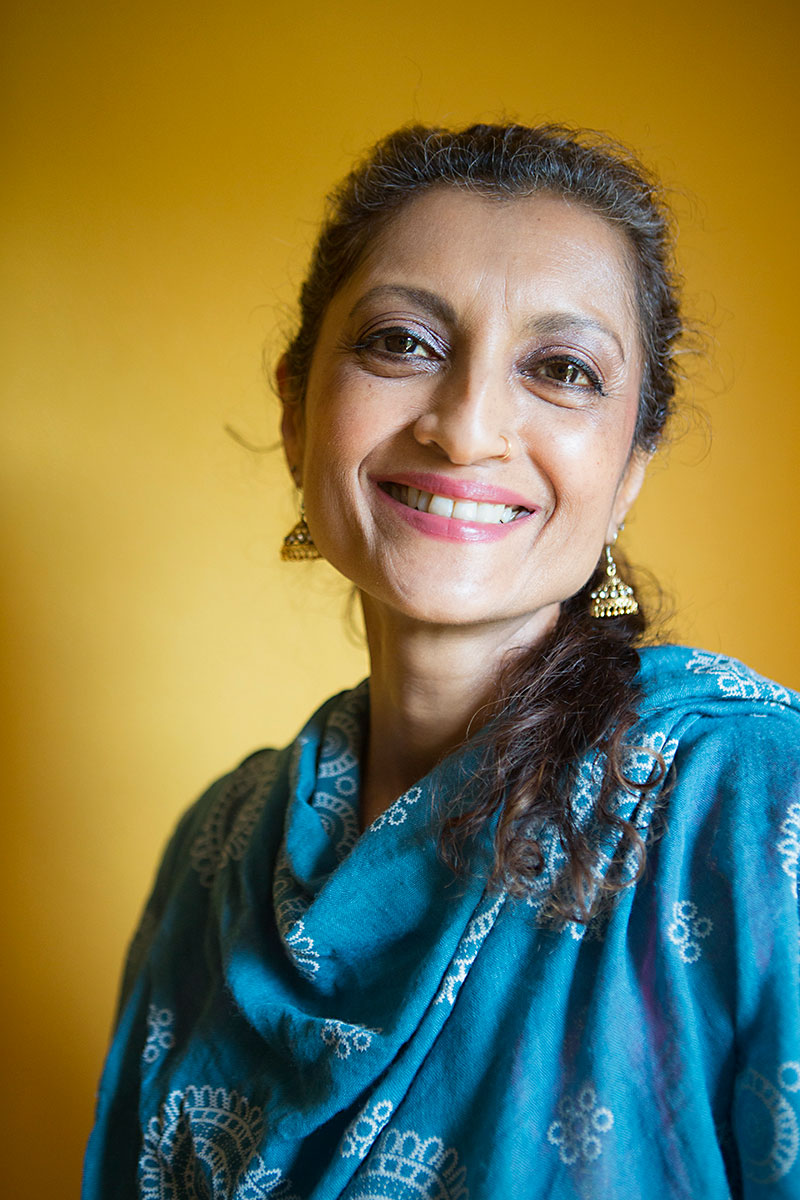 The key to Anuradha Naimpally's artistic mission lies in the name of the company she launched 29 years ago, Austin Dance India – two different places linked by dance. The dance is Bharata Natyam, a form of Indian classical dance that Naimpally has been studying since she was a 13-year-old in Thunder Bay, Ontario. In 1989, after being awarded the Jacqueline LeMieux Prize by the Canada Council, she moved to the heart of Texas, where there was little Indian culture to be had. But it didn't stop Naimpally from quickly establishing herself as a valued performer and educator. Her appearances as a soloist led to collaborations with Austin groups such as Tapestry Dance, Cowboys and Indians, and Blue Lapis Light. And from teaching a few kids in her garage, Austin Dance India grew into an organization that's now taught Indian dance to hundreds of area youth; has produced its own concerts, often with international guest artists; and promotes social justice causes such as girls' empowerment – the 2016 production Girl Power! featured 54 performers, including Austin Dance India's student ensemble, a girls' choir, and professional musicians. Naimpally's dedication lets Bharata Natyam call Austin home.

A version of this article appeared in print on May 25, 2018 with the headline: Giving Their All 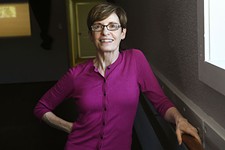 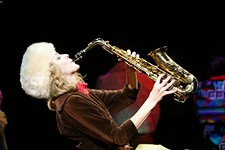