In a town that so ardently touts its tacos, is there any love left for another Southern mix-and-match staple, the chicken wing? At least the foodies who braved spats of torrential rain at the second annual Austin Chicken Wing Festival would say yes; 1,500 of them gathered at the Auguste Escoffier School of Culinary Arts on Sunday to chow down and vote on nearly 20 varieties of wings.

"People might come here expecting, 'I'm just gonna eat a bunch of Buffalo wings all day,'" said fest co-founder Scott Shepard. "But you have so many types and flavors that I think it really opens people up to something they didn't know previously that they like – it's a great way to celebrate diverse food." 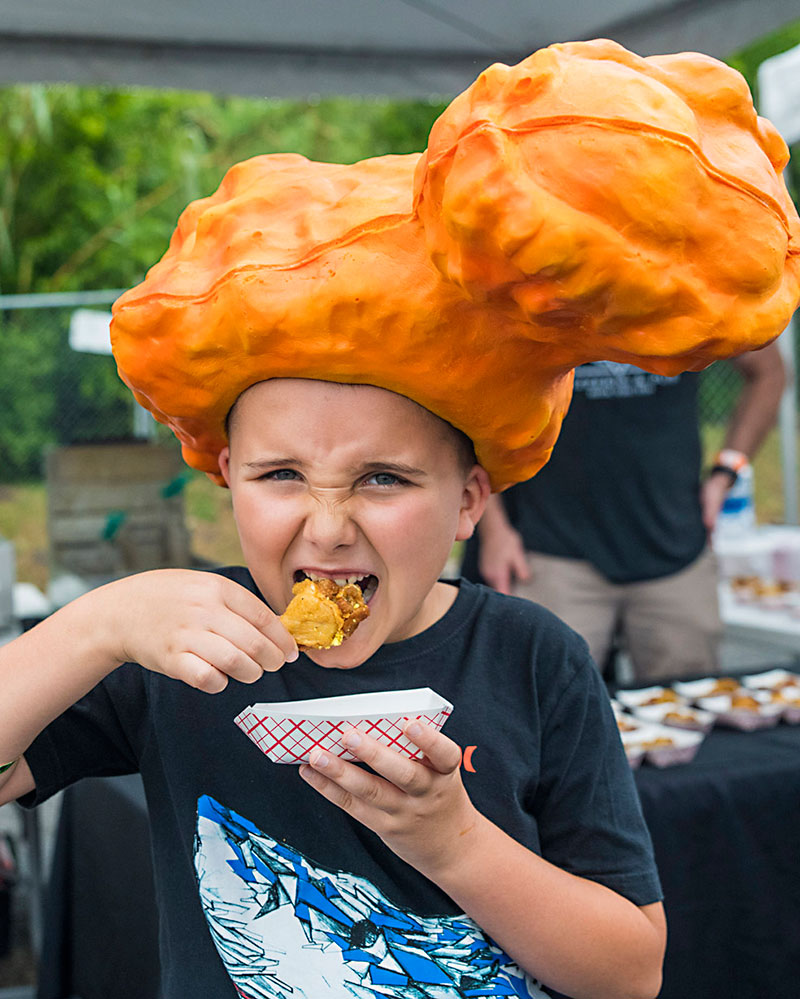 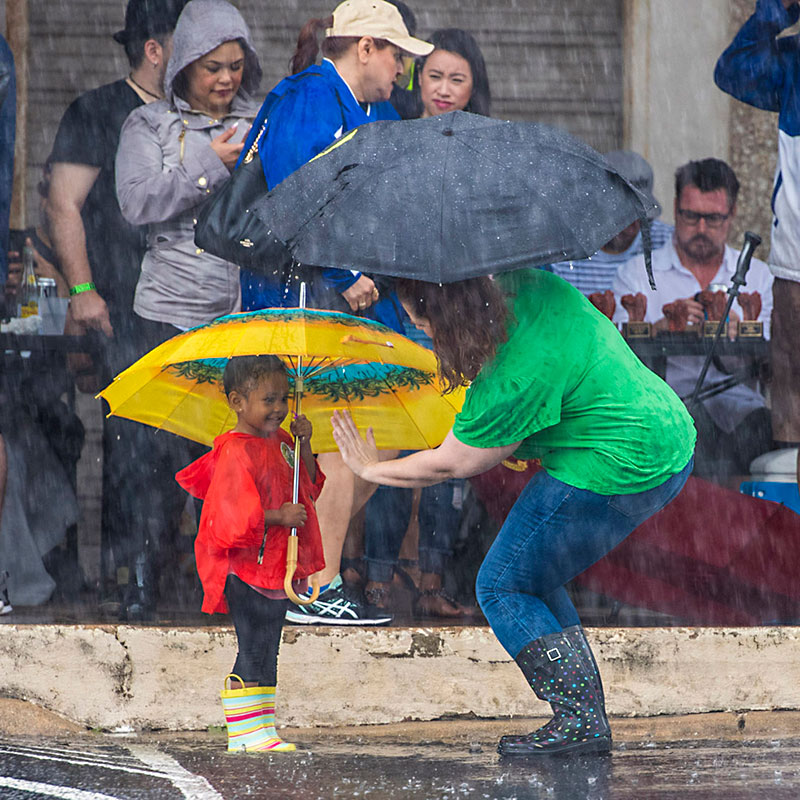 Attendees still found fun ways to wing it during almost an hour's worth of lightning storms. In the background: Judges tally marks for the Best Wing/Best Wing-Inspired entries. 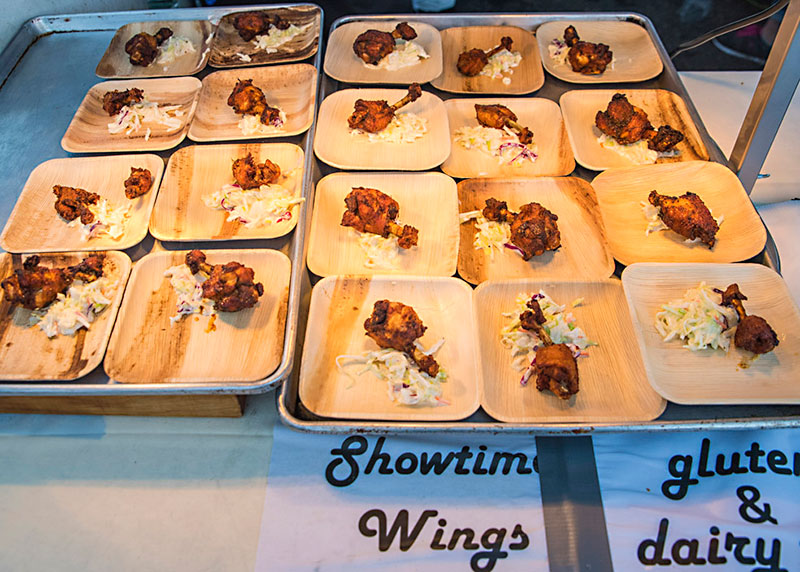 Fest hosts at Escoffier School left it up to students to create their dry-rubbed Showtime Wings: "This was a major event for us – it was the first time that students actually competed where usually we'd just help a chef out with the recipe," said senior student Marquez Staton. "To see all these good restaurants out here and get good feedback from actual customers, it really helps us out." 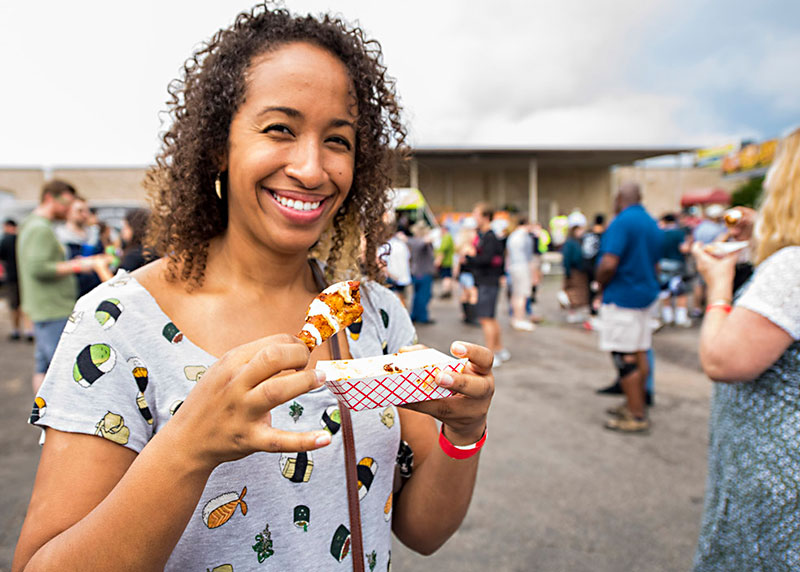 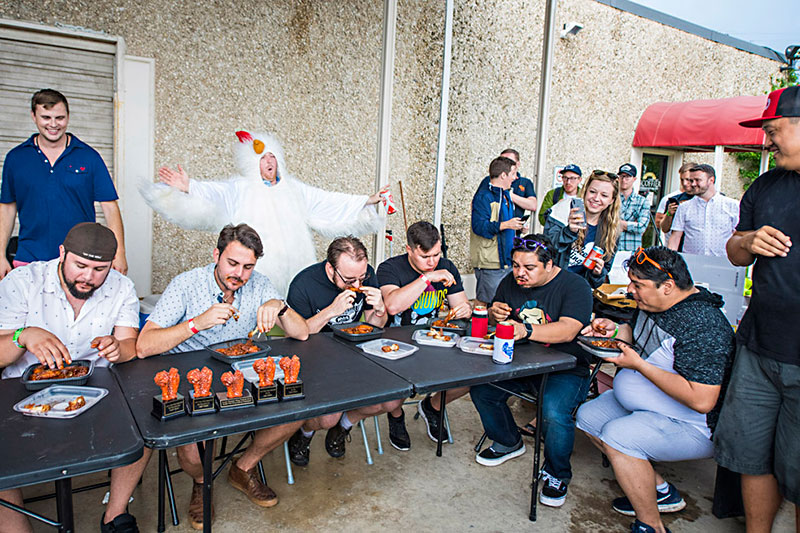 Winner of the hot wing-eating contest and native Austinite Greg Lesson (far left) on what made the fest a success: "It brings people together. You get to drink, have a good time, and try new foods that not a lot of other people get to because [the restaurants] don't always offer them. It's the camaraderie that really makes it." 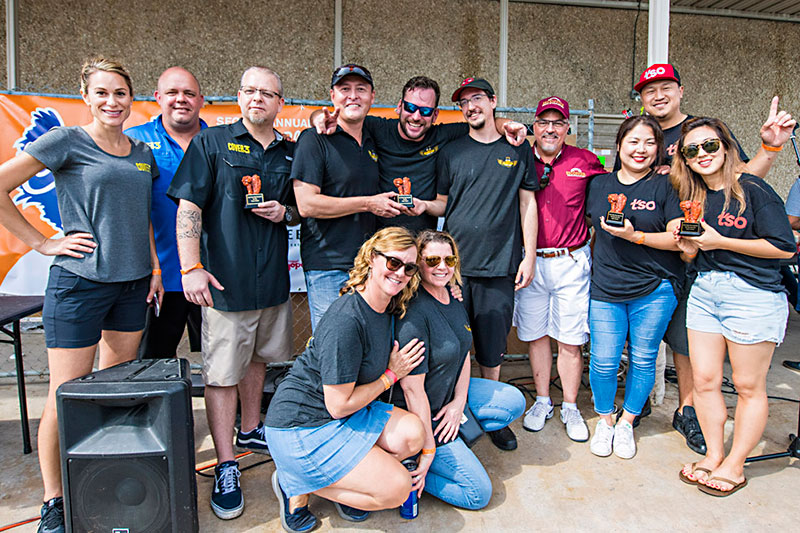 Fest award winners from Cover 3, Wingzup Bar & Grill, and Tso Chinese Delivery show off their trophies. Co-founder and CEO Min Choe of Tso, which won Best Wing-Inspired for their Buffalo chicken Rangoon, praised the fest for promoting a cooperative eatery culture: "We really do have our own little restaurant family in Austin where we look out for each other," he said. "This is an opportunity for restaurants to get together and market and advertise to a bunch of people all at the same venue. If the entire restaurant scene does better, then everyone really flourishes." 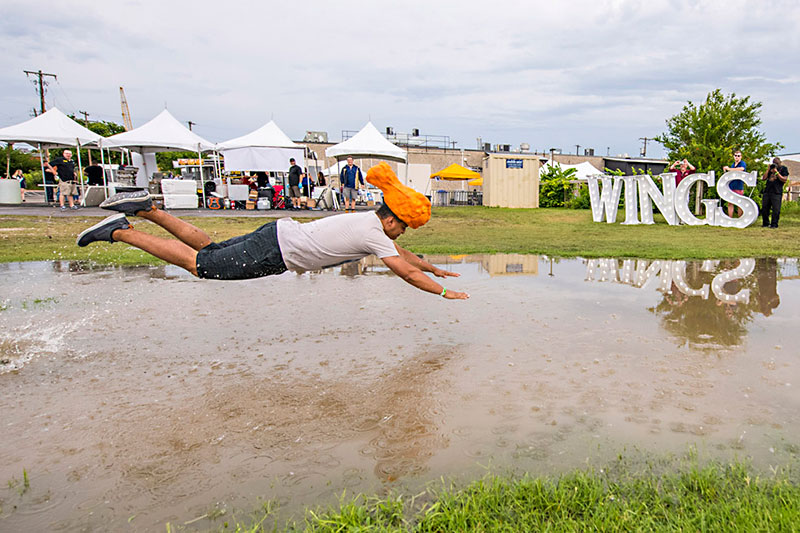 So many wings, so little time: "Wings are easy to eat and so creative with all the different flavors. I would eat chicken wings five days a week if I could," said attendee Nick Lindsay, pictured diving into a rain puddle to cap off the day's festivities. "You do," interjected his wife, Shawn.