Chiles explores the ever-changing nature of light, time, and life through transcendant prints of light’s little dance through flora 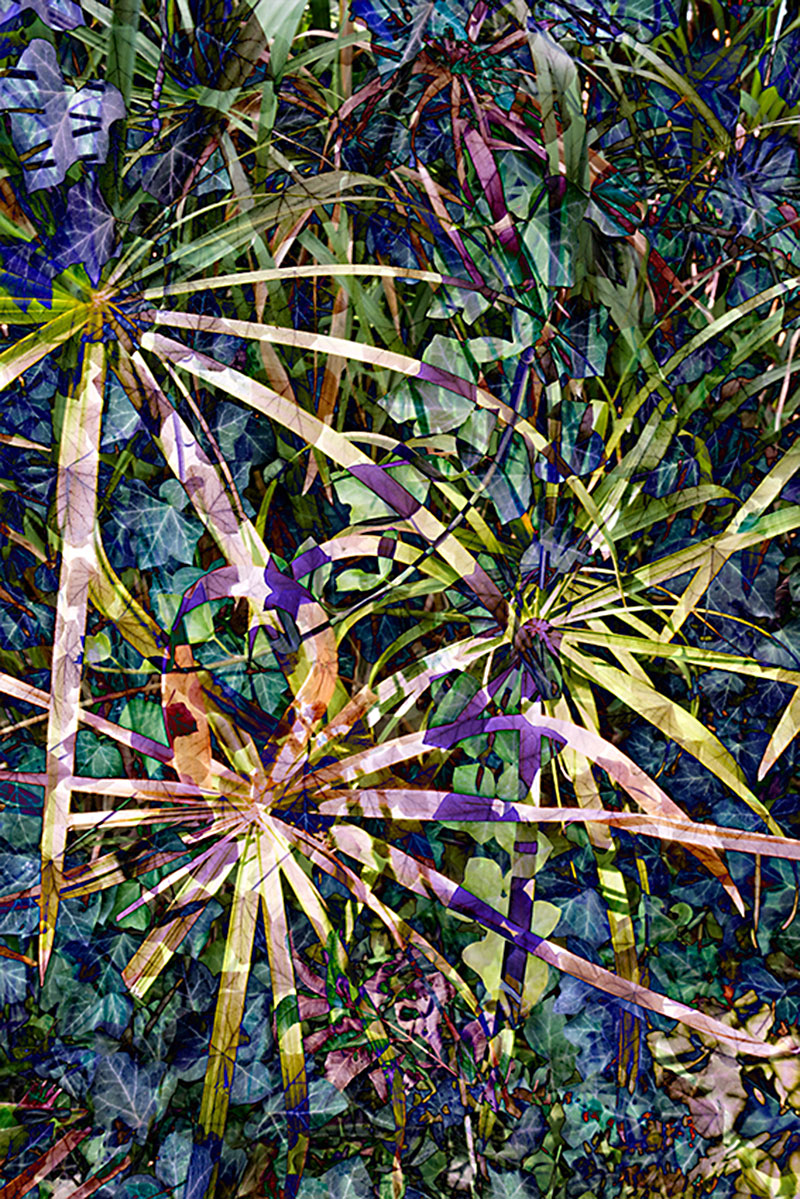 As I was walking out of Elizabeth Chiles' current solo show at grayDUCK Gallery, I pulled out my phone to query: "Japanese word light through tree leaves." The word I was looking for, remembered from lists of "untranslatable words" that would circulate Tumblr, was "komorebi," which despite its frequent categorization as untranslatable conveys a phenomenon almost everyone immediately recognizes: the flickering of sunlight through the filter of tree leaves. It's comforting to know that there are other people recognizing the same little sensations as they move through life, melding them into their vocabulary, be they linguistic or visual. Chiles' work champions the occasion of light's little dance through flora as a way to explore the ephemeral, ever-changing nature of light, time, and life in a tightly focused, yet somehow transcendent, series of archival pigment prints.

In an essay accompanying Chiles' 2011 show "Theatre," curator Toby Kamps was also sent looking beyond the English vocabulary when he wrote, "The German language has a word for the seemingly universal appeal of woods, Waldgefuhl, or 'forest feeling,' which suggests sources of origin and power." The show consisted of a series of photographs looking up through the trees, with little bits of light speckling the darkly foregrounded tree cover.

Seven years later, Chiles is still obsessed with this forest feeling, and her "Weave" feels like a culmination of the themes and techniques she has explored for years now. Here, the glimmers of light and leaf are taken to Technicolor extremes, folding back into themselves and bouncing off of one another.

A series of natural pigment paintings feels out of place and bland in comparison to the other works. Solid, subtle washes of blue, yellow, cream, and slate in pigments made from lavender, thistle, bluebonnets, and other wildflowers are hung in a row in frames significantly smaller than the majority of the other works. The understated works dampen the vibrant exploration taking place all around them where Chiles manages to, finally, capture the fleeting ephemerality of small moments of wonder. Previously, more literal explorations of the subject ruptured the magic of these glinting moments in time. The realistic photograph of a dark blanket of leaves and white specks of light falls flat where her polychrome explorations soar, giving the sensation an appropriate frenetic capriciousness.

Chiles' photo prints use an old color technique in a new form. Can­giantismo, the technique of using a different color for shadow, aims to explore light as an instinct and experience rather than a purely realistic rendering, a pursuit which agrees with "Weave." Chiles' shadows are not black, but a velvety purple against lime in Weave (November 3, 2017). The light splitting through the trees and silhouetting their branches and leaves is, in Weave (January 27, 2018), fluorescent blue, so captivating that I first thought it was literally luminescent against its dark background. In presenting such a coherent, enthralling series, Chiles manages to capture visually an experience not named in the English lexicon, but recognized viscerally by all.