A "side project" isn't the same as a "sidepiece." Just because it's labeled that way doesn't make the music less interesting or viable, especially in Austin where it feels like every creative has several prominent passion projects on top of a primary gig, whether day job or mainstay band.

"I always say, to live in Austin, you have to have five roommates or five jobs, and most of us have both at this point," says Tiffany Harelik, local author/publisher who, alongside Austin-bred photographer Letitia Smith, co-founded kickback-style daytime concert series Side Project Sundays in 2016. Their core mission: to showcase music that exists more on the scene's periphery.

Though some acts booked are legitimately secondary projects, many are just as active and popular around town as other outfits they share musicians with. Prime example: Midcentury – featuring members of Wonderbitch and the Clouds Are Ghosts – who headlined last weekend's edition of SPS, the second of nine consecutive 2018 shows at Kitty Cohen's, their new home after two previous years at Kebabalicious.

"Snapshot" swooped in to document the afternoon fête, talking with organizers and participants throughout to shed light on what it means to play in a "side project" and how the series' premise strengthens ties between local industry players. 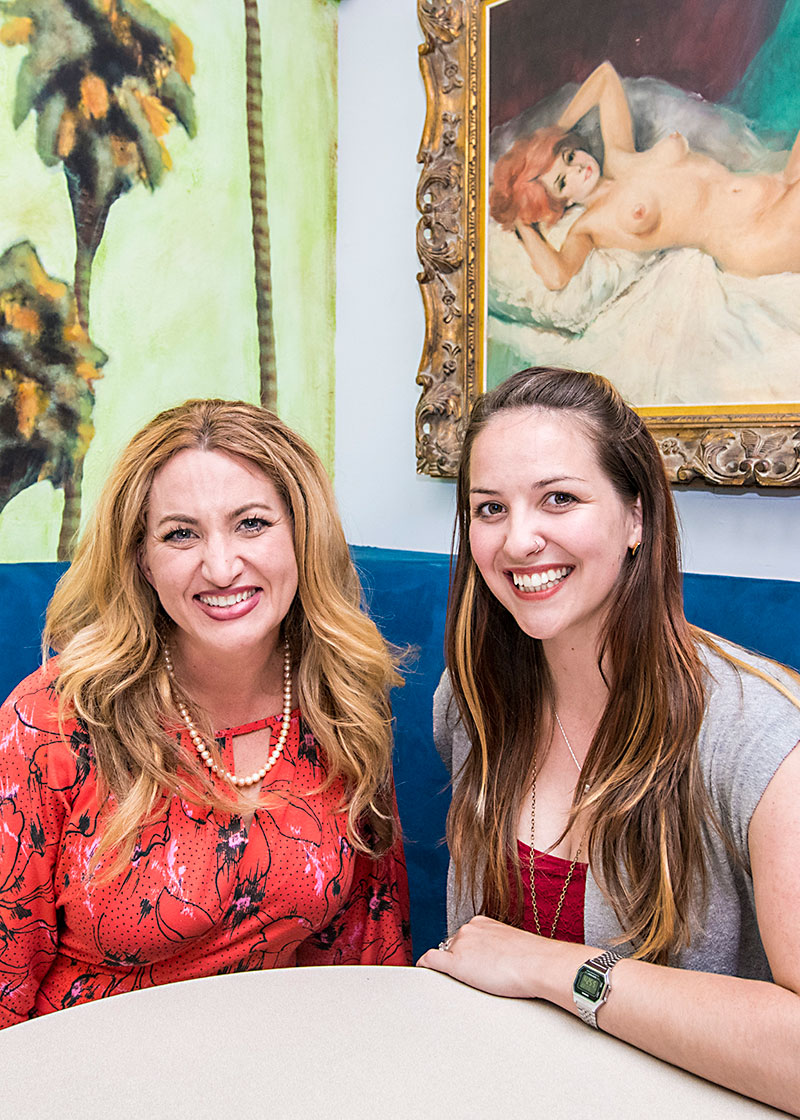 For Side Project Sundays co-founders Tiffany Harelik and Letitia Smith, the goal goes beyond providing entertainment on Sunday Funday. “This is a networking event, it’s a learning event, it’s educational for the industry,” says Smith, who photographs each band for online profile pieces written by Harelik, who adds, “You’ll find in our audience, too, that there are a lot of musicians. There are people here not just to support their friends ... they’re here getting inspired.” 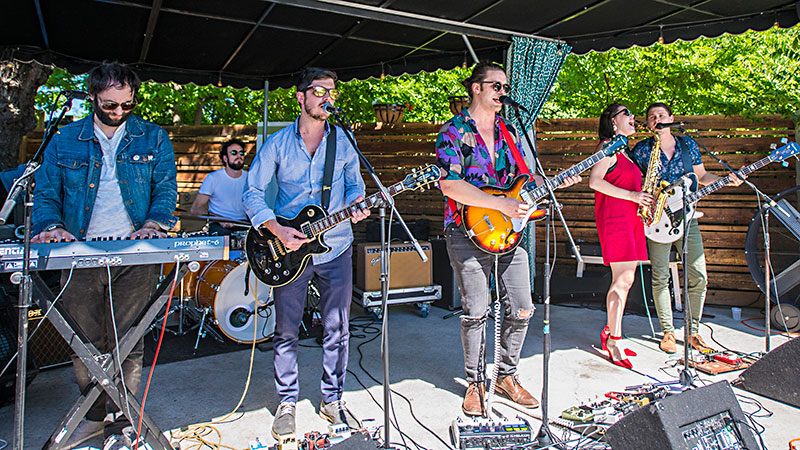 Midcentury – which features Wonderbitch keyboardist Alex Chod (left, also of the Clouds Are Ghosts), drummer Butch Wade, and guitarist Bruce Smith Jr. (third from right) – exemplifies the inner workings of Austin’s side project scene. “I guess we call it a sister project – it’s just a simultaneous project,” explains Chod. “The way we’ve been seeing it lately is that it’s one farm with a pumpkin patch and cornfield – same guys taking care of the two fields with different fruit coming off of each plant.” 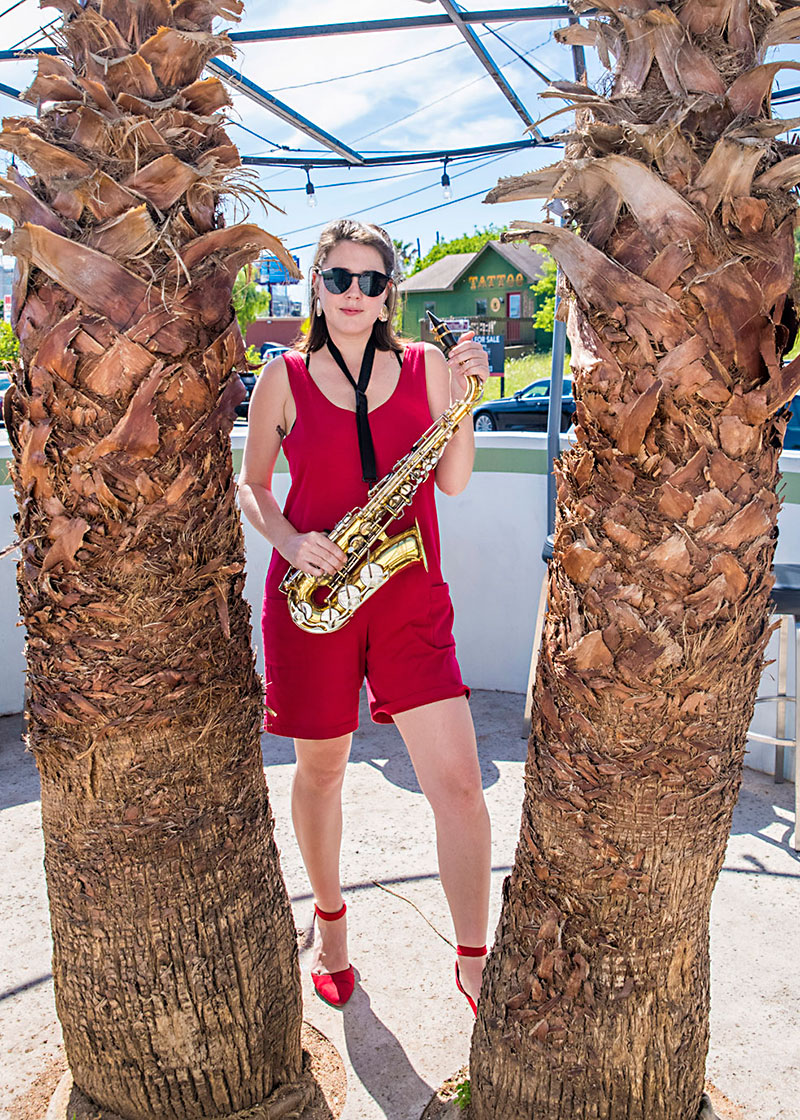 Midcentury saxophonist Leslie Matthews, formerly of Sweet Spirit and A Giant Dog – two member-sharing bands that perfectly illustrate how side projects can transform into dual main projects – prefers the side project life: “It’s all a side project to my day job, and I like it that way,” she says. “I kind of live the Batman lifestyle. You know, nine to five by day, and at night I go save the world by playing saxophone. When a band starts touring all the time, it becomes a business and that’s when it gets serious. But a ‘side project’ can be little bit more casual.” 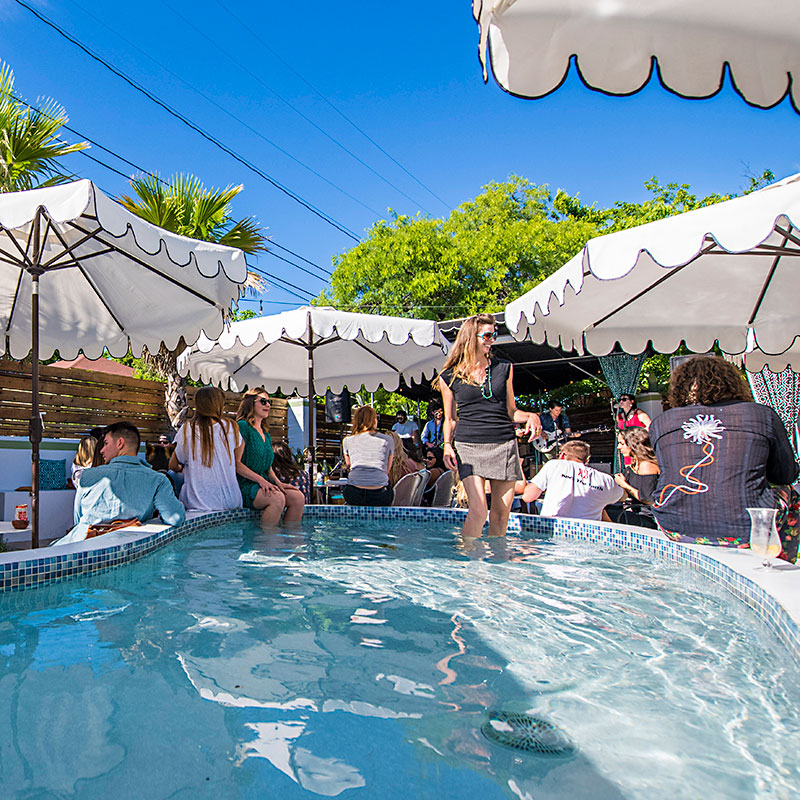 Side Project Sundays’ inherently casual nature, now amplified by the backyard pool party vibes of Kitty Cohen’s, is a huge aspect of its draw: “I’m not really into big, huge shows and I appreciate early things ... because I don’t like going out at 9 o’clock at night,” says East Austin resident Karen Natalizio, who adopted SPS as her standard springtime Sunday plan more than a year ago. “I’ve gotten to know a lot of local bands and artists through going. That’s how I discover local music – I come to stuff like this, like the artists on Facebook or Twitter, and then I can see who else they play with.” 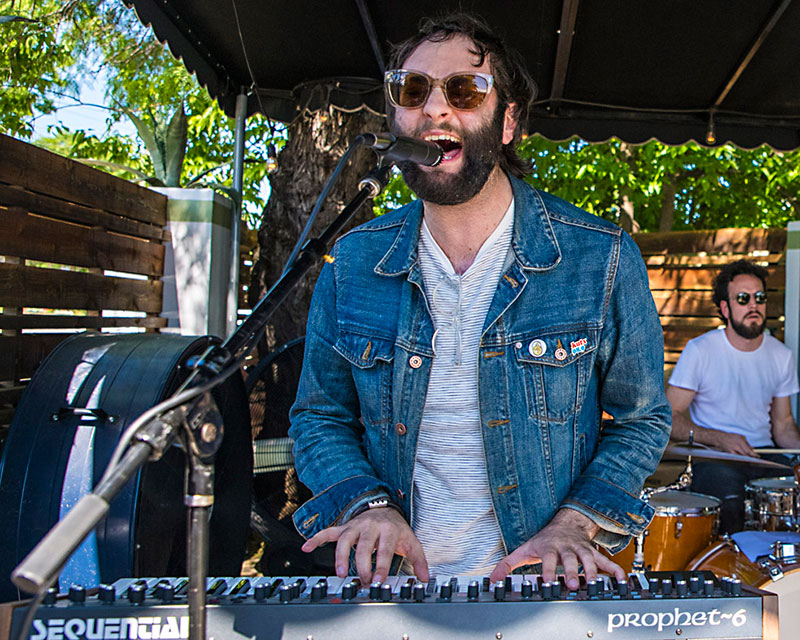 Chod (pictured playing with Midcentury) echoes Natalizio’s sentiment when discussing the impact of community-strengthening events like Side Project Sundays: “It’s just nice to see another shade of talented people in town who are able to sustain multiple projects with everything else they’ve got going on,” he says. And for the performers, “It’s fun, and another chance to hone the craft and stretch out in different roles.”

Side Project Sundays runs every Sunday through June 10 from 3:30-5:30pm at Kitty Cohen’s. Visit www.sideprojectsundays.com for artist lineups and other details. See more at austinchronicle.com/arts/snapshot. Want to pitch an event, happening, idea, or person for “Snapshot”? Email the author/photog: dhall@austinchronicle.com.