In this improvised musical, the women of this acclaimed troupe take it to the Eighties and take over the workplace 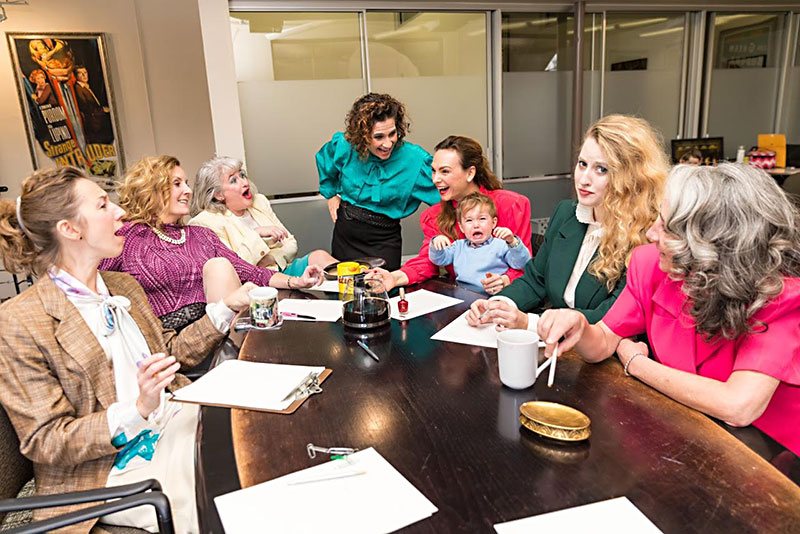 Imagine singing in front of a room full of people. Now imagine that the song you're singing is one you're making up on the spot. Now imagine that the song you're singing on the spot is part of an entire musical – that is also being made up on the spot by you and several other people. Hella scary, right? Well, not for Shana Merlin, Cynthia Oelkers, Amy Averett, Kimberly Cox, Caitlin Sweetlamb, and Sarah Doering. Together, this high-class cast of feminist funnyladies (courtesy of Austin improv troupe Girls Girls Girls) have put together a gem of a show with Broad Ambition, an entirely improvised musical rooted in the Eighties women-at-the-workplace genre à la Nine to Five or Baby Boom.

The show begins like most improv shows – with a little help from the audience. The women ask for a type of business (publishing was selected) and pick a page blindly from a Ms. magazine special issue (composed of all letters about being a gal on the job) and then, with the help of Dave Ronn on guitar and Cortney DeAngelo in the light/sound booth, the members of Girls Girls Girls take it away.

On April 21, this is what they came up with: It's October of 1983, and Ruth Hubbard has it all. Except that she doesn't. The magazine she works for is constantly running and producing ads in its pages that are not quite the beacons for eqality that she (and some other women in the secretarial pool) would like. Their collective grievances grow into the first song of the evening, "Can Anyone Hear Me?"

With the magazine up for an award, Ruth meets with Mr. Warren, her boss, to pitch ideas for the big "Women's Issue". However, Mr. Warren would rather talk than listen. He would also rather spend his time around Annette, his saucy assistant, whom he serenades with "You've Got Me in, Annette," the most romantic song that a man in power has ever sung to his subordinate at work.

Enter Peter, Ruth's husband. Deter­mined to straighten out his wife's work woes, Peter brags on her to the boys at her office – most notably about how she's lost the baby weight. Only during Jazzercise do we get a look at what's in Ruth's heart, as she looks out into the rain and sings "Tom," a musical confession of her unrequited love for the man at the office that's always there to listen to her.

Meanwhile, division is growing in the secretarial pool between the women at the magazine who want to be judged purely by their minds and merit and the women who believe in using everything you've got to get ahead. The situation erupts into the showstopper of the night, "Don't Mess With Us," a song-and-dance fight in the ladies' room that leads to accidental arson. When Mr. Warren busts up the bathroom brawl, Annette scapegoats Ruth, who is fired on the spot.

Peter's ragey rage (a constant problem for Ruth) erupts at the news of his wife losing her job, and he accuses her of wanting to leave him. After telling him to get out, she tries to comfort her crying daughter with "You Don't Need a Man."

Annette is also realizing she doesn't need a man. After she and Dave (a chauvinist employee if ever there was one) are confronted by Tom, she has a change of heart, finds Ruth and the other secretaries, and they hatch a plan to get even with Mr. Warren and Dave – laxative in their post-lunch-and-nap hot toddies. The ploy is cemented with a reprise of "Don't Mess With Us."

Just as Mr. Warren and Dave are about to drink up, Peter shows up in the office, hoping to set things right – and gets a laced hot toddy as well. And then all of the men begin a gastrointestinal adventure of epic proportions. Peter and Mr. Warren make it out alive, but Dave, who was upper-decking from the window ledge, falls to his death on the sidewalk below.

In the midst of all this (literal) shit, Tom and Ruth find each other, but their timing just isn't right. She has unlimited love letters for him, and he's brought her his heart (disguised as coffee) many, many times. But she has a family and must do what's right. Plus, as they are trying to talk it out, everyone keeps interrupting them. Tom decides to leave the country for somewhere a little more forward-thinking, and they part ways.

The final reprise of "Can Anyone Hear Me?" happens as Ruth is called up to speak after the magazine wins its award, and then, curtain. It was a thoroughly entertaining, energizing, and engaging evening that featured some truly smart, funny, and cheeky chicks. Along the way were Ogilvie perm references; Kelly, a high-functioning alcoholic; ironic slow claps; backup singing; incredible bouts of stomach gurgling; and lots and lots of laughter.

Whether you're a fan of improv, Eighties ladies, or equal rights, you will absolutely delight in this show. Whatever songs, dances, plot, and characters Girls Girls Girls dream up in their next performance of Broad Ambition, you can be sure that these women showed up to work.

A version of this article appeared in print on April 27, 2018 with the headline: Werking Girls 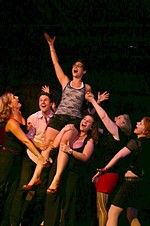 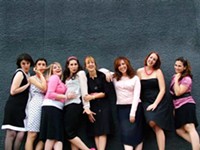 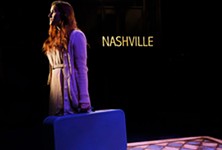