The comedian and actress digs up the good, the bad, and the cheesy of pre-Y2K television in the podcast Raised by TV 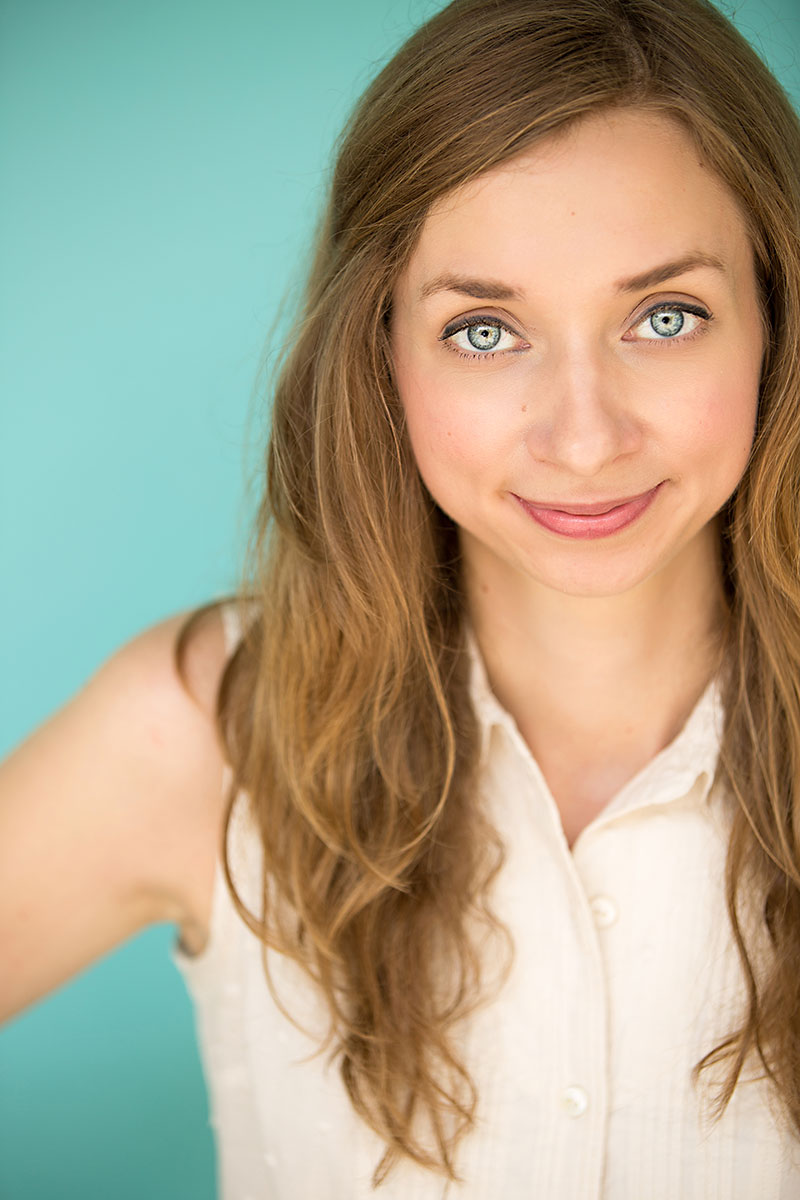 Orange Is the New Black co-star Lauren Lapkus isn't the only Eighties or Nineties kid raised by TV, but she might be the most charming. For proof, just check out her deliriously daffy work on such small-screen series as HBO's Crashing, Netflix's The Characters, and IFC's Comedy Bang! Bang!; such big-screen features as the sex comedy The Unicorn, which premiered at this year's South by Southwest Film Festival; or onstage work with the Upright Citizens Brigade (currently in UCB's beloved flagship show ASSSSCAT and her own troupe Wild Horses). You can even hear her be charming, in her growing list of pop-culture and comedy podcasts: Raised by TV (with Jon Gabrus), With Special Guest Lauren Lapkus, and her newest, Threedom (with Scott Aukerman and Paul F. Tompkins). That last area of Lapkus' busy career is what brings her to this year's Moontower Comedy Festival. On Sat., April 21, she'll be recording an episode of Raised by TV, which she calls "very fun nostalgia," with co-host Gabrus and guest Arden Myrin. "We delve into our childhood memories and talk about Eighties and Nineties TV and movies and commercials and anything we can remember from that time in our lives," Lapkus says. We spoke with her about her pop-culture obsessions and the disappointing reality of that old board game Crossfire.

Austin Chronicle: Do you prefer either improv or scripted work?

Lauren Lapkus: I really enjoy them both for different reasons. Improv is so much fun for me because I get to express myself and do characters that feel completely true to who I am. Scripted work is great for opposite reasons in that I get to portray characters that other people have written. I really enjoy memorizing people's lines and trying to elevate the writing as much as I can and do whatever I can to bring something to what they've created. They're both very collaborative forms. They just do different things for my soul, I suppose.

“One of the things we love about doing this podcast is that we realize our brains have been holding on to some of this completely useless information for so long. At least we’re finally putting it to use.”

AC: Is there a show you loved as a kid that sadly doesn't hold up? What about one you were happy to see did hold up?

LL: Yes. I grew up watching so much Saved by the Bell. The thing is, I never really stopped watching it. I watched it every year my entire life. Only recently have I really realized how cheesy it is in rewatching it, now, as an actual adult. I think in my 20s I was still holding on to the cuteness of watching a show that you liked as a kid. Now, I'm watching it going, "Imagine being one of these actors and having to say these lines." It's just a crazy show. I still have so much love for it, though. I honestly could watch it at any point. I don't even care that it's not great. A show that really held up that I love and try to get everyone to watch is My So-Called Life. I just think it's one of the best shows from my childhood. It's just a perfect version of what it's like to be a high school girl and trying to figure things out. I just think they nailed that so well.

AC: Do you have a favorite commercial from the Eighties or Nineties?

LL: One of my favorite commercials that we revisited on the podcast is the Crossfire commercial. It's this game that kids used to play, I guess. I never got to have one. But Gabrus, his family did buy him and his brothers a Crossfire. In the commercial, it looks like this amazing laser-shooting game where you shoot your friend with a laser, and they get hit or whatever. He said it was really just cardboard and little metal pellets that rolled around. It was not cool at all. I really enjoyed watching that commercial as an adult and being like, none of that is what actually happens when you get that toy. It's pretty sad.

AC: I can actually hear the song in my head right now.

LL: I know. That's what is so sad. One of the things we love about doing this podcast is that we realize our brains have been holding on to some of this completely useless information for so long. At least we're finally putting it to use.

AC: With your character, "the very famous" Whitney Peeps, you parody dating shows, and at Moontower you'll be a guest on the podcast Will You Accept This Rose? Are you a guilty fan of reality dating shows?

LL: Oh, yes – not even guilty. I just think it's the most fun thing to watch. I've watched all of The Bachelor and The Bachelorette seasons, and I sometimes tune into the spin-offs – The Winter Games and all the things they do. My friend Arden Myrin, who runs that podcast, is the expert, and we just have so much fun talking about it. I've been on her show a few times, and I'm really excited to do that at Moontower.

Lauren Lapkus will record an episode of Raised by TV live on Fri., April 21, 4pm, at the Showtime Stage at 800 Congress. She’ll be a guest on the live recording of Will You Accept This Rose? Fri., April 21, 6pm, at the Velocity CU Stage at Speakeasy, 412 Congress. For more information, visit www.moontowercomedyfestival.com.

A version of this article appeared in print on April 20, 2018 with the headline: Tube Raider