For his new dance, choreographer Stephen Mills turned to moments of inspiration in his own life 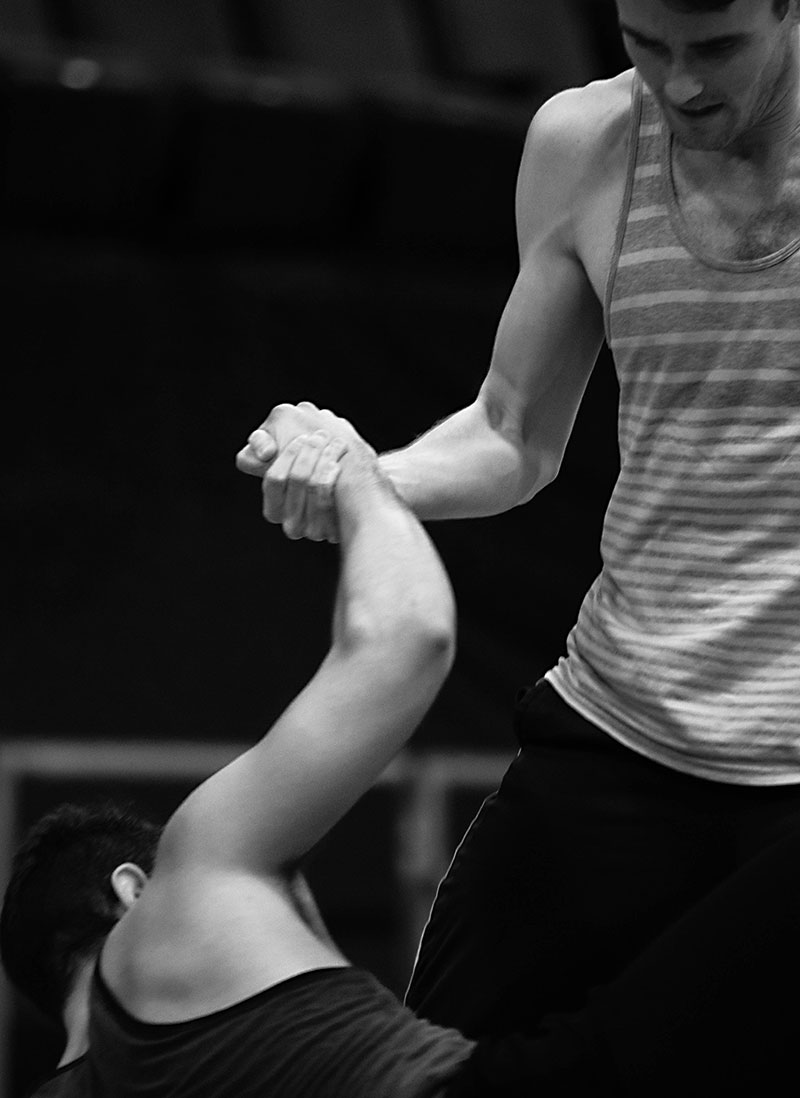 An older woman facing the end of life. Three young men facing AIDS in the days before it even had a name. Thousands of women and men of all ages facing their abusers and saying, "No more." Three points of human experience with no connection except their place in Stephen Mills' life. The older woman was the Ballet Austin artistic director's late mother. The men were friends with whom he danced at Harkness Ballet in the Eighties. The people speaking out against abuse are the #MeToo movement. They are part of his life and points of inspiration for his full-length work Exit Wounds, premiering this week at the Long Center. For the choreographer sees in all three potent examples of courage, and he wanted to make that the foundation for this dance. The result is perhaps the most timely and surely the most personal dance that Mills has made in some time. He sat down with the Chronicle to share more about it.

Austin Chronicle: Tell me what place courage has had in your life. Is it a quality you associate with a particular person or story?

“Often we think about courage as these grand gestures ... but courage in all sorts of increments is important, and examples of courage are happening around us all the time.”

Stephen Mills: Courage is a quality that we should respect in everyone. Often we think about courage as these grand gestures – the courage of Churchill, you know? But courage in all sorts of increments is important, and examples of courage are happening around us all the time. I think one of the most inspirational symbols of courage happened at the March for Our Lives to stop gun violence. Those young people are showing us the way, and that takes a lot of courage in the face of a political machine that is dismissive – "You're young, what do you know? You don't understand this issue." They understand it completely. It is a life-and-death issue because they suffered the trauma of witnessing murder in their schools, and it feels to them – and it is – true that the leadership only cares about the financial remuneration from the NRA.

AC: How did courage come to be the inspiration for Exit Wounds?

SM: It came as a result of my knowing more about Dr. Beverly Dale, who was the funder of this project, and this confluence of understanding her background in science and medicine, her political activism, and what was happening in the country over the past 18 months. There are times when gifts have come our way where the funder said, "Do whatever you want." You know, when a gift like that comes about, you don't want to squander it. You want to make the most of it. What I wanted at that moment was this kind of project, one that is not situated in fairy tales, one that is situated in reality, that is situated in social justice, that is trying to use art, like we did with Light/The Holocaust & Humanity Project, as a convener of conversation, and helping everyone, including the artists, appreciate the fact that art has more power than we can conceive.

I was inspired by the courage that Beverly has exhibited throughout her life and the lack of courage that I see in some pockets around our country. Leadership is about courage, and when there's a lack of leadership, there's a lack of courage. That's unfortunately where we find ourselves. If women and children have to convene the conversations about gun violence and sexual assault, there's a problem. There's a problem.

AC: You've talked about the dances in Exit Wounds being rooted in specific moments in your life. How did those instances bubble to the surface for this work?

SM: Are your parents still living?

AC: My mother is. My father passed several years ago.

SM: When my parents passed, particularly when my mother passed, I felt untethered. You're like, "Oh my God, clearly, I'm next. I'm the oldest. I'm next. So how much time do I have, and what am I doing, and what have I done?" – all those sorts of things. My sisters were caretakers for my mother, and you can't help but think about mortality – your own mortality – as you're living through that experience. She had spent the whole year leading up to her passing with regrets and fear. And you can't say, "Well yeah, you shouldn't have done that, but you did." And you can't say it's gonna be all right, because you know where it's ultimately going. You know, you can only take them up to the door, you can't go through it, and what kind of courage does it take to face that? So when my mother passed, I started to think about courage just from my mother, and the way these projects come about is [you have] a lot of disparate ideas, and things just start to come together around this theme. I have a quote from Churchill – "Fear is a reaction, but courage is a decision" – that is in my mind all the time. And something would happen in the political arena, and I'd be really pissed off about it. You know when the refugee crisis was happening and boats were ending up in Greece and the immigrant ban and that whole bullshit? I kept thinking that people are so shortsighted. "Why don't they just stay in their country?" Well, who gathers their meager belongings and their infant babies and gets on a raft to go across the Mediterranean unless it's an absolutely desperate situation? What kind of ignoramus doesn't understand that? So I'm thinking about the courage of those refugees. Then the Harvey Weinstein thing with the #MeToo movement and women coming forward was so inspirational, like, "We're done. We're not doing this anymore. We're not covering for you men. We are done." So it was one thing after another in which I was witnessing a lot of courage, and it made me – there are times in your life when you're just living your life, then there are periods when you're so proud of people and you know human capacity is bigger than we imagine in all sorts of spheres.

A version of this article appeared in print on April 6, 2018 with the headline: How Courage Moves