This show feels like a glimpse into the artist's camera roll, a peek into the digital chronicling of a life and all that is consumed throughout it 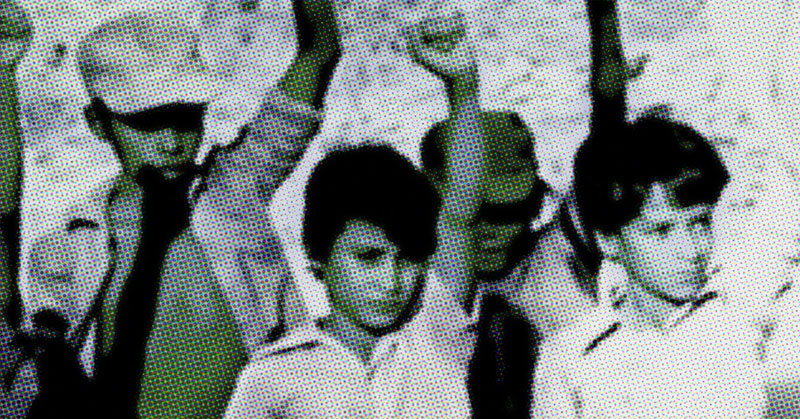 Open your camera roll. Flick your thumb a few times. What's there? There are probably photos of people, yourself and your loved ones, pictures taken to chronicle the facts of your life and those that fill it; more than a few screenshots, perhaps noteworthy bits of an article or interesting juxtapositions spotted on some timeline or feed; and some saved pop culture bites, photos of your favorite celebrities or funny memes. Most recently, in my own roll, are photos from Vladimir Mejia's show at Pump Project, "Mi Feito Don't let this time be in vain," a show that itself feels like a glimpse into the artist's camera roll, a peek into the digital chronicling of a life and all that is consumed throughout it.

Mejia is skilled at using the internet and virtual spaces as art venues. His Instagram feed is a thesis on the pervasion of images and information in the modern world. Every week, in an ongoing practice he calls "Wallpaper Wednesday," he offers an iPhone screen-sized image, available to be saved and set to wallpaper on your phone. He curates digital residencies on Instagram for Co-Lab Projects. These presences and projects feel of a piece with what Mejia explores in them: the chaos of a modern experience wherein every connection, from the affectionate and familial to the authoritative and civic, is tempered and chronicled by technology.

How does this translate into a gallery space? Well, there are screens, six of them, arranged along wooden shelves in a series called States of Rest. Described as "digital compositions," the monitors all show images of physical interactions, intimate and at times tense, depictions of struggles real and perceived. The first is Kim Davis, hands triumphantly raised alongside her attorney and Mike Huckabee. The county clerk, then newly released from detention following her refusal to issue marriage licenses to same-sex couples, is rendered heavily pixelated and unrecognizable. Next in line are images that appear to be from Ferguson protests, of seriously armed police occupying a street, also heavily pixelated to avoid clear identification.

Three metallic prints at the entrance capture bleary figures, processed through some kind of distorting filter. There is an implied tenderness behind this filter, in one print's muddled arrangement of what may be a family huddling together at what may be a beach, but it's offered as an indistinction, at a remove.

At Pump Project, Mejia's images are brought into a physical space, but doing so does little to render any certainty to their narrative. Across the back wall is a series of small prints, some of which are wallpapers from his weekly wallpaper project. There is no cohesion, no legible story, but this frustration would appear to be the point. Here is, is that John Lennon and Yoko Ono, next to, are those Grand Theft Auto soldiers? Mejia's images are warped, pixelated, or corroded out of clear recognition, but pulled from his life and his obsessions. His singular outlook provides the focal point for the show's fuzzy images and broaching of broad, nebulous topics.

“Robert Collier Beam: Scry” at Pump Project
The artist uses photographs and other media to catch the invisible and intangible but in a remarkably peaceful way