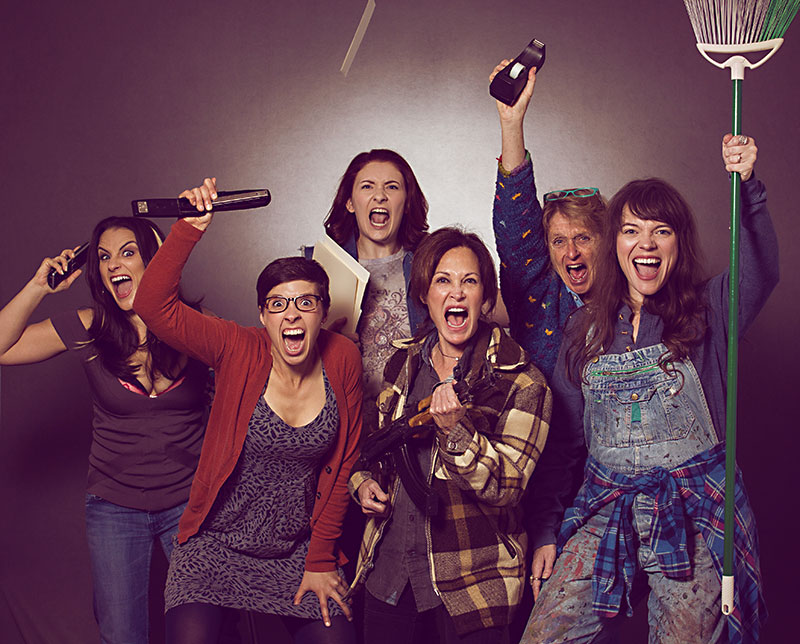 Shirley, the lovable and dotty secretary at the high school, has done did it again. She took her gun out of her desk to calm down a student who had also shown up with a gun, and her gun just ... went off, killing the student and saving the school. To fully honor her, Ruby, the arms manufacturer du jour in a small Southern town, creates and names a special gun for Shirley – dubbing it "The Secretary."

However, Ruby has had a lot of problems with her help in the office lately, and the list is only getting longer. In addition to a new gun rollout and an intercom perpetually on the fritz, she's on the search for a good secretary herself, and it's not going well. Janelle, her assistant, is full of emotions, and her dang sister April is a hard pass for the new position – mostly on account of her moral opposition to firearms. Lorie, a hard-edged hardass, takes the job, only she starts carrying a gun with her at all times. A big gun. On a strap. Around her neck.

But Ruby understands the need for guns. She sells protection to all those in need of it and has tirelessly created the perfect pieces for all of life's little uh-ohs, so from housewife to the toilet-bound, folks can always feel safe. Except folks like Brandy, whose son was the student Shirley shot – not only does she keep yapping about safety, that woman just can't let stuff go. Folks like her and April keep showing up and offering lectures and staging pesky die-ins. Which is not good for business.

But the guns don't give up, and before long, they're wreaking havoc in the town. They just can't stop going off! As more and more accidents occur, these fine folks come to a right rational decision: It's the guns! Not the people! And by the end of this extremely engaging, lightning-quick and whip-smart comedy-turned-drama written by Kyle John Schmidt and directed by Jenny Lavery for Theatre en Bloc, it is the guns that rule the day.

With its incredibly strong all-female cast (Babs George, Regan Goins, Susan Myburgh, Amber Quick, Elise Ogden, and Liz Beckham), hilarious exchanges, and down-home humor, The Secretary feels like Tuna, Texas, turned target practice. Schmidt's storytelling ability is clear – the entirety of The Secretary (which runs two hours with one 15-minute intermission) takes place in Ruby's office, which, thanks to set designer Cheraya Esters, comes complete with a hidden gun safe. Kate Glasheen's dialect coaching ensures everyone sounds like they're from the same part of the rural South, and the production is rounded out by Jenny Hanna-Chambers, who should be cited for some kind of visual comedy award for pairing crutches with a tramp stamp.

Lastly, a trigger warning: While the guns used in the play are not real, they do look incredibly realistic, and the actors do point them at each other a lot. But it is not without cause, and The Secretary is worth seeing specifically because it is so funny, and in our darkest times, in the heat of the worst debates, sometimes laughter is necessary. And y'all, this mess is funnier than a raccoon trying to wash a soda cracker.

A version of this article appeared in print on March 30, 2018 with the headline: Targeted Satire