Between all the films, panels, talks, music showcases, and various other activations saturating the SXSW landscape, making time to tour a series of large-scale and tech-driven art installations may not seem like an obvious priority.

But what if these immersive pieces were just what you needed to catch a break in the nonstop point-A-to-point-B grind during the 10-day conference? And furthermore, what if those creative concepts achieved such respite by asking participants to think about or use tech that influences our everyday flow (like cell phones and other screen devices that connect us digitally to facilitate our efficiently jam-packed schedules, but ironically isolate us further from interpersonal interactions) in ways that the art actually increases the rate of real-life human interactions amid SXSW's mindbogglingly immense milieu?

"Snapshot" spent the first weekend of SXSW 2018 pursuing those questions through documenting those experiencing the five installations commissioned for this year's official Art Program, the second grant-based series of its kind following the 2017 launch.

Four of the five installations participating in this year's SXSW Art Program run through March 15; Conductors and Resistance continues through March 17. 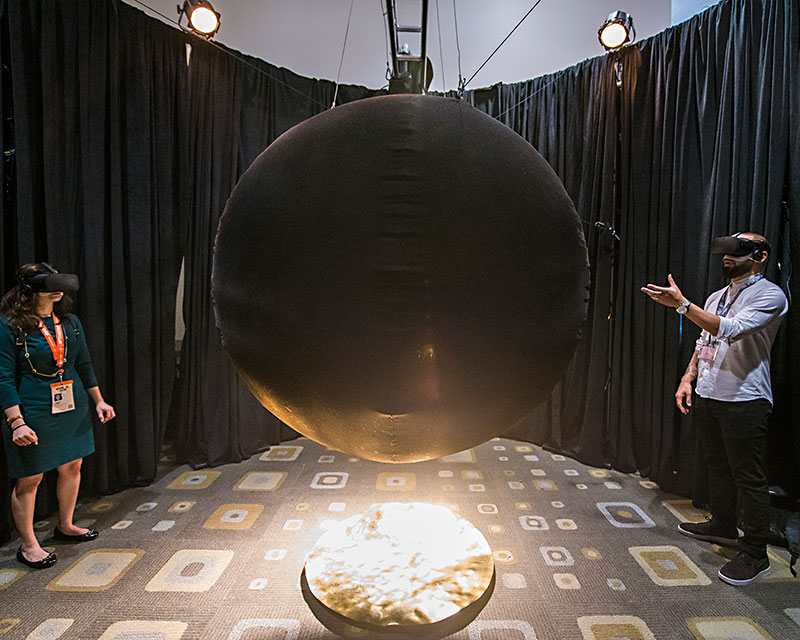 A Colossal Wave!, by Marshmallow Laser Feast, a three-part VR experience that reacts to human sound and movement (Austin Convention Center, third floor Palazzo): "It's amazing because it goes beyond VR so far, which is only surface level physical immersion," observes Texas State University virtual reality professor Jon Zmikly, 33. "But because you can affect the environment through sound ... and you're actually face to face with someone else, there's one less barrier to feeling real human interaction." 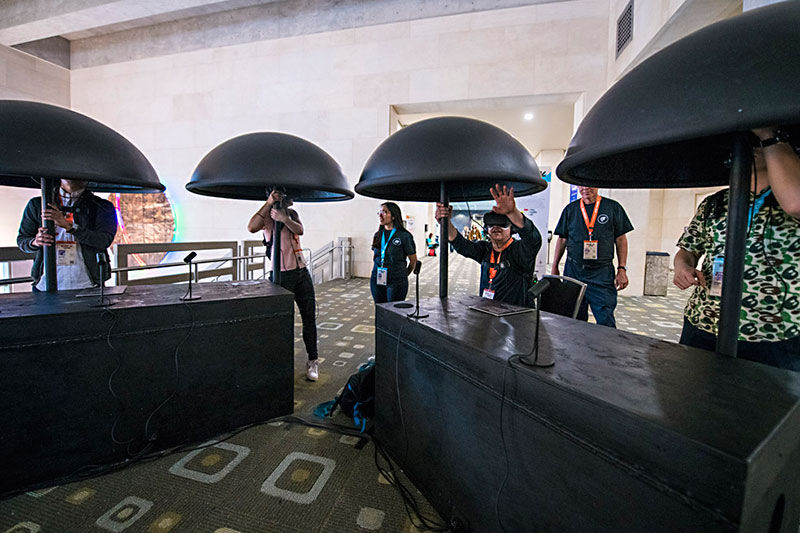 Adds Zmikly's student Joshua Mends, 22: "The fact that somebody over [by the orb] can make noise and affect what people are seeing here makes me think of communication," which refers to the way the installation's parts affect each other in real time. "It would be interesting to see what that 360 VR experience could do when talking to a loved one across a distance, like my family in Houston – 'Hi, Mom. Oh, there's a cat!'" Conductors and Resistance by Ronen Sharabani, which transforms participants' phones into a tool affecting projections mixed with sound (Austin Convention Center, Meeting Room 3): "I didn't know what to do, so I was trying to make different movements with [my phone] to see what happens," says Leticia Itzel of Toluca, Mexico. "Usually with phones, you walk with your head to the floor and you're reading, moving your thumbs to type, but here's it's like, forget about the numbers, the texts, the screen ... so I think this helps us really connect, because if you don't know how it works, you ask someone else, 'How should I do it?'" Feast by Caitlin Pickall, an exploration of crosscultural interaction through 3-D-mapped projections and world music at a communal dining table (JW Marriott, Room 305): "There are some sculptures that are so big you have to go inside of them to understand what they're like – this work is like that," muses Charlotte Levitt, an employee at the Brooklyn Academy of Music. "And there's something really nice about when you're in an environment like [SXSW] where there's a lot of different stimulus. For me, art is a little bit like a reset button, an opportunity to be intuitive and be in the moment. It's a little bit like walking into a chapel in the middle of it." 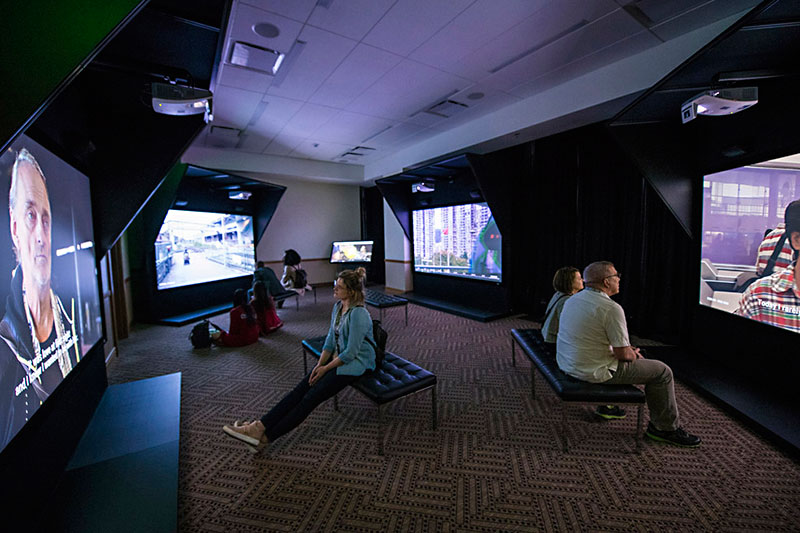 Life Underground by Hervé Cohen, a series of videos featuring the internal monologues of individuals traveling by train in various countries (JW Marriott, Room 306): "I get kind of introspective during traffic, so it was really appealing to me because ... they are trying to take you to this place where you could do that too," says Angela Agurto of Lima, Peru. "For example, you're always on your phone, you're always on a screen and these are big screens for holding your attention, too. So it tries to take you to a place where you may have those thoughts, and perhaps it's time you shared them, too, but with yourself. Today I had a plan, and I didn't stick to it, so I just walked in and said I really want to focus in this moment, right now." "I like the art installations that are immersive, where you have to come in and settle in before you kind of get it," says local designer Molly Barksdale. "The darkness lends to a sense of required quiet – the idea of allowing all the people in the room to experience it on their own without disrupting them. The [SXSW] conference itself is really trying to reach out to creatives and be an environment where people can kind of grow ... because it's not about what we already do, what we already know. So adding that layer of art makes it about creativity and busting out of your norm."

Want to pitch an event, happening, idea, or person for "Snapshot"? Email the author/photog: dhall@austinchronicle.com.