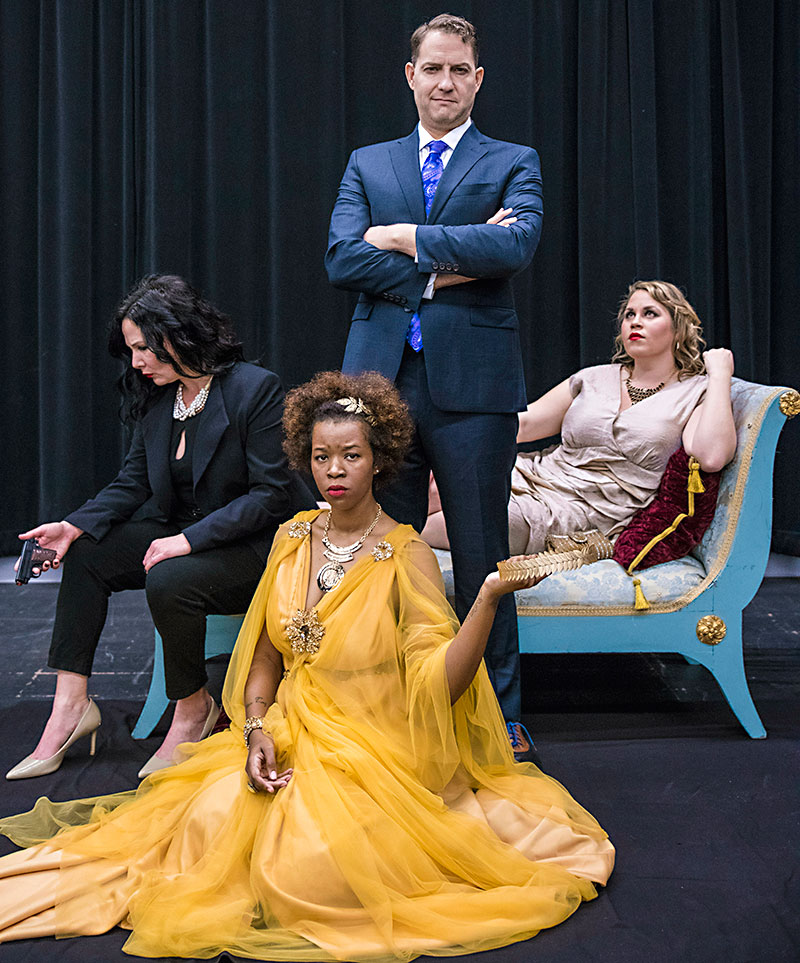 "The quality of mercy is not strain'd," argues Portia in The Merchant of Venice. "It is twice blest; It blesseth him that gives and him that takes: 'Tis mightiest in the mightiest: it becomes/ The throned monarch better than his crown."

Alas, Shakespeare's cross-dressing legal eagle might not have made those claims had she been 330 miles to the south during the reign of Emperor Titus, or Tito as he's named in Wolfgang Amadeus Mozart's late opera. As the title La Clemenza di Tito notes, Rome's ruler has an opportunity to grant clemency to someone, but the case cuts close to home: The wrongdoer is a trusted friend, Sesto, and his crime is trying to assassinate Tito. So the case involves an intimate not just betraying Tito but attempting to murder him, in the process committing treason against the Roman Empire. Would a pardon of that sit well with the senate that tried Sesto and sentenced him to death? Would Romans keen to punish traitors see letting one off scot-free an act that becomes Tito "better than his crown"?

The character of Berenice didn't think so in La Clemenza di Tito: A Retelling, the adaptation that Local Opera Local Artists premiered last weekend. Like a kind of anti-Portia, this lover of Tito's argued against mercy, stressing the danger to him and the empire that would result from leaving a deadly enemy alive and unpunished. Her suit was persuasive, given the forceful words that Austin writer Rebecca Whitehurst armed her with and the passion with which they were delivered by actor Taji Senior, but it went unheard by Tito. Indeed, he couldn't hear it. As conceived by the other half of this show's Team Rebecca, Artistic Producer Rebecca Herman, this staging had Berenice – who is mentioned but doesn't appear in the original opera – reviewing past events of Tito's life, commenting on scenes for which she wasn't present and saying what she wished she'd been able to say then. Like Scrooge revisiting his younger days, she was aware of how choices made long ago would play out yet had no power to interfere and alter them. But if Tito couldn't hear Berenice, we could, and her case against clemency hit us, deepening our sense of the consequences attending Tito's choice, adding potential for tragedy: Mercy might bring the emperor closer to death than the assassination plot.

That element of risk gave Tito's ultimate decision to pardon Sesto a heroic quality. His declaration that he had to be true to himself seemed to be followed with "no matter what happens to me," the confidence in Matthew Edwardsen's voice and bearing as he sang Tito's aria "Se all'impero, amici Dei" complemented by a gleam of fearlessness in his eye. The emperor who'd seemed so ill-suited to the position, calling his duties "torment," had embraced his power and used it for good.

It was an act of virtue you felt deserved to be rewarded, and in the original opera, it is: Tito's show of mercy to Sesto and his lover Vitellia – the murder plot's true author, who had seduced Sesto into taking Tito's life – is hailed by the Romans in a celebratory chorus. LOLA's version ended with that praise, but Herman provided counterpoint to it with new staging. The pardoned Sesto – Liz Cass, who richly conveyed the noble Roman's inner conflict between serving her friend and her lover – stepped aside as Tito took Vitellia as his empress, and while that was what she wanted and she'd expressed remorse for seeking Tito's death, Vitellia went ahead and poisoned Tito's champagne, killing him. Given the way Carolyn Hoehle had played up Vitellia's spiteful, impulsive, and wildly self-centered side – even as she regrets her murder plot, she wonders what people will say about her – that act wasn't surprising; like the scorpion who stings the frog giving it a ride across the river, it was just Vitellia's nature. In adding it to the opera's ending, though, Herman seemed to say that mercy isn't always beneficial – or perhaps that no good deed goes unpunished. It made sense for Berenice's story, bringing her tragic loss full circle, and it struck a contemporary chord in keeping with the latter-day look of Benjamin Taylor Ridgway's elegant costumes: When we see acts of forgiveness today, we reflexively expect them to come with heavy costs. Still, listening to Mozart's score, kept light and lively by conductor/arranger Peter Stopschinski and a fine fourpiece chamber ensemble, I heard hope and felt a yearning for it.