In their magazine, Kelly Dugan and Laura McNairy deliver all of the skin and none of the grossness 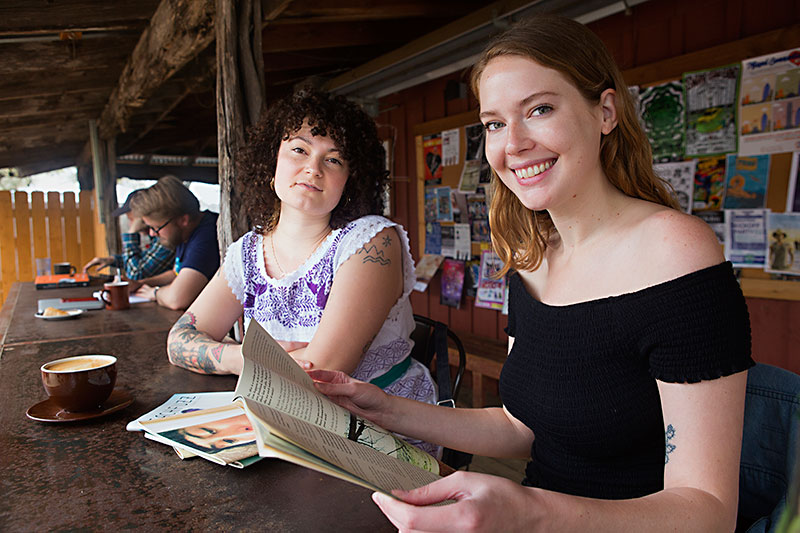 Peach Fuzz co-creators Kelly Dugan and Laura McNairy tend to interrupt each other. It's unmistakably the result of an intimate friendship, most often an instance of them finishing each other's sentences, though it may also mean hashing out the details of their origin story like an old couple trying to recall the first time they met. In one instance, it means Dugan, editor-in-chief, abruptly redirecting our attention to the watercolor sunset outside the Eastside coffee shop where we're chatting. "Look at these cotton candy skies; they're insane! I keep getting distracted."

In terms of a Peach Fuzz origin story, what they arrive at is: Both from Austin, they met each other through mutual friends at University of Colorado Boulder. Then, in the summer of 2013, Dugan was exploring a curtained "adult" section of a closing bookstore when the idea hit her: "a nudie mag but with modern and progressive ideals and without all the misogyny and, like, grossness." She found a partner in McNairy, assistant editor, whose enthusiastic response to Dugan's idea stood out among others' hesitancy. That was in June. They put out their first issue in October the same year. 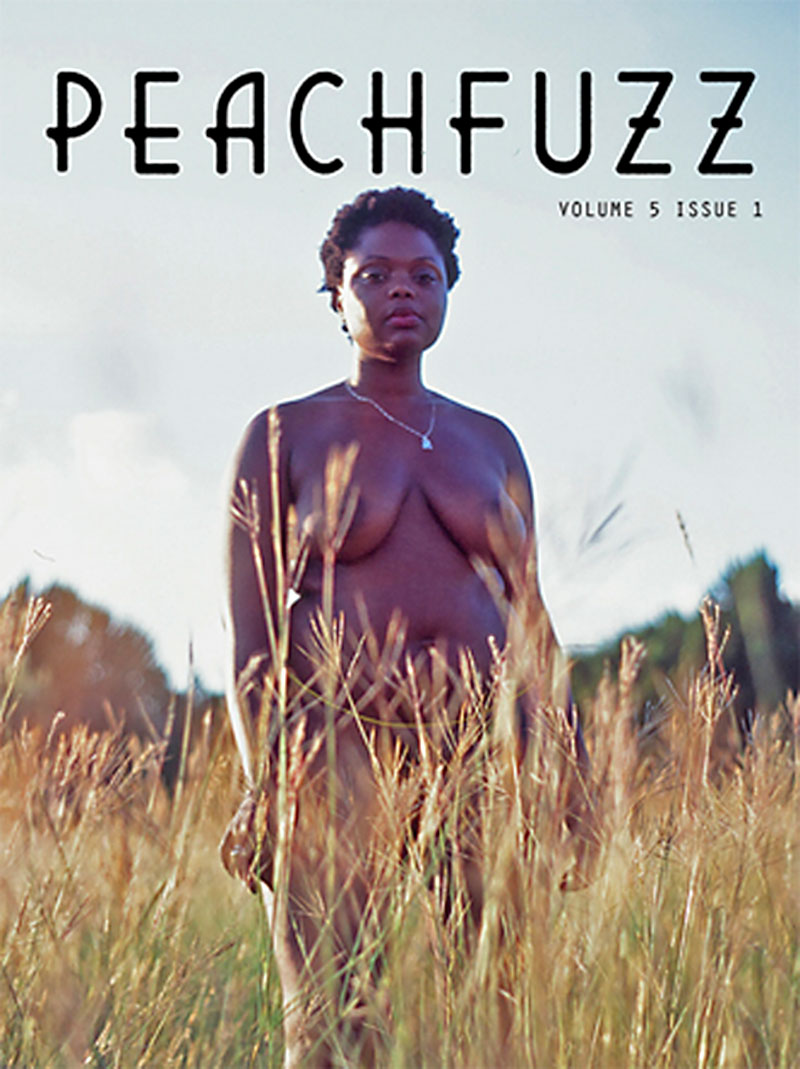 Since their first issue, they have steadily published quarterly, learning a lot on the way. The magazine has maintained its original vintage, sun-soaked aesthetic, largely the result of an insistence on shooting with film and a shared instinctual taste. The photographs comprise the bulk of an issue, though there are other forms of voyeurism on offer: erotic poems, vivid essays, and intimate interviews. Oh, and a recipe. Every issue has one, an intersection of passions for Dugan, who also works as a pastry chef at Justine's Brasserie. Food appears with some regularity in the magazine. There's the name on the cover, first of all, but also the shoots inside of volunteer models, frequently accessorized with fruits or sweets and not much else.

Dugan says food and sex are important and sometimes overlapping aspects of her relationship with her body. "I had this eating disorder when I was younger, and it was pretty bad, and one of the things that helped me get out of it – rehab and all that stuff – was learning to cook. I think that cooking in general is this really amazing thing you can do for yourself and for people, which I think goes hand in hand with self-love and body acceptance," she explains. "And also, I find food very sexual." McNairy agrees, "Feeding people, taste, textural elements ... just, that's sexy."

Food comes up again when they describe a recent shoot. "We just hung out and had key lime pie and got naked. It was awesome," Dugan remembers. "For us, it's like every other day, it's just a workday, but for other people who are involved in the shoot," McNairy begins. "Especially if you're not a model," Dugan interjects.

Dugan and McNairy’s handling of sex and sexuality is playful, prioritizing fun and pleasure. “Like, be the sexiest you can be in your own skin and that’s what we want to put in a magazine.”

"Exactly, we're not looking for models, we're looking for real people that just want to be naked and have fun."

"Yeah! Like, be the sexiest you can be in your own skin and that's what we want to put in a magazine."

Peach Fuzz's originating vision as a nudie mag stripped of misogyny means it wields its playfulness to an end in a fraught sexual culture. "I feel like not teaching youth about pleasure is really detrimental to this conversation society is having right now about consent. That Aziz Ansari piece that came out," Dugan says, referring to the comedian's alleged conduct in a recent contentious article on Babe.net, "it's so interesting a lot of people were like, 'Yes, this is sexual assault,' or 'No, this isn't,' but I think everyone can agree that what he didn't care about was this woman's pleasure. He did not worry about her pleasure and what a problem that is for consent, for women's confidence in their body, for men having healthy sexual relationships, for people of any gender feeling comfortable with what their genitalia are and what their body is doing. Teaching pleasure is so overlooked and so important."

The latest issue of Peach Fuzz, Vol. 5, Issue 1, is available at www.peachfuzzmag.com. 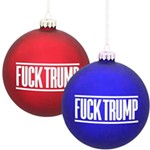