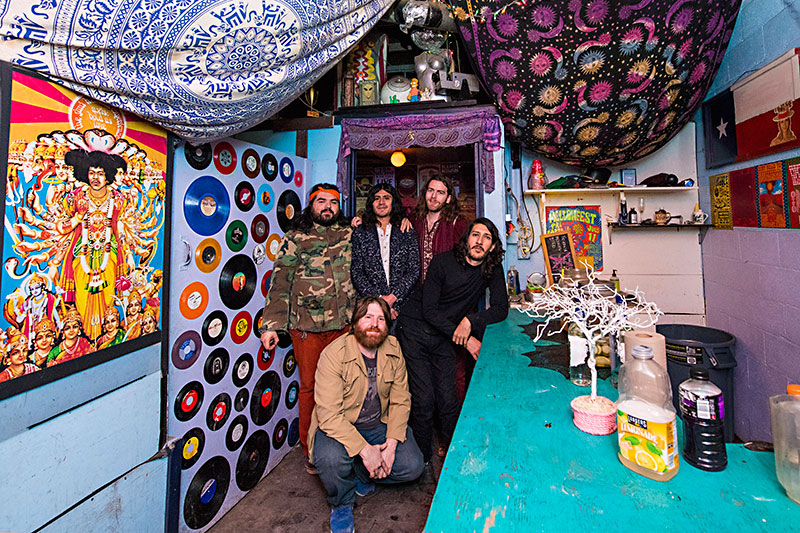 Among those deeply rooted in the local underground music scene, all roads lead to the Electric Church. Quite literally, the DIY outpost sits at the end of East Cesar Chavez, almost precisely at the crossroads of Fifth, Sixth, and Seventh streets, 183 and Airport Boulevard, and over the past year at this location – the former site of legit church Jesus Is Alive Ministries – that's likewise become true proverbially, too.

"I feel like this whole thing is very Field of Dreams – like, 'If you build it, they will come,'" reflects co-owner Jeff Wallace, who became a partner when this space was procured (Electric Church's previous incarnation was as a monthly event in several of the owners' backyard a few blocks away). "Any money that's coming in, we just keep building it bigger."

"Snapshot" was on hand Saturday to document the extent of that growth during EC's first anniversary party at this spot, which showcased elements that make the joint's birthday bash worth evangelizing: open jam sessions throughout the late afternoon, a historic psych music documentary screening, local live music painted with visual projections, free drinks(!) and – coolest of all – the high-quality recording of every performance via trailer studio out back. 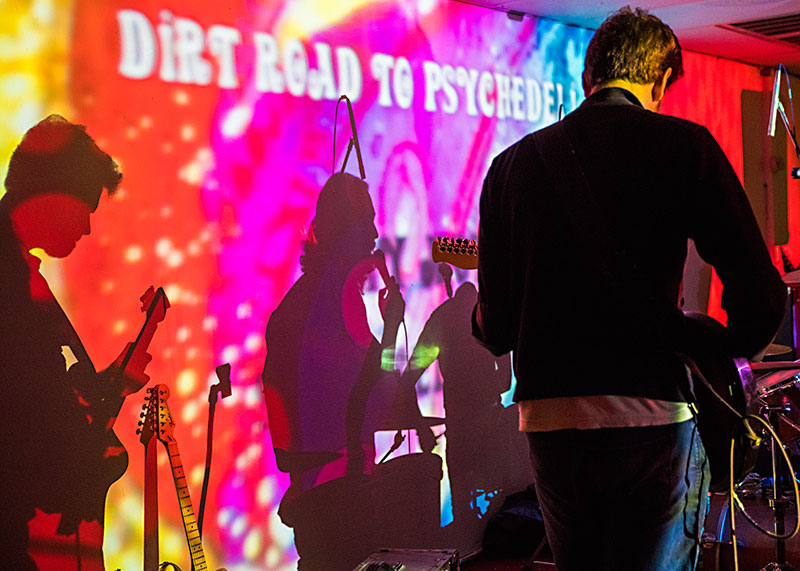 Open jams – one of EC’s many novel concepts – ran for several hours to kick off Saturday’s festivities. “We’re not trying to be the coolest thing – we’re trying to change the scene,” says Rendon. “A lot of what we end up doing is because there’s a void that needs to be filled. We want to create opportunities, not just for ourselves, but for the good art that we want to promote.” 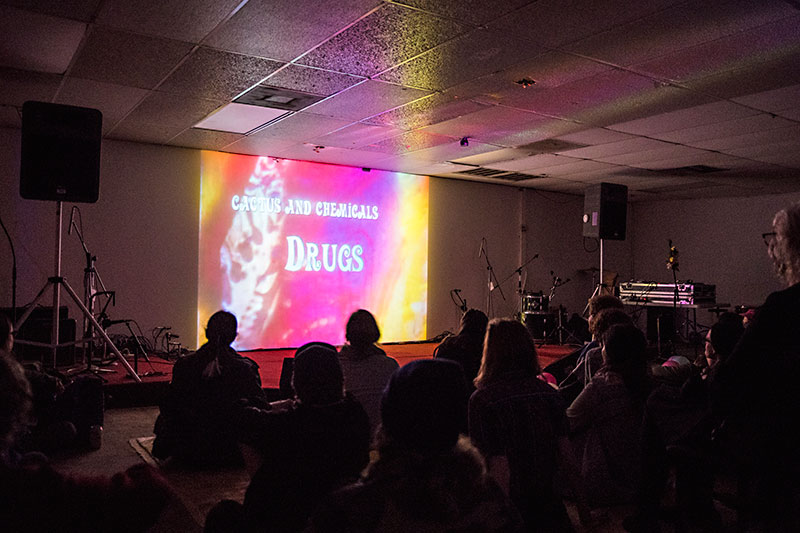 The Church takes on the feel of a living room as attendees sit to watch Saturday’s 10th anniversary screening of Dirt Road to Psychedelia: Austin Texas During the 1960s, which chronicles the local psych scene's evolution via innovators like Roky Erickson and the 13th Floor Elevators. "This scene is very ground up," observes the film's director Scott Conn. "People are sitting on the floor just like they did at the Armadillo World Headquarters. In a way, [the Electric Church] is a continuation of the same DIY spirit that was the folk, psychedelic, and punk scenes." 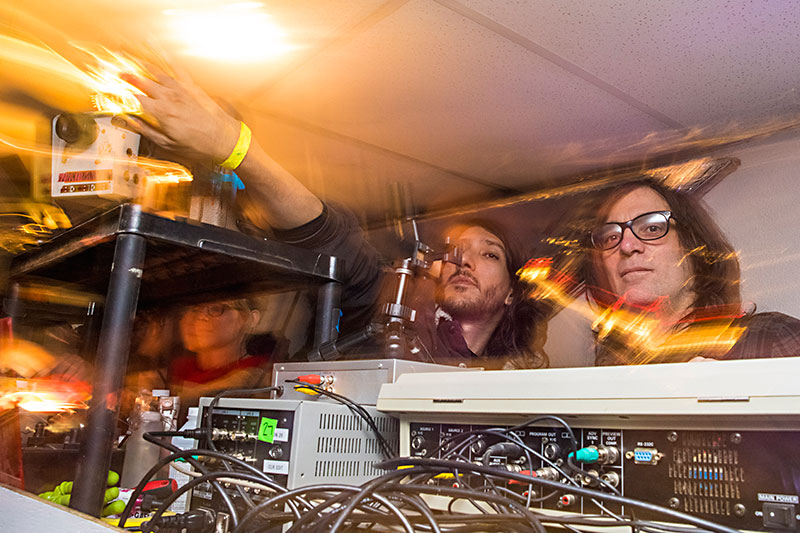 Moreno – who runs Ether Wave projections and built EC's visual booth – and another regular artist, Bob Mustachio of the Mustachio Light Show, collaborate during Saturday's anniversary party. "Community is the key word here," says Moreno. "We have 10 different visual artists who work here – competitive collaborators – who are carrying the torch from the Vulcan Gas Company, the Black Angels, Levitation, and the Armadillo World Headquarters." 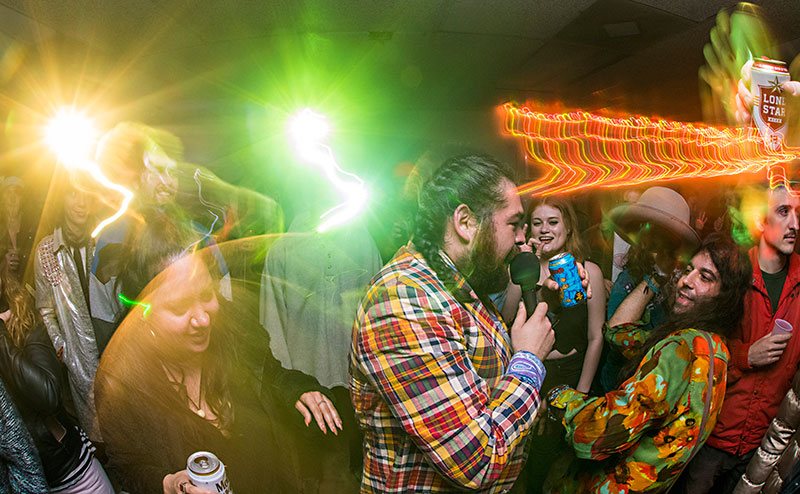 On performances from groups like the Sun Machine – featuring owners Murray (guitar), Hernandez (drums) and Rendon (vocals, left): "I never feel judged there [and] everyone's just out having a good time," reflects Everett Bergstedt, a member of local bands the Halfways and Millbrook Estates. "The music lineups are always stellar, touching on numerous genres, and I can always expect to see multiple friends ... the environment is completely carefree, so it's easy to let loose." 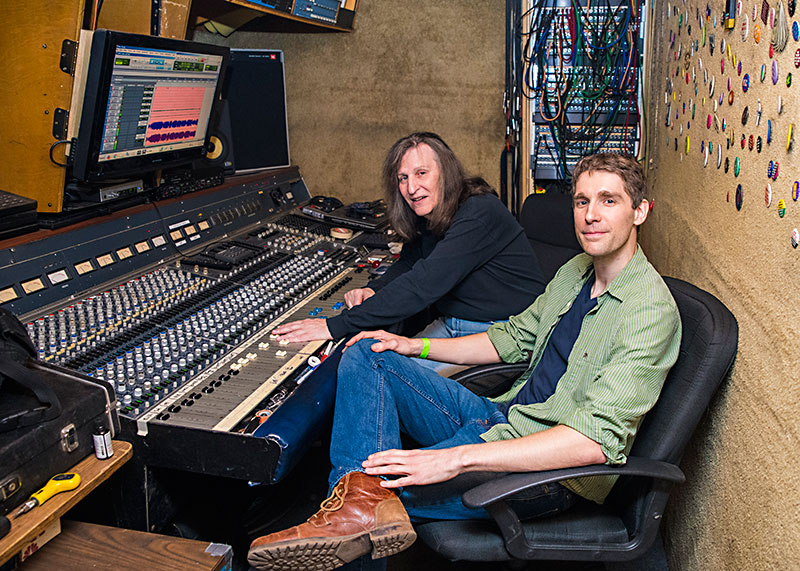 Engineers Remy David (l) and Tyler Speicher (Austin C.R.O.W. Electric) in their CROWmobile truck, which moved to EC's property in November. The pair records each performer immediately to CD – free for artists with the option to have it professionally mixed for a fee. Saturday saw the EC's first compilation release, featuring 14 tracks synthesized from 90 bands recorded over two months. "We're breaking new ground," says David. "Over a period of time, the CDs from these shows here will be all over Austin, San Marcos, Waco, Dallas – everyone's gonna wonder, 'Where is this coming from?' This [process] will improve the level of Austin musicianship."

Want to pitch an event, happening, idea, or person for “Snapshot”? Email the author/photog: dhall@austinchronicle.com. 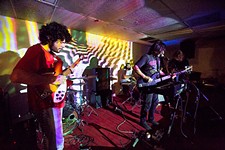