Southwest Theatre Productions’ If I Forget

While the play is a compelling kitchen-sink drama, this staging doesn't quite reach the promise of the material 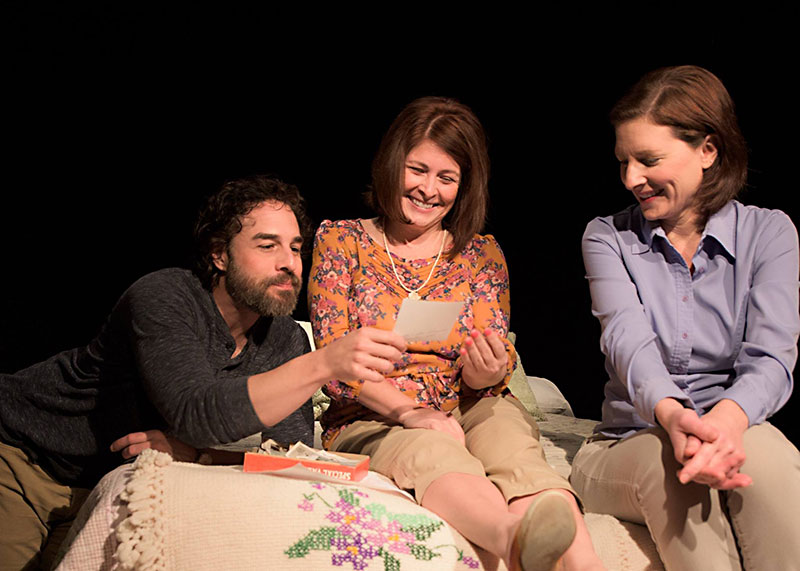 Playwright Steven Levenson's star is on the rise. At 32, he had two shows on and off Broadway: Tony Award-winning musical Dear Evan Hansen and If I Forget at Roundabout Theatre. The latter currently runs at Santa Cruz Theater, courtesy of Southwest Theatre Productions. It's a compelling kitchen-sink drama laced with provocative Judaic political threads, ramping up to 9/11. It's clearly a personal script for Levenson. This production, however, doesn't quite reach the promise of the material, with performances mostly lacking the "oomph" necessary to drive home its more powerful points.

Act I sees the Fischer siblings meeting for their father's birthday at their family home. It's large and upscale, and the wide, letterbox feel to the Santa Cruz stage is well-used by scenic designer Ed Trujillo. There's a lovely realism to the main space (functionally lit by Ryan Salinas), but the stage doesn't end there, problematically. Many scenes are set in the Fischer parents' bedroom, a unit placed directly to the right of the audience. It seems clever, but turning my head nearly a full 90 degrees for prolonged periods left me with a crick in the neck; add to this every person to my right leaning slightly farther forward than the person to their right in order to see, causing a 90% obstructed view no matter how I twisted myself. At least once, I couldn't see the actors at all during an entire scene.

Sight lines aside, the greatest flaw is the clashing acting styles. The stakes never feel that high for most of the characters, and this is a problem, especially for Michael (Luke Hill), an atheist Jew and college professor with some radical ideas about Israel, Jerusalem, Holocaust denial, and American Judaism. His book chronicling his ideas is not received well; his tenure track is disrupted just as his daughter's mental health is failing. It's a very complex role, and while Hill's authentically subtle, quiet performance would be simply gorgeous on film, it reads as disengaged and dispassionate on stage. He mumbles a lot, often losing the ends of sentences. In a moment toward the end of Act I, when it seems finally some fire erupts within him, he turns his back on the audience the whole time – a blocking problem on director Kat Sparks' part, and not the only one.

The rest of the cast, with two exceptions, never feel fully in touch with their characters, and the performances don't provide the momentum evident in the script. It's often frustrating seeing where the script wants us to go, but only getting halfway there. Lara Hollaway (Ellen) feels more recitational than committed, while Brandi Andrade (Holly) feels flatter in the first act than her character's development suggests. Daniel Norton as Howard, Holly's second husband, feels appropriately mousy, though rather one-note, and while Jacob Bernelle does a fine job as Joey, Holly's son, his character is one misstep in the script; he could be removed entirely from the story with little to no impact.

Exceptions are Garry Peters and Beth Burroughs. As the family patriarch, Peters illuminates the stage. His brief speaking role in Act I stands in contrast to the rest of the family, and his speech about the liberation of Dachau is hauntingly powerful. Though silent and nearly motionless through Act II, Peters still manages to capture interest. As Sharon, Burroughs shows easily the conflict within her over her love for the family store and for the current tenants, a Guatemalan family whose patriarch she is sleeping with.

It should be noted that in Act II, most of the performances improve dramatically. The stakes are a bit higher by necessity, and for the most part, the actors rise at least above the foibles of the first act.

There's something to be said for catching a show on opening night, particularly one as complex and fiery as If I Forget. Perhaps over time these actors will grow more comfortable with their characters. As it stands, however, the production doesn't quite do the material justice. 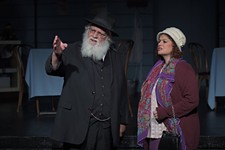 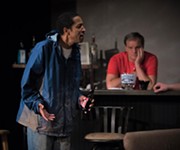