If you had 15 seconds alone with Trump, what would you say? Dear Donald, the people of Central Texas have some words for you, and many of them aren't minced.

"Snapshot" discovered as much while documenting Saturday's Day of Resistance events – a Trump Impeachment Rally at City Hall, followed by the Women's March up Congress Avenue and the subsequent 45th Texas Roe v. Wade Rally at the Capitol. To each person photographed, the same question was posed: "If you had 15-20 uninterrupted seconds face-to-face with Trump, what would you say?" Stephanie Martin, an organizer with Texas Handmaids: “Time’s up. You are so repugnant and your behavior is so repugnant that you have raised a progressive voice that I’ve not seen in my lifetime in this country. Time’s up being okay with sexual assault as you are. Time’s up on rape. Time’s up on maternal mortality. Time’s up on men telling women what we can and cannot do with our bodies. We are here, we are growing, and your days are numbered.” 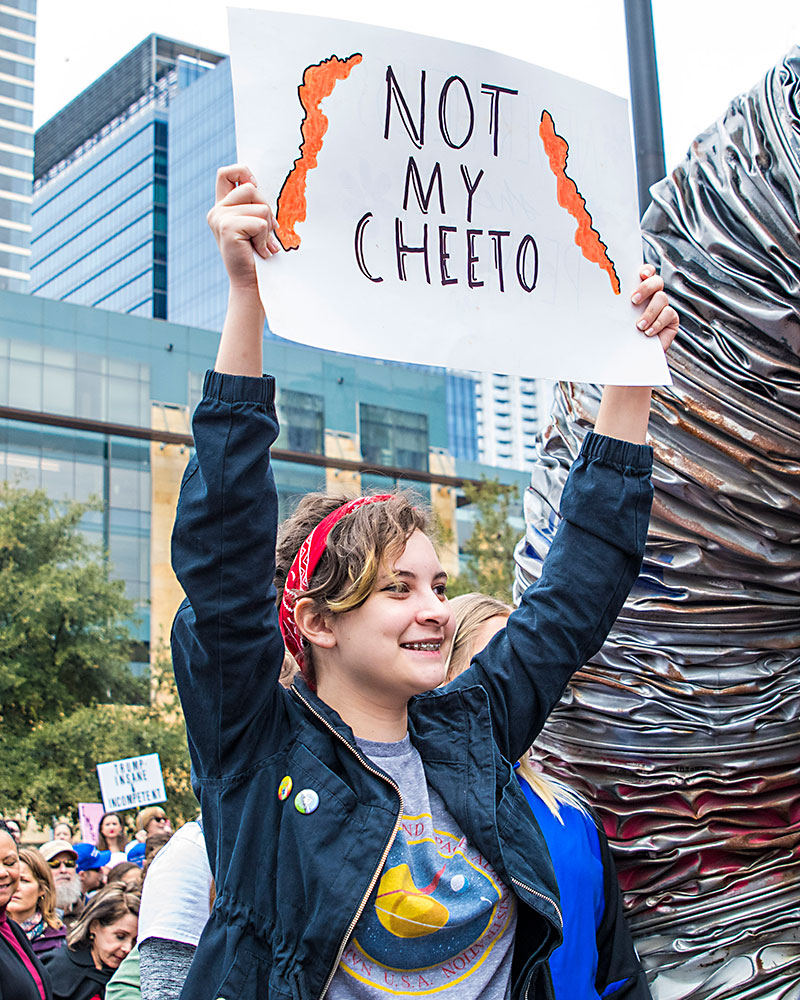 Emily Aleman, 15: “How can you discriminate against all these real human beings when you yourself aren’t as good as them morally?” 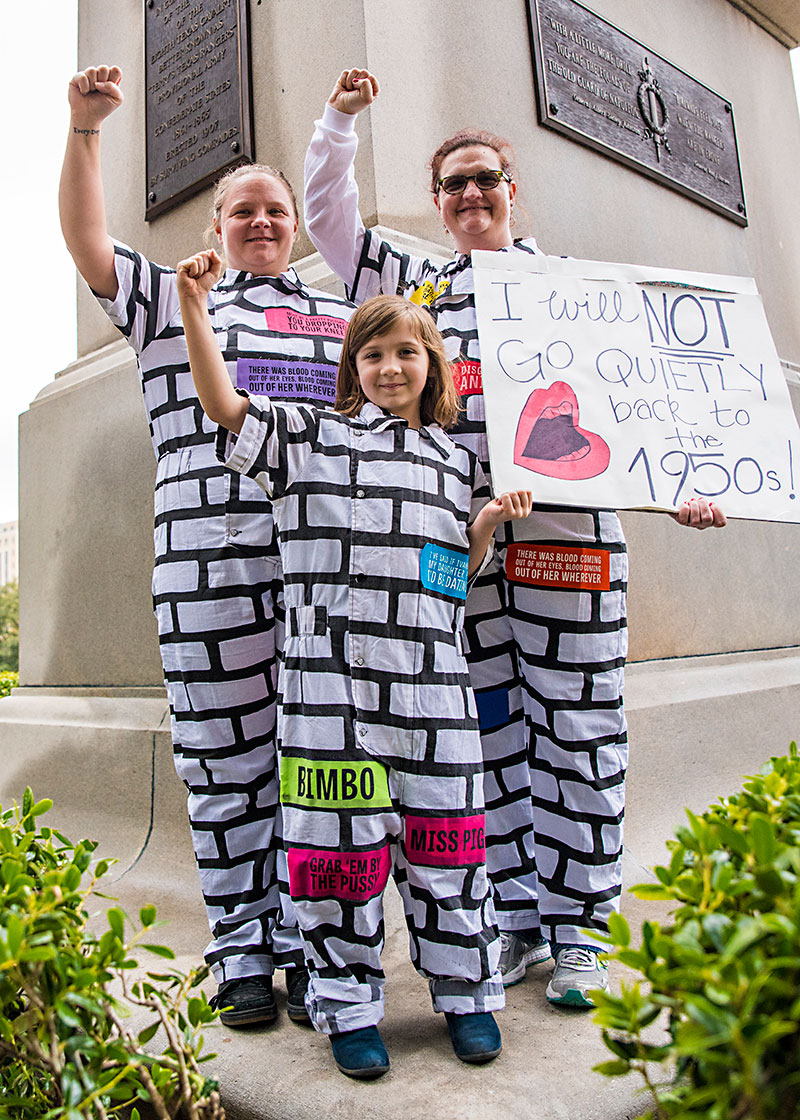 Anna Scott, 33 (l) with Lyn Hillman, 48 (r) and her daughter Viviene Duprie, 8: “I’m sorry that something in you is so angry and so sad you have to be this person. No uterus, no opinion!” shouts Scott. Rages Hillman: “I’m a government employee. I believe in science. Fuck you!” Vickie Tyson Williams of Houston (Trump supporter, r): “You need to stand up to the Democrats more and lock up whoever needs to be locked up for all the illegal shit that’s been done and those who made our country unsafe – why aren’t they in jail already? Hillary Clinton, George Soros ... they created all this and paid these people to be here [protesting].” Glenda Tansey, 75, of San Antonio: “Have a heart with the immigrants who come to work to send money home to elderly family members. Often they come to save their lives and that’s the foundation of what this country is supposed to be all about. Let [immigrants] make an argument for themselves and give them an honest ear.” Former state Sen. Wendy Davis addressed Trump directly during her speech from the steps of the Capitol: “Mr. President: Upset at the leadership we were seeing, women have accomplished a lot this past year. We have decided to run for office ourselves, and we’ve done so in record numbers. We’ve also come forward in record numbers supporting each other’s authentic stories of sexual harassment, with a #metoo movement that has created a cascade of accountability and a growing understanding that, hey, guess what, misogynistic men: When we are abused, misused, ignored, and thwarted, we will come roaring back with a thunderous momentum that will leave you wondering what the hell just happened to YOU.”