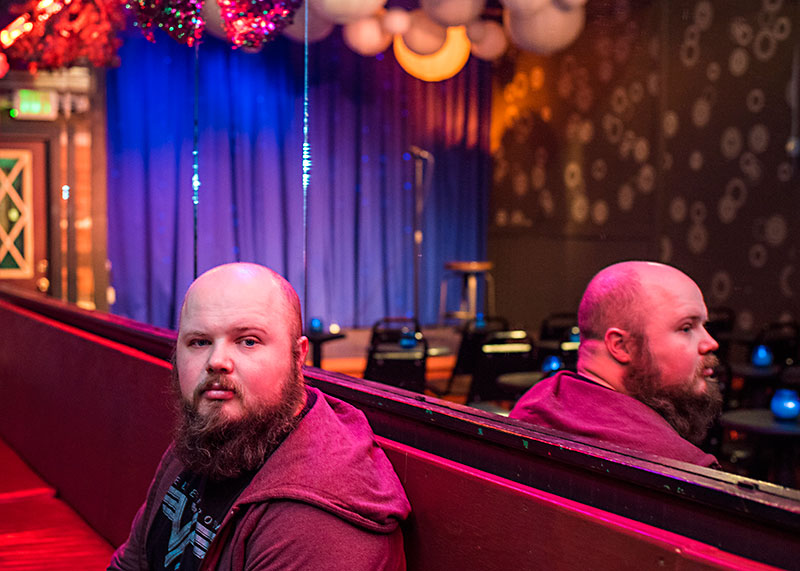 A guy walks into a bar – stop me if you've heard this one – and says to the bartender, he says, "You look like an asshole."

"The key to good customer service is leaning forward," he tells me. "Not too much. You don't want to intimidate them, but just enough to show interest." The patron who called him an asshole was a comedian. Just another comedian. The bar that Pat Dean is manning, for his first night in charge, is the Velveeta Room, Austin's sliver of a Downtown comedy room that has found an artistic and atmospheric renaissance at the butt-end of an ever-dirtier Dirty Sixth Street.

Dean becomes just the third manager in the past 12 years for the club, which opened back in 1988 as a stand-up-oriented offshoot of Esther's Follies. He takes the reins from Mario DiGiorgio – a veteran road comic, graphic designer, and former Funniest Person in Austin champion – who, during his tenure, presided over a complete makeover of the club, turning it from one of the seediest rooms Downtown to a comfortable, carefree shotgun lounge. Retro-hip decor, midcentury jazz, chalkboard tables, and gaslight atmosphere helped lure more of Sixth Street's wandering revelers into the room. What happened to those notoriously fickle punters next was deliberately strange.

Especially on Friday nights at 11pm. What used to be just another stand-up showcase turned into a rotating kaleidoscope of ideas: an all-banter show, a show where the comics get haircuts onstage, a show where the comics swap sets with each other, a show that's somehow a live baseball game. "It was birthed out of boredom," DiGior­gio says of the late show variety hour. "It's harder to book shows like that, but in the end it's worth it, because I got to book comics who just wouldn't work on a normal weekend show, because they're so offbeat.

"I want to experiment even further with those," Dean says. "It's usually a lot of people getting in for free from Esther's Follies, and they're already five drinks deep, so there's no risk; might as well throw them a curveball."

One thing the Velv has never shed is its reputation among Austin comics as one of the toughest rooms in town. What that's meant has evolved over the years. Veterans of Austin's Nineties comedy boom – which produced folks like Matt Bearden, Martha Kelly, J.R. Brow, and DiGiorgio himself – speak of a time when a new comic would be mercilessly heckled by the old hands, just to haze out the weak. During the long span that Dana Smith held down the bar, the difficulty of the room started to spring from its sheer emptiness, a blackened cavern in which a solitary ding from Dana's bell would punctuate any joke that fell particularly flat. (During the summer, actual fucking crickets sometimes chirped in the corners.) Lately, with the fortunes of the club on the rise, the focus has been on the difficulty of pleasing Sixth Street's patrons themselves, who, depending on their exhaustion and drunkenness levels, can veer anywhere from snoring silence to raucous laughter to a strange admixture of anger and pity. (Full disclosure: The Velv occasionally pays me to tell jokes there, so the preceding description was delivered with something remotely akin to love.)

Dean is, by general acclaim, the perfect choice to be the next booker and bartender.

Dean is, by general acclaim, the perfect choice to be the next booker and bartender. If you've seen him onstage, you've encountered a grim Irish baby prone to wincing faces and ironically pandering asides – "Have you heard about this?" – telling adorably bleak stories. Offstage, however, Dean is garrulous and quick to laugh, eager to make any situation as fun as possible.

Often referred to as the Mayor of Austin Comedy (a title conferred with the tongue-in-cheek sincerity that only stand-up comedians can muster), Dean brings all the perfect qualities for the position: bartending experience (he's a notorious fixture at the Tavern), booking experience, stand-up experience, and a diplomatic approach to life that's garnered him no enemies and an open-armed welcome in any venue in town, including Austin's big dog, Cap City Comedy Club, where he taught defensive driving for several years.

"The Velv has never competed with Cap City, and it won't," Dean says. "We put up a different style of comic. If you're unrepped and you're funny, that's who I want. People might not know them, but we do. Comics do. And it's exciting to share those people."

He knows manning the bar will keep him offstage on the weekends, but it's not a big sacrifice for him, because he believes so much in the room. "Honestly, that's the biggest reason I wanted this job," he says. "It's a testament to what Mario did that the room is so great now, and I didn't want anyone else to screw it up."

He falls back in his chair and fixes me with his trademark deadpan look. "If anyone's screwing this up, it's gonna be me, dammit."

A version of this article appeared in print on January 5, 2018 with the headline: Head Cheese 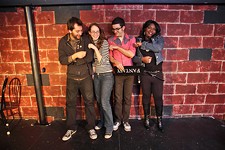 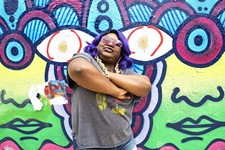 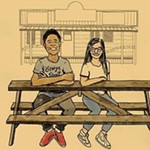 Showcases
Laughs on the regular