Different Stages’ The Member of the Wedding 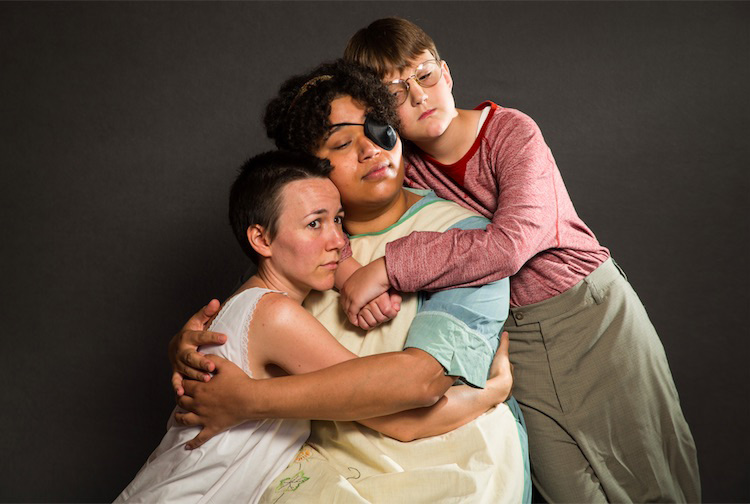 Frankie, a 12-year-old tomboy whose mouth is as fresh as her crew cut, has just about had it. The other girls exclude her, leaving her out of their clubs and poking fun when they get the chance, her father's never around, she's never known her momma, and with her brother's wedding coming up, Frankie feels pretty invisible. Her only friends are Berenice, the maid, and her cousin John Henry – a pest for sure. Frankie would much rather be in Hollywood, where her writing and backyard shows wouldn't be taken for granted.

Unfortunately, Frankie is not anywhere near Hollywood. She's smack dab in the rural South. In the 1940s. During World War II. It's not the best place to be different. So Frankie hatches a scheme. Her brother Jarvis is getting married. After the wedding, she'll just tag along with them to wherever they're headed and start over. But things don't always go according to plan. Just ask Honey, Berenice's brother. He's been treated more than badly for being different in his own way, but, much like Frankie, he refuses to be invisible in a world that doesn't seem to care about what he wants for himself.

The Member of the Wedding, Different Stages' latest offering (directed by Karen Jambon), is a coming-of-age story about a girl who learns two very hard truths about life: that it isn't fair and that it happens fast. Taylor Flanagan turns in a fast-paced, fiery performance as Frankie, and her version of the preteen is excellent; however, as talented as Flanagan is, she is clearly an adult woman, and no one else in the production is cast against age in a similar manner. The choice to do this adds a kind of surrealist slant to a work and production that are otherwise grounded in realism. The ensemble cast is rock solid, with standout performances by Chelsea Manasseri as Berenice Sadie Brown and Jago Mystiek as John Henry West. Ann Marie Gordon's Southern-fried set design comes complete with a screen door, and Benjamin Taylor Ridgway's costumes are pitch-perfect 1940s Americana.

Carson McCullers' text is reminiscent of Tennessee Williams and Horton Foote, in that the bulk of the story's action happens offstage, the audience learning of events as the characters tell them to each other, stacking stories upon stories upon stories. Not only does this narrative structure further evoke the small-town South, where news travels fastest by word-of-mouth, it's a much gentler mechanism for breaking bad news, filtering tragic events through the eyes of someone affected by them as opposed to showing the tragic event outright.

Fans of Southern Gothic stories like Cat on a Hot Tin Roof or A Young Lady of Property will definitely enjoy The Member of the Wedding, and with the Butterfly Bar close by, you can even do so with a proper mint julep in hand.

The Member of the Wedding