This journalist’s accounts of ordinary people seeking to create good in Africa is challenging, frightening, and powerful

Amidst all the world events that have seized our national attention in 2017, Africa has faded from our cultural awareness. A book like A Moonless, Starless Sky seizes our attention and reminds us that the lives of the millions of people across that diverse continent are every bit as complex and challenging as those closer to home. A great swath of western and central Africa also exists today under the threat of violent extremism. Alexis Okeowo, a New Yorker journalist who was based in Nigeria for three years, writes about the lives of individuals seeking normalcy amidst, and in some cases fighting back against, the unfathomable reaches of human cruelty.

The book is presented as a collection of stories about resistance to extremism. In some cases, that's true in a literal sense. In others, the people featured are just trying to eke out a life, which might be considered a form of resistance. But while ideas of activism and anti-extremism may make a story more marketable in today's America, Okeowo's highly readable but heartrending book is unified more around the depth of conflict felt by those profiled. Some of these individuals' actions render them deeply morally compromised; it's not a tale of lesser-known Gandhis. Especially searing is the tale of Eunice and Bosco, a couple who met as conscripted child soldiers in the LRA terror group and now try to live peacefully as a family after escaping with their son, under the dark cloud of their appalling past crimes.

A Moonless, Starless Sky is challenging, frightening, and powerful. It's not uplifting. But, at a time when our own political landscape is being redefined under our feet, it's instructive to see how a range of ordinary men and women deliberately seek to create good around them, in ways both large and small. 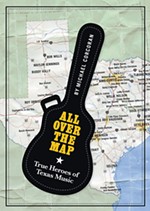 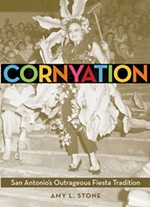