Road-Tripping for the 2017 Texas Biennial

To curate this edition of the contemporary art survey, Leslie Moody Castro took an epic road trip across the Lone Star State 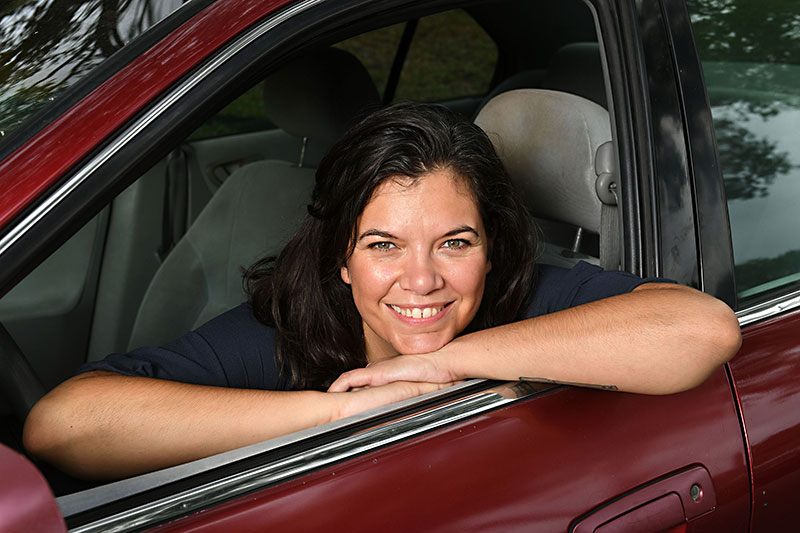 Leslie Moody Castro's mission was to put the "Texas" back in the Texas Biennial.

In taking up the massive challenge of curating this visual arts exhibition that typically draws 1,000 submissions from across the state, Castro was sensitive to criticisms that had been leveled at earlier editions of the Biennial, with a major one being that it wasn't an equitable representation of work from all parts of Texas, that its focus on artists in certain large cities meant it might as well have been called the Houston Biennial or Dallas Biennial or Austin Biennial. Castro felt a need to change that perception, so this summer, prior to selecting the 33 artists for this year's exhibit, she undertook a road trip worthy of this "everything is bigger" state: an 11,300-mile drive to 25 communities all over Texas – towns as well as cities, in the east, west, north, and south – to visit more than 200 artist studios and Biennial partner art organizations. The odyssey – detailed by Castro in a blog on the Texas Biennial website – lasted seven wearying weeks, but Castro came away from it with an expanded sense of the work artists around the state were making and how they were interacting with one another. And she in turn gave those artists a human connection to the Biennial. I caught up with Castro in Mexico, where she lives and works when she isn't in Austin, to learn more about how the trip came about and affected the way she curated the Biennial.

Austin Chronicle: So was the road trip your idea?

AC: She says with kind of a sigh in her voice.

LMC: [Laughs] Yeah, it was my idea. It was a great idea at the time. [Laughs]

AC: Obviously, you set yourself up for something that was extremely time-consuming and exhausting on many levels. But based on your road trip blog for the Biennial website, it doesn't sound like you regret doing it. You made fantastic connections with individual artists and communities of artists, and so often you write, "Oh, I wish I could have spent more time here." Am I wrong about the road trip being a fulfilling part of your experience curating the Biennial?

“Oftentimes, we get stuck in our Austin bubble, and I wanted to get out of that. I wanted the conversation to be about learning about other places and what’s happening in the state.” – Leslie Moody Castro

LMC: No, you're not wrong at all. It was an incredibly rewarding experience, and I'm so glad I did it. I think it was a necessary component in bringing the Biennial back. It gave the Biennial a face and a personality and an identity. Oftentimes, we get stuck in our Austin bubble, and I wanted to get out of that. I wanted the conversation to be about learning about other places and what's happening in the state. And I don't think I could have put this show together without doing that trip.

My practice is based very much on itinerancy in general and about not being complacent and learning from other places, to try and create projects and exhibitions that are relevant to an audience and work with artists to do that. So itinerancy is really important for me. I travel back and forth between Mexico and the States every six weeks, and when I'm in the States I travel between multiple cities all the time. So I'm really used to this itinerant lifestyle, coming and going when I need to. I can do a significant amount of travel in a very short time, but I definitely know my limit. The road trip was just at my limit.

One of the things that I didn't anticipate, though, was a sort of suspension of privacy. I knew that I was going to do this performative aspect of the curatorial process, but I had a camera in my face the whole time. Sean Gaulager came with me, and he documented most of the trip, and Jordan Gentry jumped in – it was like a marathon, they jumped in and out whenever they could. There was a mental shift for me when I got into the Panhandle and West Texas, which are areas I did not know. By that point, so many people had started following the trip [on the blog] that I started feeling like I was on a road trip with the entire state. In San Antonio, I'd gotten a tattoo by artist David Alcantar, and I don't remember exactly where I was, but I was at one of the networking events that one of our partner organizations put on, and someone said, "Oh, we want to see your tattoo!" And I was like, "I don't even know you." [Laughs] Things like that were happening, and I was like, "This is so weird."

[While] I do have this public curatorial persona, I'm also very much an introverted curator. I actually like to be at home and enjoy my quiet time, so to have that eliminated for seven weeks was the hardest part. Not that I regret it, because at the same time I felt that I was doing this epic feat that I could not have ever done by myself. So there was definitely some give and take there. I was overwhelmed by the gratitude of everyone, and I really did wish that I had more time everywhere because there was so much to see. Being in the space with an artist is my favorite part of the job, and having to say no to someone who was inviting me to their studio was really hard. I said yes as much as I could, but there were times when I just physically couldn't do it.

AC: I know a visit may last only a day or two, but did you get a feel for artists working out of a sense of place, making art that relates to where they live? Or has global interconnectedness flattened that specific geographic inspiration so everything feels the same everywhere?

LMC: I think both, honestly. The border conversation, for instance, is very prevalent and prominent in places like El Paso and Matamoros and Laredo, where it's directly affecting the lives of people. What I saw in the work, though, is really smart, and it's not just about a literal border, like a wood-block print of a fence. It's very conceptual in many ways, and a lot of that conversation can be applied to much of the state. I learned, too, that borders are very blurry. There's this idea that our wonderful president wants to define these borders, but when I was in Amarillo – and I'd never been there, and in my brain, Amarillo felt really far away – but when I was there, it was so close to Lubbock, so close to Plainview, and I was talking to Jon Revett about being there, and he was like, "Well, you know, I can drive three hours in any direction and be in a major city center and have art references in all of these city centers." And I was like, I guess borders idealistically can stop movement, but they don't.

AC: One striking thing about your road trip is that you weren't engaging with just individual artists, but full communities of artists, and not only in the big cities where you expect to find them but in the McAllens and Huntsvilles and Tylers. Were you surprised to find communities in these smaller places?

LMC: I wasn't surprised to find communities, but I was surprised to find such developed communities that we had never talked about. Tyler has an incredibly strong community of artists that's centered around this junior college and the University of Texas there. Which is a totally different profile from the community in Huntsville. And I was surprised at how supportive they are of one another and how strong the conversations are. One of my most memorable studio visits, for example, was in Huntsville with Max Manning. And the same in Tyler with Philana Oliphant and James Pace. I was welcomed into these smaller places – I mean, I was welcomed everywhere in the state, which was remarkable, but I was welcomed in these smaller places with this excitement and this sentiment of "We want you to come and learn about what we have, because what we have is really cool!"

What I was really surprised by was the fact that each of these communities exists and the fact that as a state – and this is the biggest thing I took away from the road trip – we're actually much more connected than we realize. One of the major things that people say all the time is, "Oh, Houston is so far away that we don't really talk to them," or "Oh, Lubbock is so far away that we don't really talk to them." But I learned that the Biennial can be a conduit for connectivity, connecting smaller, peripheral places with other places. Because I'm sitting on this database of 1,200 artists who applied to the Biennial, I have the capacity to make suggested lists of artists to send to the Galveston Art Center, for instance, because it's one of our partner organizations and I visited it and I know its programming now. So when I was on the road, I had this moment of "Oh shit, there is a way for the Biennial to really be a conduit of conversation" – and we should be in many ways, I feel like that's a responsibility we should have because we can.

For more conversation with Castro about the Texas Biennial, including the challenges involved in bringing the exhibition back after a four-year gap, visit austinchronicle.com/daily/arts.

A version of this article appeared in print on September 29, 2017 with the headline: I Saw Miles and Miles of Canvas 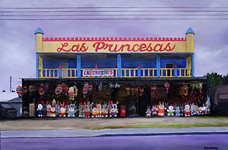