Elizabeth Doss’ latest plays with history in a way that serves its feminist hero, and it’s also a comedy that knows its stuff 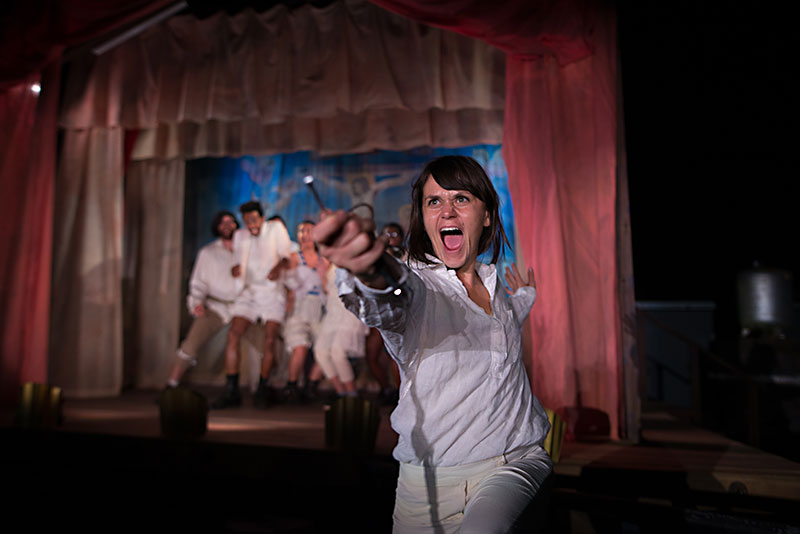 In search of adventure: Alexis Scott as Catalina (Photo by Erica Nix)

Catalina de Erauso is somebody who's slipped off the pages of most surveys of European history, but she's sticky enough to remain at the edges of the imagination. Intended for life in a convent in the early 17th century, she escaped and assumed a male identity. She even sailed to the Americas and became a rascal and a military hero both.

In Elizabeth Doss' new script about Catalina for Paper Chairs, the details are jumbled and fuzzy. Catalina (Alexis Scott) identifies herself as an unreliable narrator. She isn't interested in accuracy. No, she wants to experience adventure and excitement and write all about it in a thrilling autobiography, and she's willing to fudge an account here and there if it makes her look good. The company says more than once that the play is "historical fiction through a feminist lens." It creates a character who constructs a bold, original identity in an age when women were rarely granted a voice.

The script and set (designed by Lisa Laratta) play to Dustin Wills' strengths as a director: a defined proscenium establishes a space for the ensemble's tableaux and antics. Stylized physical comedy and characters reminiscent of commedia populate the show. The actors of the company play the comedy beautifully, knowing just when to include an individual bit and when to blend in with their fellows. Some of the scenes are milked, but Doss' writing and Wills' direction are a great match for a show about a female antihero who jumps continents in search of adventure and riches.

Halfway through the second act, the play shifts in tone in a big way. It's a good thing, because the about-face answers the question that lingers until that point: "This is all pretty neat, but why does it matter?" The show also speaks to the discomfort of hearing about Catalina's military ventures in which she killed many indigenous people. It's unclear whether the actors' personal stories are genuine after the amusing onstage quasi-meltdown from Michael Joplin, which is too bad, because it steals some punch from the discussion of how historical meaning is personalized.

Catalina de Erauso is a comedy that knows its stuff. The company builds the show on history and theory and actor training. Fortunately, it also knows when to step away and question the entire enterprise in a way that creates meaning.

Austin performing arts companies are struggling to create new performance spaces in the wake of recent forced closures and rising real estate prices, and they're coming up with more and more creative solutions. Most of the time, as with Catalina, which is being performed at the Center for Maximum Potential Building Systems in far East Austin, they pick the right shows for the spot and do the work in advance to keep the audience safe and comfortable. Still, keep the flashlight on your phone handy after the show as you go looking for your car. Wildlife: It's a thing. 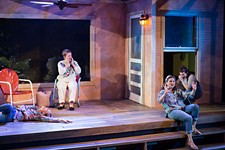