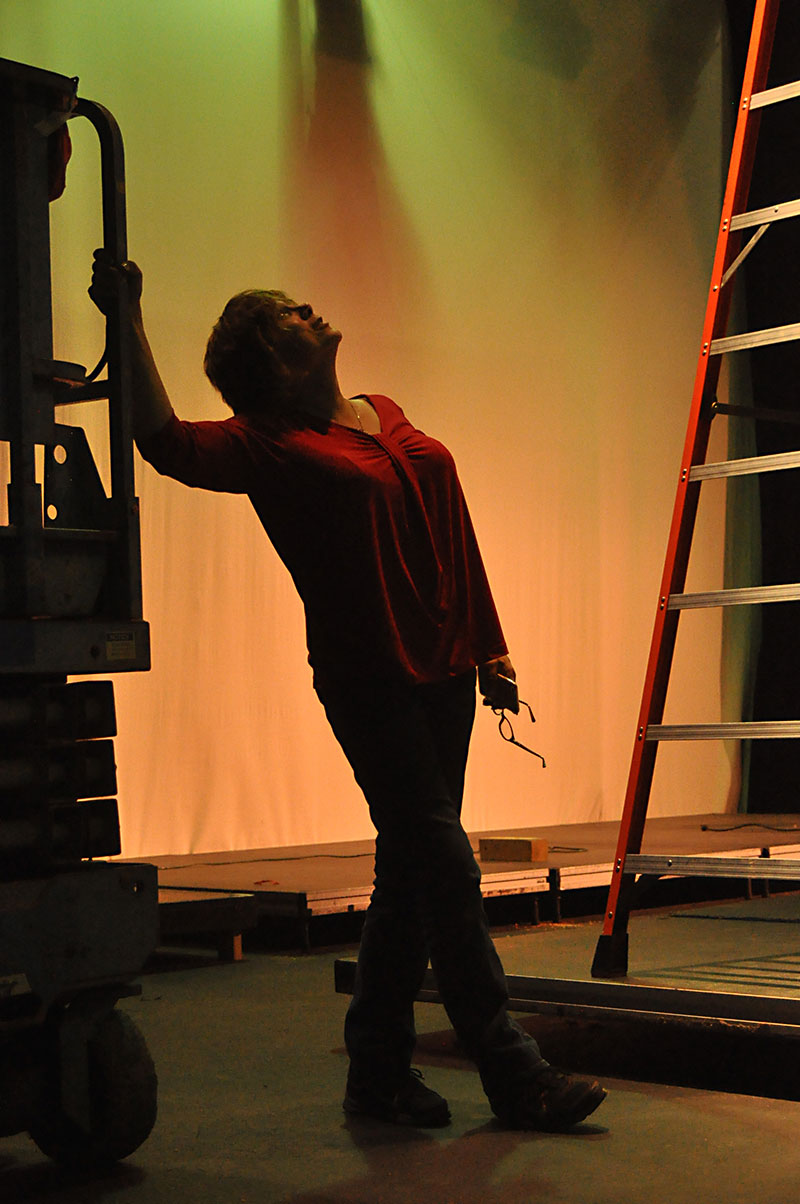 Four months. That's how long Lisa Scheps expected it would take to resolve the code compliance issues that shut down Ground Floor Theatre, her performance venue on Springdale Road, in January 2016. Then four months came and went, and the theatre still wasn't open. Then another four months came and went. And another. And another. When Ground Floor finally reopens this week, with the premiere of Gibberish Mostly, a work by Austin playwright Max Langert, the theatre will have been shuttered for 20 months.

Sadly, that's the current state of things for a tenant caught between the City of Austin and a landlord trying to bring a space up to code. There are plans to be drawn, permits to be applied for, fees to be paid, inspections to be made, and certificates to be given, and any one of those parts of the process can gobble up an enormous amount of time. Taken together, they make the pages of the calendar whip away like in an old movie. And being a facility that can provide space to cultural organizations in a city suffering a critical lack of such spaces cuts you zero slack. In the first year and a half that Scheps' theatre was closed, both Salvage Vanguard Theater and the Off Center went away, and it didn't make a difference in getting Ground Floor reopened.

Of course, time was of the essence when it came to closing Ground Floor in 2016. You may recall that the theatre had been slated as the primary venue for that year's FronteraFest Long Fringe, but when a surprise inspection by the Austin Fire Department days before the Long Fringe was to open led to the discovery that Ground Floor had no certificate of occupancy, it had to shut down immediately. Never mind that such a move meant displacing the 11 productions due to perform there over the 14 days of the Long Fringe. And never mind that the theatre had been operating safely for 13 months before the occupancy violation was found. A temporary certificate to keep Ground Floor open through the end of January apparently wasn't a possibility.

As it turned out, the problems that the city had with Ground Floor, which Scheps and friends had created out of an unused 4,500-square-foot warehouse loading dock, were relatively minor: The risers for the audience seating and the tech booth had to be scrapped because they were made of wood (though this doesn't seem to be an issue with all performance venues in Austin); a fire alarm system had to be added (a sprinkler system was already in place); crash bars had to be added to the doors; a couple of the loading dock doors had to be bolted shut; a kill switch was needed for the HVAC system; and a light had to be installed outside the theatre entrance. Hardly what one would call 20 months' worth of repairs. But according to Scheps, because her landlord did not pull permits on the massive 979 Springdale redevelopment – the old U.S. Food Service warehouse complex – Ground Floor had to start from scratch. Pulling permits, creating plans, and having them approved took almost a year, she says. While she had a few allies along the way – Arts Commissioner Michelle Polgar, City Council Member Pio Renteria, and even Mayor Steve Adler – Scheps says they had little influence when it came to the bureaucratic slog of permitting. If she'd had the resources, Scheps adds, she would have hired a professional permit expediter to speed up the process. As it was, she had to rely on landlord Peter Barlin to cover the costs.

Scheps also had to get a job. Though she wasn't eager to return to the private sector, she needed the income and so took a corporate position for a year. For the past six months, she's been giving her full attention back to Ground Floor so that when the city gave her the green light, she could, as she puts it, "scratch our way back to where we were since we were shut down."

Scheps is painfully aware of what's been lost in the long limbo period. Before the closing, Ground Floor was booked months in advance, and the revenue from rentals, ticket sales, and concessions was enough to keep the doors open. True, she and her GFT co-pilot Patti Neff-Tiven, weren't being paid, and the theatre had no funding reserve, but Ground Floor had a solid place in the arts scene and was in a position to grow. Now, Scheps says, "we have to rebuild audience, we have to rebuild trust in the community, and our donor base is basically gone, so we really need to rebuild that as well. We lost a lot of credibility, and now we have to do our best to prove that we're still here, we're still viable, and we still want to help the community as much as possible."

The Ground Floor Theatre that audiences will see when they attend Gibberish Mostly isn't quite where it was when the theatre last staged a show – the risers still need to be replaced, and the tech booth is now a tech table off to one side of the audience – but the heart of Ground Floor is there. Langert's play falls under the heading of what Scheps calls "do-gooder theatre": new works by and for underrepresented populations like communities of color, the LGBT community, and the differently abled. And she's planning multiple productions in the coming seasons: three plus a December concert in 2018, five plus a concert in 2019. She's ready to get Ground Floor back to full power. "This is a really nice space, and it's a shame that it's been sitting empty for a year and a half when people really need it."

A version of this article appeared in print on September 22, 2017 with the headline: Long Comeback