In her latest book, the award-winning journalist tracks parallel injustices on U.S. borders south and north 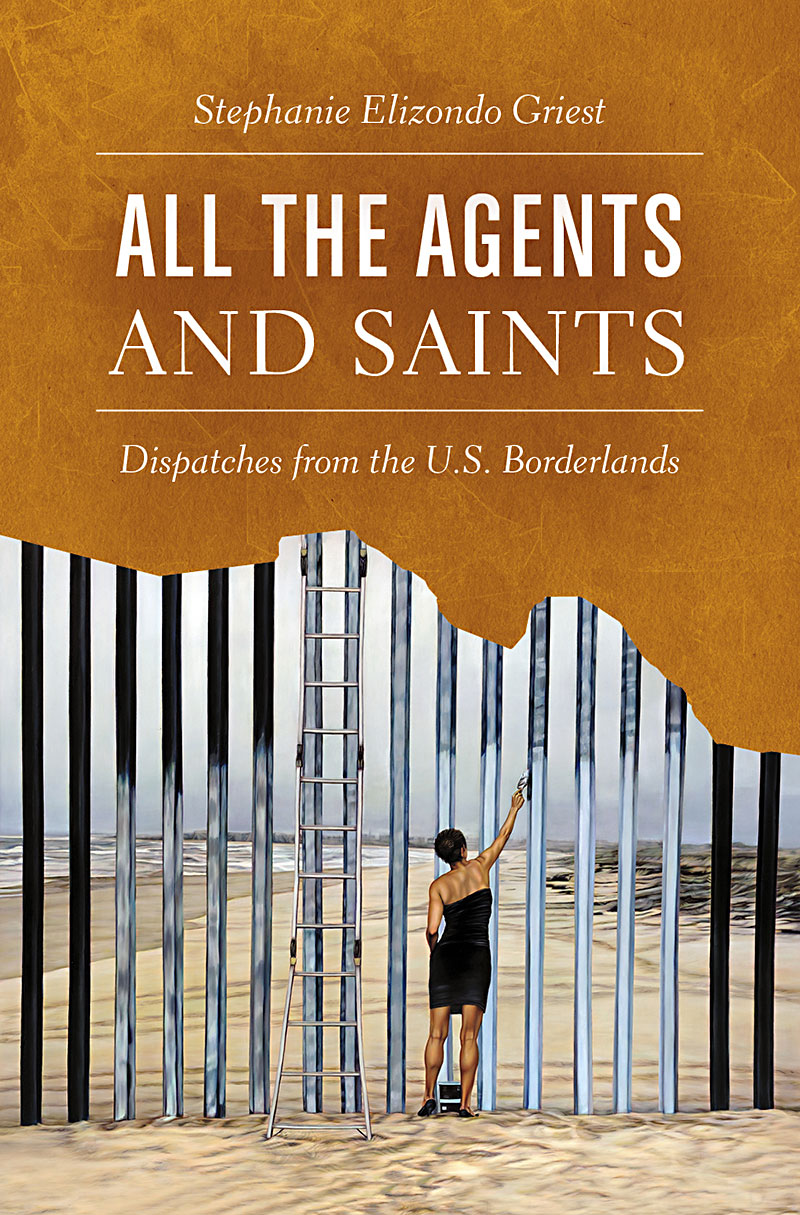 Although former Austinite and globe-trotting author Stephanie Elizondo Griest has won both the prestigious Lowell Thomas Travel Journalism Gold Prize and the equally laudatory Margolis Award for Social Justice Reporting, her nonfiction reportage from Beijing to Mexico and almost everywhere in between reads like the thoroughly winning blog posts of a particularly wise and idealistic young journalist with a mission. That's meant as a compliment, of course. Her writing about the struggles of people on virtually all sides of every international border dazzles the mind's eye with its combination of earnestness, self-deprecation, and the undiluted curiosity of a born reporter.

All the Agents and Saints: Dis­patches From the U.S. Borderlands finds Griest back in her native Rio Grande Valley, drawn there by both an "existential untethering" caused by decades of wanderlust and reports that the U.S./Mexican boundary has become a "death valley" fueled by the ongoing cartel drug wars, entrenched poverty, and the uneasy sense of permanent dislocation that stems from existing in the middle of a permanent frontera. The Aztecs, she notes, had a word for this feeling of perpetual impermanence, nepantla, which they coined "to describe their struggle against their Spanish colonizers in the 16th century."

All the Agents and Saints – the title refers to a serendipitous typo on the author's part – then follows Griest north, to the Akwesasne Nation on the New York state/Canadian border. The Mohawks there are equally riven by strife and cultural neglect, their traditional language dying out as bloody, intertribal warfare over the propriety of casinos in the Native American homeland pits friend against friend and families against one another. The parallels between the economically disenfranchised Akwesasnes and their far-south counterparts couldn't be plainer, or more dispiriting, especially as the new American president calls for ever more stringent border security. To paraphrase Edwin Starr: Borders, what are they good for? Very little of any merit, it turns out.

I spoke with Griest (currently a Fellow of Creative Nonfiction at the University of North Carolina-Chapel Hill) about her work, the unexpected 180-degree turn her book makes midway through, and random genius of happenstance. Austin Chronicle: How did you end up in the Akwesasne Nation of all possible places?

Stephanie Elizondo Griest: [laughing] It was totally happenstance. When I applied to St. Lawrence University, I actually thought it was Sarah Lawrence University. I thought I'd be going back to New York City, but when they sent me the plane ticket for the interview, I was like, "What the fuck? I'm going to Ogdensburg? What's going on?" But when I finally got there, I realized that it was where the film Frozen River took place, a place one of my mentors had mentioned, and pretty soon I was experiencing a sense of déjà vu, instantly. Every person I met reminded me of someone else that I had encountered [on the Mexican-U.S. border] and been researching about all this time. The parallels were right there, from the Indian residential schools to the systematic elimination of so many rights and the punishments for upholding traditions, ceremonies, and language. So I began frantically taking notes on it.

AC: It's been almost 10 years since your last book, Mexican Enough, was published. Did you end up spending most of the past decade working on Agents and Saints?

SEG: I had actually been working on a book about silence that I started in 2007, which eventually became this book. But the initial idea was radically different than what eventually happened. That book was quite involved, and I spent a couple of years working pretty diligently on it. I lived in a Zen Buddhist temple, I started learning sign language, and just going deeply into the subject of silence. What ended up happening was that I went to grad school in Iowa and one day I woke up with 40, 50 text messages from friends who forwarded me something from The New York Times Book Review, which is never a good sign, you know? It turned out to be a review of a book called A Book of Silence. My book was called The Book of Silence and literally every single idea I had for my book was in this other book. And then two months later The New York Times did reviews of several other books about silence. It was a really bizarre experience, very eerie. It was just something in the air that I caught on to much later than the people who actually had been writing about it.

SEG: Normally, that would be a very devastating experience for a writer, but for me it was actually sort of liberating, because while I was working on the book about silence I was also having these really wild experiences in South Texas and it suddenly dawned on me that I didn't need to write a book about silence. I needed to write a book that's a scream. I need a loud book to talk about all of these injustices that I'd been witnessing.

All the Agents and Saints: Dispatches from the U.S. Borderlands

A version of this article appeared in print on September 8, 2017 with the headline: As Below, So Above