The photographs here fully reveal the artist’s skill with composition and light, but show less of their subjects’ interior life 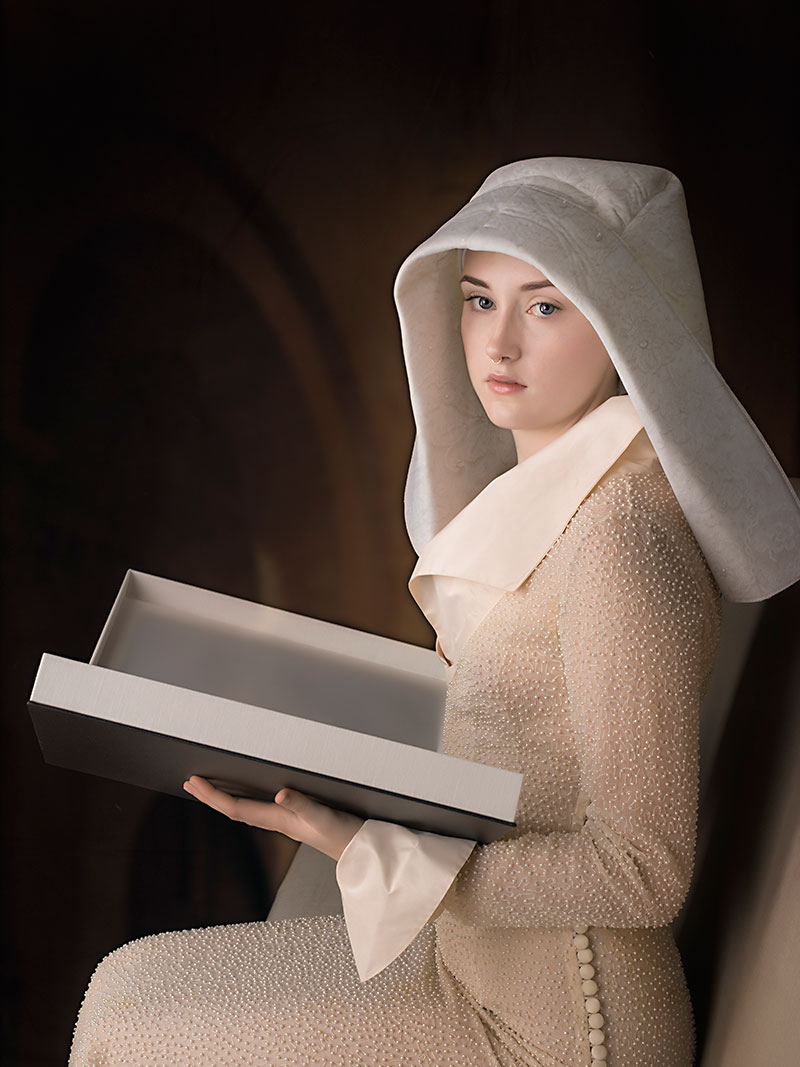 The hallmark of a good renovator is their imagination, their ability to look at something, see its essence, and, with the same glance, see its potential. This is also the hallmark of a good photographer. Micky Hoogendijk's photography exhibition at Women & Their Work, "Pure Imagination," is prefaced by a video about a dollhouse passed down to her, a dollhouse she and her mother had planned to renovate but never did. The miniature house is the subject of a series of Hoogendijk's photos, some of the strongest in the exhibition. The images are a study in subtlety and atmosphere, with light streaming through the windows and swathing the toy rooms in ribbons of glistening sunshine. The choice to have the photos printed on sublimated metal at once emphasizes the use of light and gilds the piece in a fantastic sheen.

The fantasy continues in a trio of photographs set in an exquisite abandoned building in Mexico City. The human subjects are superimposed into the shots, and the space is filled with light to various effect: a pale wash, a creeping gray dusk, a marbling of reflections in a stairway submerged in water. The last recalls John Berger writing on the Dutch painter Johannes Vermeer: "What was it that he wanted to say in the stillness of his rooms which the light fills like water a tank?"

Vermeer is believed by some to have used a camera obscura to create his paintings, prompting a consideration for the interplay of photography and painting. For Hoogendijk, Dutch-born and daughter of an art dealer, this is a consideration, too. Several of her portraits – her best, really, with the girl's anachronistic septum piercing and shrouded smirk – reference the Dutch portraiture tradition. Like any portrait, painting, or photograph, the components of composition, light, and gesture are critical. Hoogendijk is skilled in her composition and lighting, with every shot clearly considered in style and execution. The gesture, the essence, can be elusive, though.

Hoogendijk's method of seeking subjects (often simply asking strangers whose appearance strikes her if they will pose for her, a process involving whimsical costumes or else nudity) again brings to mind a renovator's imaginative gaze. And while it's clear that Hoogendijk can look at someone on the street and evaluate that person's potential for beguiling presence in front of the camera, it is not clear that she can present the essence of the person beyond appearance. Flipping through her book Through the Eyes of Others, I See Me, which Women & Their Work premieres stateside, these concerns persist.

Too often, the straightforward portraits rely on an extraordinary exterior in place of examination of the interior. When the most immediately observable features of subjects are markers of race and gender, as is true for many of Hoogendijk's portraits, the failure to move beyond aesthetics and allow other aspects of their humanity to peek through leaves me cold and wary. Standing in front of one such portrait, looking at the subject and longing for a move beyond the glossy exterior, I consider my own reflection in the sublimated metal before turning away.

Women & Their Work, Micky Hoogendijk, Through the Eyes of Others, I See Me, Johannes Vermeer