In this Afrofuturist drama by Tyler English-Beckwith, blacks labor to reach a safe space in space 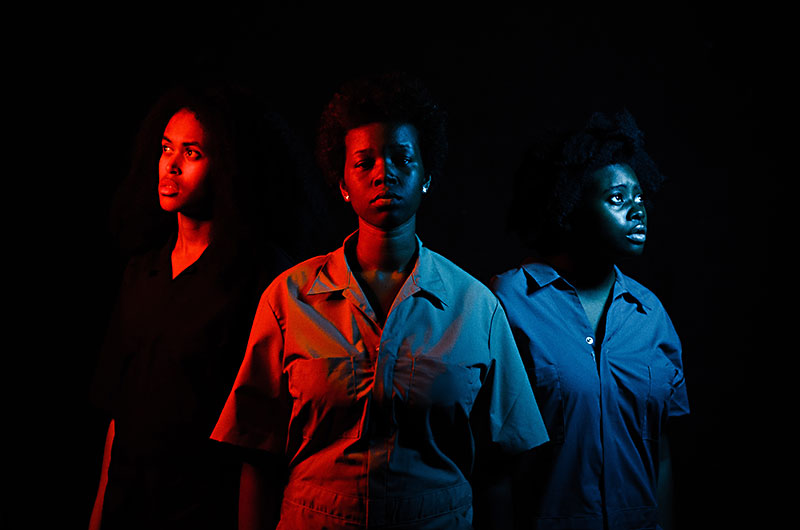 They work and work and work. Two women and two men, back to back, making the same motions – knees bending, feet stamping, arms scooping up, arms pulling down – over and over, the rhythm never breaking, the pace never slackening, for minutes on end. We cannot see any equipment they might be operating or objects they might be moving, but we can see the exertion of their efforts in the perspiration on their forearms and foreheads, glistening as it's caught in the bright light shining down from overhead. The only times the four abandon this laborious routine is when a deafening siren blares, at which point they shift to a more chilling routine: Under red light, they put both hands high in the air, then place them behind their backs, then kneel, then lie flat on their stomachs, repeating the sequence rapidly until the siren stops. Then they resume the previous motions. What could they be working for that could be worth so much struggle and strain?

A heaven in the heavens.

These four laborers and the two others we meet in Tyler English-Beckwith's new drama TWENTYEIGHT are trying to finish a shuttle to carry them to the Liberian space station, an orbiting refuge for people of color in a time when life in the U.S. for them is even more oppressive and violent than it is now. With cities in ruins, African-Americans are forced into settlements, where they toil on projects like the shuttle, fear the brutality of Enforcers, and dream of liberation in the sky. "There ain't nothin' you can't have in space," one insists, and we can feel in the space station the pull of Paradise, the kind of place where all the ills and woes of this land will be transformed into riches and blessings – the kind of place that Liberia itself must have seemed to blacks in the U.S. as the Back-to-Africa movement arose in the 19th century.

As written by English-Beckwith and performed by the committed cast of this Gale Theatre Company production, the six people we meet regard their Promised Land above Earth and one another with varying levels of hope and skepticism. Is this "heaven" worth believing in if it hasn't been seen? Some trust in faith while others doubt, and the exchanges between them add to the tension embedded in the work, that of the desperate need to escape a world where a black person is killed by someone employed or protected by the U.S. government every 28 hours (a statistic that inspired the play's title, drawn from a 2012 report from the Malcolm X Grassroots Movement). All six actors – Kenah Benefield, Jeremy Rashad Brown, Mae Rose Hill, Delanté Keys, Taji Senior-Gipson, and Oktavea Williams – individually contribute to our sense of that need and the tension it inspires, playing off and against one another, pushing and pulling. But they also do so collectively, in the compelling ensemble movement – a Gale Theatre specialty – created with co-directors Matrex Kilgore and English-Beckwith, and punctuated by Rachel Atkinson's sharp lighting and Alyssa Dillard's nerve-jangling sound.

As with Lisa B. Thompson's Underground, produced earlier this year at the Vortex, TWENTYEIGHT is artfully layered with references to current events, philosophical and political divisions, and history, giving us at once the up-close perspectives of six African-American individuals and a widescreen view of the black experience in this country. We glean the personal craving as expressed by Kanye West: "Workin' this grave shift and I ain't made shit/ I wish I could buy me a spaceship and fly past the sky." But we are also made to feel that there's a countdown coming, one bound to end in a ball of fire and a roar so loud as to drown out all other sound. Three ... two ... one .... 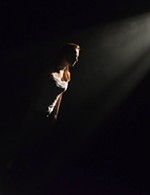