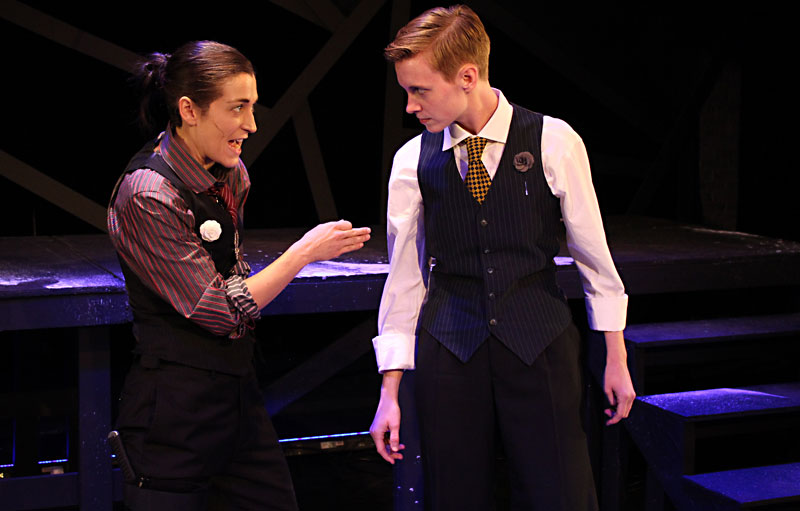 It cannot be argued that Shakespeare's Richard III hasn't been historically one of those plays for (and about) the boys' club. The Bard's tale of a man who lusts for ultimate power and ruthlessly sets out to attain it is dominated by men, and what few roles it has for women are blatantly stereotypical and inactive. There's a witch, a queen, a few mothers, a grieving widow (who is wooed to new love beside the coffin of her dead husband), and that's about all. It's not that the women of Richard III are silent; they just don't get to participate in any of the action. These ladies are surrounded by murder, war, deception, and intrigue, and the most they get to do is grieve the loss of their assorted male companions and children, and perhaps mutter a curse here and there. The play reduces women to nothing more than pretty plot devices, and as if that weren't bad enough, it's also chock-full of observations about gender (mostly out of the mouths of dudes) that are archaic, false, and downright insulting.

There's no doubt about it: The world of Richard III is a man's man's man's world. It can be a tough show to sit through if you are of the fairer sex, and I can tell you from experience that it can be an even tougher show to act in. It's really, really hard to stand onstage bound in a corset with your boobs pushed up to your chin watching the men in the cast tell the story and participate in awesome fight choreography while your biggest challenge as an actor is to take in enough oxygen to prevent you from passing out.

But Last Act Theatre Company has really flipped the script with its all-lady production of this play. With director Deb Streusand at the helm, this fabulous group of feisty females recontextualizes Richard III's played-out plotline, taking it from the doldrums to dynamite for Women Who Act. The text itself is redefined; the slings and arrows thrown at girls are no longer insults, but silent winks to a modern audience who know a woman's place is exactly where she chooses to stand.

From start to finish, the cast seamlessly moves through Richard of Gloucester's unyielding march to England's throne with performances of note that delight, inspire, and chill the blood. Amelia Turner leads the charge as Richard, proving without a doubt that there is no role she can't handle, and Emily Rankin's Buckingham is the quintessential co-conspirator, until her conscience gets the best of her. Most of the performers play multiple roles that necessitate lightning-fast costume changes and character shifts, and if all this isn't reason enough to see Last Act's interpretation of Richard III, consider this: The gender swap lets women in this story have fun for once. And when the actors are having fun, the audience can't help but have fun, too.

Best of all, nobody has to wear a goddamn corset.

Trinity Street Theatre, 901 Trinity
www.lastacttheatre.com
Through July 29
Running time: 2 hr., 40 min.
A version of this article appeared in print on July 21, 2017 with the headline: A Woman’s Place 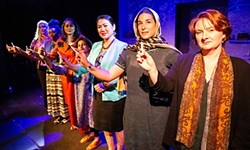 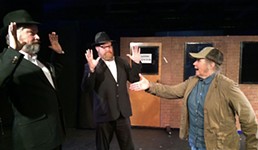